The flagship Xiaomi Mi 7 appeared in the benchmark Geekbench

In the database of the popular benchmark Geekbench appeared the test results of an unknown smartphone Xiaomi Dipper. Experts on the Web believe that under this name the future flagship of Xiaomi Mi 7 is hiding.

In the single-core test, the device scored 2449 points. In the multicore test, its result was 8309 points. For comparison, the results of the super-power iPhone X are as follows: single-core test 4188 points, multi-core - 10069 points. Xiaomi Mi 7 yields to Apple's flagship, but still shows excellent results and will become one of the most productive devices this year. If we talk about the filling, then judging by the same tests, it consists of a new processor Qualcomm Snapdragon 845, 6 gigabytes of RAM and Android 8.0 Oreo. 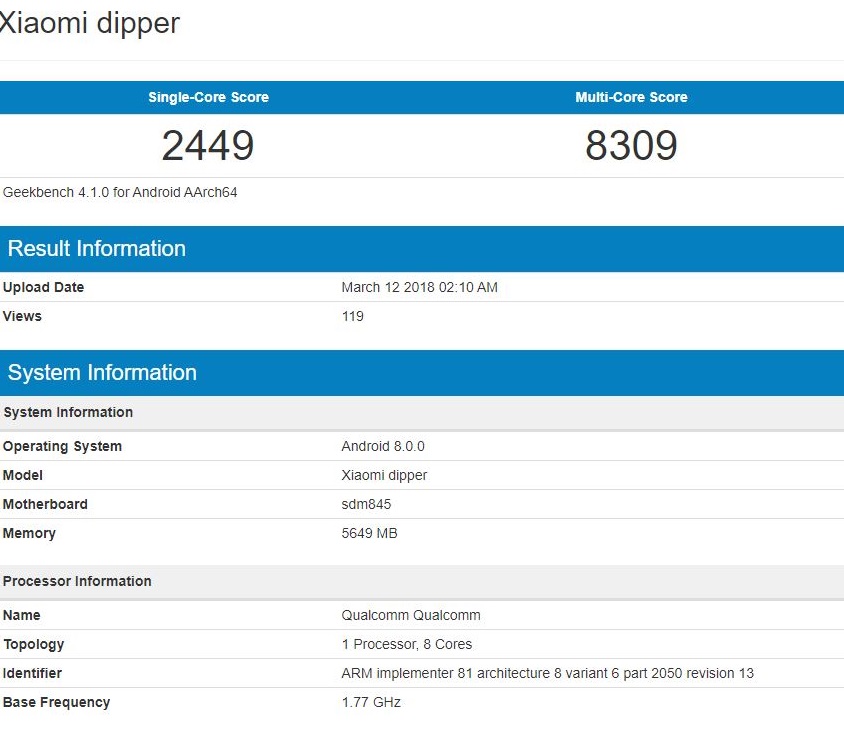 According to rumors, Xiaomi Mi 7 will receive a widescreen OLED display, the Always-On Display function, wireless charging, a built-in fingerprint scanner and even a cut-out like the iPhone X. The approximate date for the announcement of the top-end smartphone is June.