In the Geekbench appeared new smartphones Samsung, and it's still the Galaxy A6 and A6 +

What is the name after all?

AT   numbers of smart phones Galaxy A himself devil's leg will break, and   manufacturer, similar and   himself became entangled in   figures. Earlier in   Samsung reported   Change of " nominal " policy: instead of updated versions of Galaxy A5 and   A7 in   This year, Galaxy A8 and   A8 + , which recall last year's flagships with their names.

While the logic of the company remains a mystery, Geekbench reveals some characteristics of new products, like   they would   neither   were called. So, the " hearts " of the devices will be Snapdragon 625 and   Exynos 7870 (for different countries). Models will receive a different amount of RAM: 3 GB   the   regular version and   4 GB   the   " Pluses " . " From   boxes " both will receive the Android 8.0 Oreo operating system. 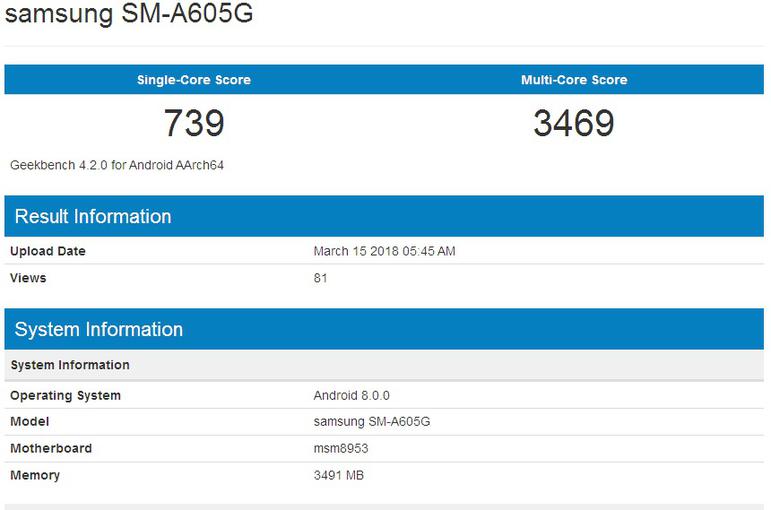 No more details about   devices do not.