Oppo released a frameless smartphone with a cutout, a MediaTek P60 processor and the name Oppo F7

Oppo F7 received a widescreen display of 6.23 inches with a resolution of 2280 by 1080 pixels and a cutout, like the iPhone X. The screen takes up 88% of the front panel. The core of the filling is the MediaTek P60 chip. In the work it is helped by 4 or 6 gigabytes of RAM and 64 or 128 gigabytes of internal memory. The basic single camera at 16 megapixel is not impressive, but the camera camera with a 25-megapixel module and aperture F / 2.0, on the contrary. The front camera is equipped with artificial intelligence, which determines the age and sex of people in the photo, and then improves their pictures. The 25-megapixel module supports an enhanced dynamic range, is able to superimpose AR-effects on the photo and is equipped with a face recognition function. The battery capacity is 3400 mAh. Controls the device OS Android 8.1 Oreo with the native shell ColorOS 5.0.

Oppo F7 will be released in black, red and silver colors on April 9. While the novelty will be sold only in India. When to wait for the appearance of a smartphone in the world market is still unknown. Oppo F7 version for 4/64 GB was estimated at 273 euros. The version for 6/128 gigabytes will cost 336 euros.

We are waiting for another clone of Apple's flagship with average characteristics, pleasant price and no surprises. In the ratio of the price of filling Oppo F7 gives odds to another novelty Sharp Aquos S3 . But the appearance of the latter is much more impressive and despite the cutout the Japanese could give their device more personality. 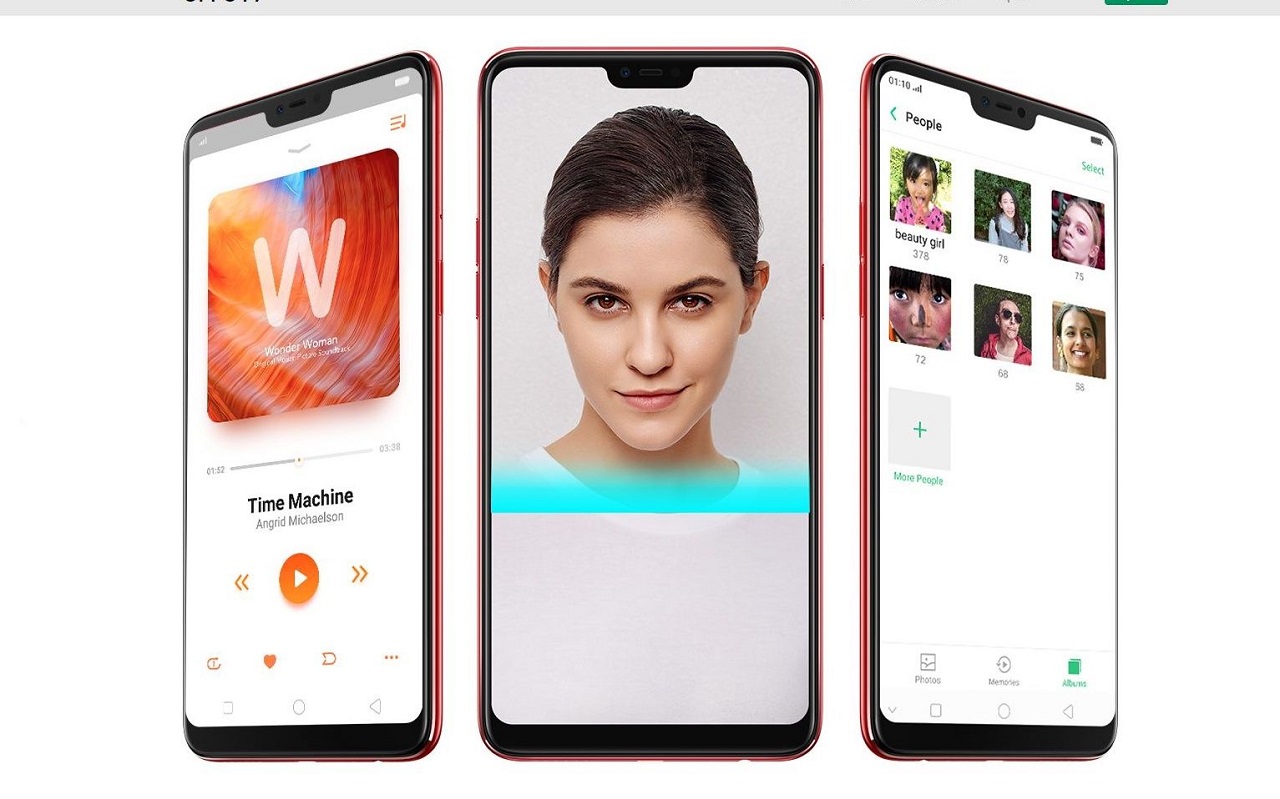