Apple released the iPad 2018 with a stylus and an A10 Fusion processor, like the iPhone 7

Apple introduced a new 9.7-inch iPad of the 2018th model year. The novelty has received improved technical characteristics and a corporate stylus from iPad Pro.

Apple iPad 2018 does not differ from its predecessor in 2017. Changes touched the filling and system, and added a new features gadget. The heart of the metal novelty was the A10 Fusion processor (before that, Apple A9 was standing). The same is under the hood of the iPhone 7. Internal memory - 32 gigabytes. In addition, the tablet is equipped with a Retina-screen with a resolution of 2048 by 1536 pixels, the main camera with Full HD video support and an 8Mp module. The front camera here is FaceTime HD with an image sensor at 1.2 megapixels. Do not forget about the LTE-module with a data transfer rate of up to 300 Mbps and a fingerprint scanner Touch ID. According to the creators, the battery will last for 10 hours.

Apple iPad (2018) also supports the ARKit Augmented Reality technology, and specifically for the proprietary stylus, the accuracy of the touch sensor has been increased. The physical "simka" is not supported here. Instead, it uses a virtual Apple SIM. The service supports work in 180 countries, including Ukraine and Russia.

Manages the Apple iPad 2018 with a fresh iOS 11. There is a batch of updated applications for work and study: Notability, Pages, Numbers, Keynote and Microsoft Office. The latest program supports the function of Smart Annotation and work with the stylus Apple Pencil. 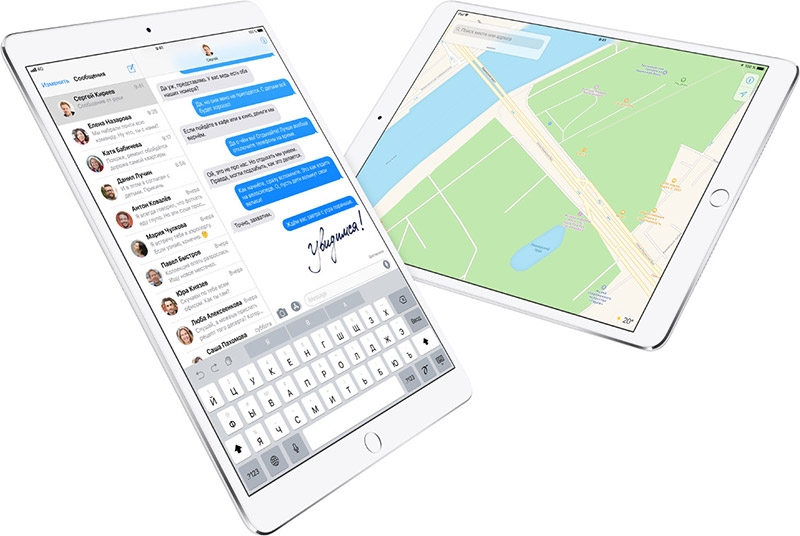 The new iPad 2018 will appear in the colors of Silver, Space Gray and Gold. The usual version with Wi-Fi will cost 329 US dollars. For American schools, the price will be reduced to $ 299. Will this rule work for schools in other countries is still unknown. LTE-version of the tablet will cost $ 459. The stylus is not included in the kit and you need to buy it separately for $ 99. For US schools, the price tag was reduced to $ 89. For them, the size of the cloud iCloud increased to 200 gigabytes. 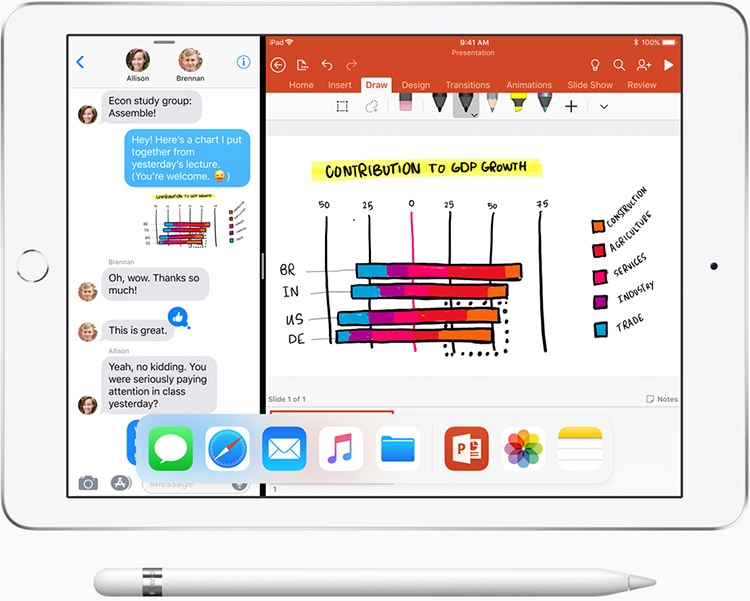 Apple iPad (2018) can be ordered today. The first batch will be on sale this week in 25 countries of the main region (USA, Western Europe, Canada, China and others). In April the novelty will appear in the CIS countries. South Korea and the rest of Asia and the world will see a fresh tablet not earlier than May.

We expect a classic, stylish, powerful and relatively inexpensive, as for Apple, tablet. Due to the updated A10 Fusion processor, the iPad 2018 can easily compete with the Samsung Galaxy Tab S3, which was positioned as an opponent of the iPad Pro.