Apple released iOS 11.3 with new chips for the battery and augmented reality

Apple "rolled out" iOS 11.3, which will update ARKit, add the application "Medical Card" and new functions related to autonomy.

In the updated iOS, users can view the battery status of the iPhone. The smartphone will show the level of "health" and whether it is worth running to the service center for replacing the battery. The feature is available on Apple smartphones, starting with the iPhone 6. 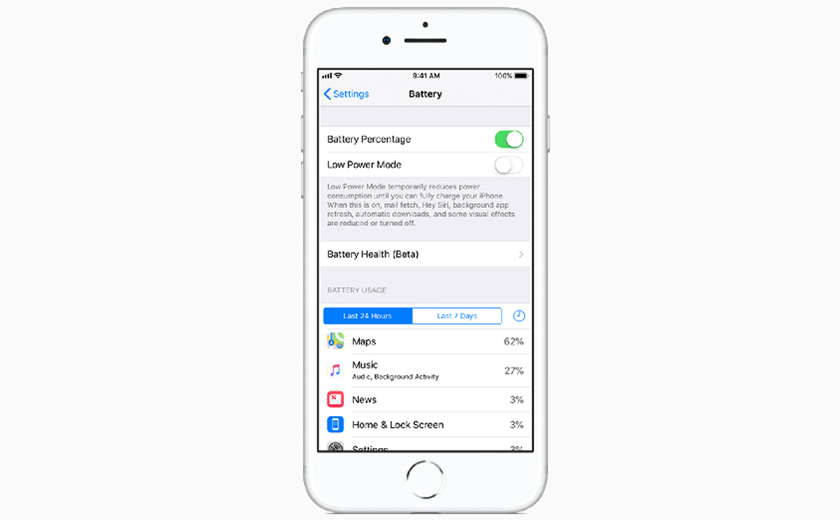 The second chip is known from beta. Apple allowed users to turn off features that affect the performance of the iPhone. Back in December 2017 the company admitted that it was slowing its own smartphones to achieve greater autonomy from old batteries. Not everyone appreciated the idea, and Apple decided to make this function optional. Works on the iPhone 6, 6 Plus, SE, 6s, 6s Plus, 7 and 7 Plus.

Now AR on the iPhone has become smarter and has learned to distinguish between walls, doors, armchairs, round tables, etc. Also added four new Animoji. Now stupid faces will crumble a bear, a skeleton, a lion or a dragon.

Apple decided to take care of the health of users and added the application "Medical Card" (Health Records, - English.) The application connects medical institutions to store the history of your sores, prescriptions and tests in one place. If your teeth and back are treated in different clinics, you will need it. Unfortunately, the application does not support CIS clinics. For a complete list, see the Apple website.

iOS 11.3 is available for iPhone 5s and under. All models iPad Air and iPad Pro, iPad fifth and sixth generation, iPad mini 2 and newer. Also iPod touch the sixth generation.