The results of the week: TV Xiaomi Mi TV 4S for $ 190, 10 powerful smartphones in March according to AnTuTu and a display scanner of fingerprints from the Galaxy S10

Xiaomi introduced a budget model of a smart TV Xiaomi Mi TV 4S with a diagonal of 32 inches. Xiaomi Mi TV 4S has a screen resolution of 1366 by 768 pixels. The refresh rate of the screen is 60 frames per second, the response time of the matrix is ​​8.5 ms, and the viewing angle is 178 degrees. The new low-cost TV was also equipped with a 4-core Amlogic T962 chip with Mali-450 MP5 graphics, 1 gigabyte of RAM and 4 gigabytes of flash memory. There are USB ports (2 pieces), HDMI (2 pieces) and LAN, as well as an extended dynamic range. The sound is transmitted by a pair of speakers at 10 watts. The power consumption of the TV is 50 Wh / h. Smart TV Xiaomi Mi TV 4S has already been released in China at a price of 190 US dollars. When the novelty appears on the world market is still unknown.

AnTuTu released a list of the most productive smartphones in March . The most powerful Android smartphones this month were Galaxy S9 + and Galaxy S9 (with Snapdragon 845 chips). They took the first and second place in the list. Devaysy scored 264,402 and 263754 points respectively. They are followed by Huawei Mate 10 and Mate 10 Pro with Kirin 970 processors. The fifth place is occupied by Huawei's smartphone Honor V10 with the same chip. The following positions have been shared by OnePlus 5 / 5T, which have SoC Snapdragon 835 installed. Well, they complete the list of Nubia Z17 / Z17s and Xiaomi Mi 6.

Samsung began distributing the update of Android 8.0 Oreo for smartphone Galaxy A5 version of 2017. The smartphone received a new version of the shell Samsung Experience 9.0 with new styles for Always On Display and Dual Messenger for simultaneous use of multiple accounts in instant messengers. There was a menu of quick actions for long pressing on the application icon, and in the keyboard now there is a search for hyphae. The developers added the settings in the client of the online store of Samsung Cloud and allowed to download any files. Bluetooth now supports AAC and Sony LDAC codecs. Another feature from Android 8.0 Oreo - limiting applications in the background, which saves battery power. The size of the update file is 1.2 GB.

According to Korean publications, in the "anniversary" Galaxy S10, the company decided to do without dramatic changes in design . In the division Samsung Display has already received the specifications of the screens, and this again will be extended panels Infinity Display without cutouts. The diagonal will increase literally by the hundredths of an inch: the standard Galaxy S10 will get 5.8-inch, and the large Galaxy S10 Plus - 6.3-inch display versus 5.77 and 6.22 inches for its predecessors. Mass production of displays will begin in November. The fingerprint reader will be built into the screen. Another innovation will be a 3D camera. The development of the Israeli start-up Mantis Vision allows you to scan space and create three-dimensional models of objects. The production of a new generation camera will be carried out by Namuga. Other sources also report a proprietary 10-nanometer Exynos 9820 chip and a solid frame of a new aluminum and magnesium alloy metal 12.

A well-known insider Evan Blass reported the codename Samsung Galaxy Note 9 . The device will be called "Crown" - "Crown". Thus, the manufacturer wants to emphasize the superiority of the device and hints that Note 9 will become the king of the line of the ninth generation of Galaxy. The leaks report that Note 9 will receive a 6.38-inch Super AMOLED display with an aspect ratio of 18.5: 9 and a bend on the sides, an Exynos 9810 processor (in the US and China - Snapdragon 845), 6 GB of RAM and 128 GB of internal memory, battery for 4000 mAh, housing with protection against water IP68 and traditional stylus. The camera modules are likely to be identical to the Galaxy S9 +. According to rumors, Note 9 will be presented in late July-early August, that is, almost a month before its predecessor. 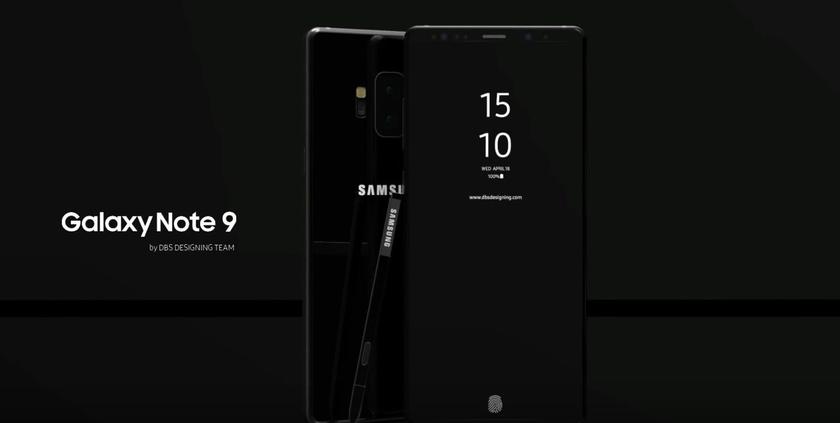 In the near future, the latest version of Android 8.1 Oreo will receive Xiaomi Redmi Note 5 Pro. The official "flashing" for the smartphone with the number 9.5.6.0.OEIMIFA "leaked" into the network. Most likely, OTA-update will be sent out this month. It features a March security patch and VoLTE support (Voice over LTE). But the most important innovation is compatibility with Project Treble. And this means that in the future the smartphone will be much faster updated to the current versions of the OS.

The list of banned sites in Russia is supplemented by IP-addresses of eminent corporations . Alexander Zharov, the head of Roskomnadzor, explained this by saying that Telegram switched to the sub-networks of Amazon and Google. The scale of the lock is impressive, in the total amount was blocked by almost twenty million IP-schnikov, among them the most part belongs to the subnets Google and Amazon. Problems are also experienced by other messengers, social networks (Instagram, Twitter) and gaming platforms, such as RBK Games. The funny thing is that the lock hit the entire runetu, but Telegram both worked and works, some users just have to connect the VPN, but it's done in two clicks.

Funded by Xiaomi startup Black Shark Technology held a presentation of the debut gaming smartphone Black Shark . The device received a 5.99-inch screen with an aspect ratio of 18: 9 and a resolution of 2160 × 1080 pixels. The performance is answered by the flagship Snapdragon 845 processor with Adreno 630 graphics. The smartphone uses a chip cooling system with a large heatsink and water coolant. The smartphone is available in versions with 6/8 gigabytes of operating and 64/128 gigabytes of internal memory. No expansion options - a tray for only two SIM cards. The main dual camera consists of a 12-megapixel module and a second one with 20 megapixels, a background blur mode is claimed. For the front 20-megapixel camera, future software updates will support face recognition. Other characteristics, prices and release date read in the original news.