Judging by the test results, Samsung Galaxy J2 Core belongs to the initial segment. The device scored 625 points in a single-core test and 1747 in a multi-core test.

The heart of the smartphone was an unknown 4-core processor with a clock speed of 1.43 GHz. In addition, there is 1 gigabyte of RAM and Android 8.1. On the other characteristics, the date of announcement and the price of the device is still unknown. But if the device appeared in the database Geekbench, then before the announcement is very little time. 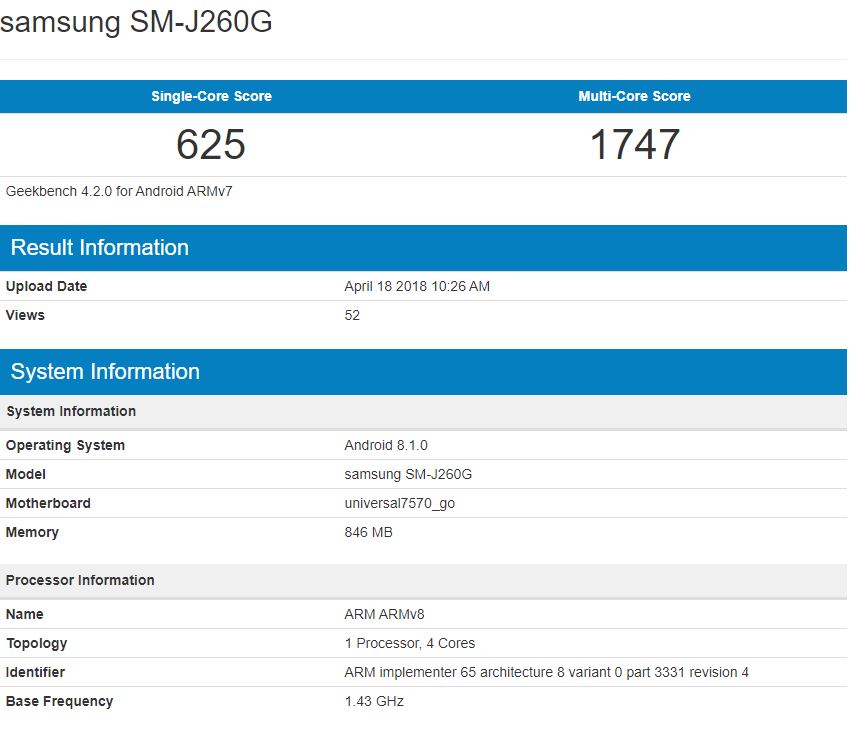