Xiaomi Cactus: maybe a new budget smartphone on Android 8.1 with a MediaTek chip

In addition to the flagship Mi 7, an unknown device called Xiaomi Cactus was found in the database of the Geekbench benchmark. It is believed that this is a possible modification of the Xiaomi Redmi 5X or simply a new budget machine of the Chinese giant.

A novelty with a strange name Cactus scored in the single-core test 802 points. In the multi-core mode, its result was 2334 points. These indicators correspond to the apparatus of the budget segment. 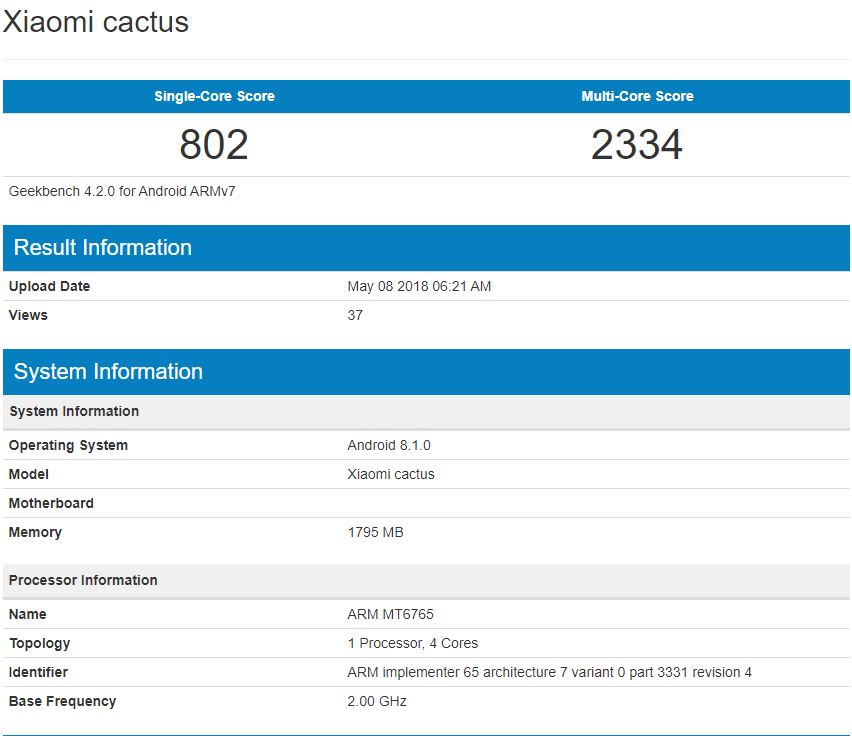 In April, the Geekbench database was visited by another unknown smartphone Xiaomi Cereus with a MediaTek MT6765 chip, just like Cactus. Then it was thought that it could be Xiaomi Redmi 5X, but it came out with a Snapdragon 625 processor. Perhaps Xiaomi Cactus and Cereus will be the same brand new cheap device.