The results of the week: "live" photos Xiaomi Mi 7, details about Galaxy S10 and gifki in the keyboard Gboard

In the Chinese social network Weibo published photos of the prototype Xiaomi Mi 7. The first image shows two smart phones with vertically positioned dual cameras, like Mi Mix 2S, Redmi Note 5 Pro and Mi 6X, as well as fingerprint scanners. Presumably the photo shows Xiaomi Mi 7 and its older model Mi 7 Plus. The following photos show the front of the device. It can be seen that the novelty will have a large screen with minimal frames and a cutout, like the iPhone X. According to the leaks, special sensors for scanning the face (Face ID analog) will be placed on it. All new photos look in the original news .

Smartphones Samsung Galaxy A8 and A8 + appeared on the site of Wi-Fi Alliance with the new version of the software . According to the site model SM-A730F (Galaxy A8 +) and SM-A530F (Galaxy A8) are running a fresh operating system Android 8.0 Oreo. Since both smartphones have been certified, then the update will begin to spread in the near future. In the firmware should add features to the new OS: point of notification, autocomplete and more. In addition, a little update the interface and the version of the shell Samsung Experience. 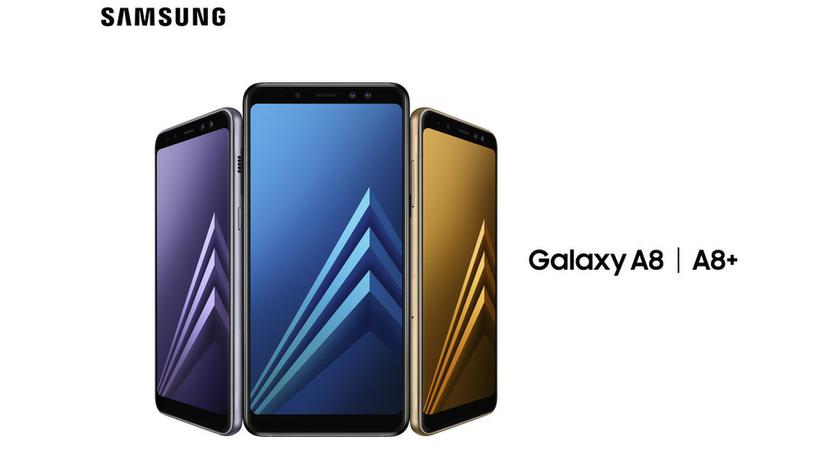 In the database of the Chinese certification agency TENAA appeared characteristics of the new Samsung smartphone with the index SM-G8750 . It is believed that this is unannounced Samsung Galaxy S8 Lite. Visually Lite-version is similar to its older "brother". Here and the display with curved edges, and 5.8-inch screen with an aspect ratio of 18.5: 9, and a fingerprint scanner next to the main camera. The resolution of the display is 2220 × 1080 pixels. Work smartphone will be on the Snapdragon 660 (Galaxy S8 -Qualcomm Snapdragon 835), but the amount of memory is the same - 4 GB of RAM and 64 GB of ROM. Galaxy S8 Lite will receive an 8-megapixel camera and a main camera at 16 megapixels, the battery capacity is 3000 mAh. The dimensions of the device are 148.9 × 68.1 × 8.0 mm, out of the box the smartphone will run on Android 8.0 Oreo. When Samsung introduces the Galaxy S8 Lite - is unknown. 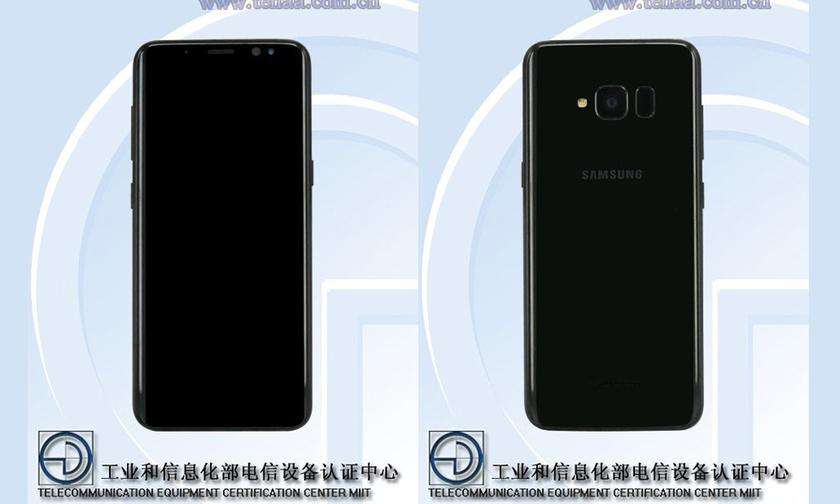 Unknown device Asus with processor Snapdragon 845 appeared in the database Geekbench. According to the test, the smartphone has the model number Z01RD, but previously it was reported that ZenFone 5z will be released under the number ZS620KL. Perhaps this is the same device, but for different markets. Nevertheless, it is known that the device has a top-end chipset Snapdragon 845 with a clock frequency of 1.7 GHz and 8 GB of RAM. In addition, the novelty is running Android 8.0 Oreo. In a single-core performance test, the Asus Z01RD scored 2471 points, and in the multi-core test - 9209. The results are slightly higher than in the yet unannounced OnePlus 6.

Famous insider Steve. H (OnLeaks) and TigerMobiles presented detailed renderings of the unannounced smartphone iPhone SE 2. According to sources, the novelty will receive a number of innovations, some of which were mentioned in past accounts. The new iPhone SE will be equipped with a glass back cover and wireless charging. Despite the past "live" photos, the smartphone will still lose 3.5-mm audio jack and a mechanical button "Home". But it will acquire a modern widescreen screen with thin frames, a cutout, like the iPhone X and the company's Face Face recognition system. iPhone SE 2 will receive a 4.2-inch screen, the A10 Fusion processor (like the iPhone 7) and the NFC chip. The exact date of the announcement of the novelty is still unknown, but it is believed that this will happen already in May or in June. All new renderers look in the original news . 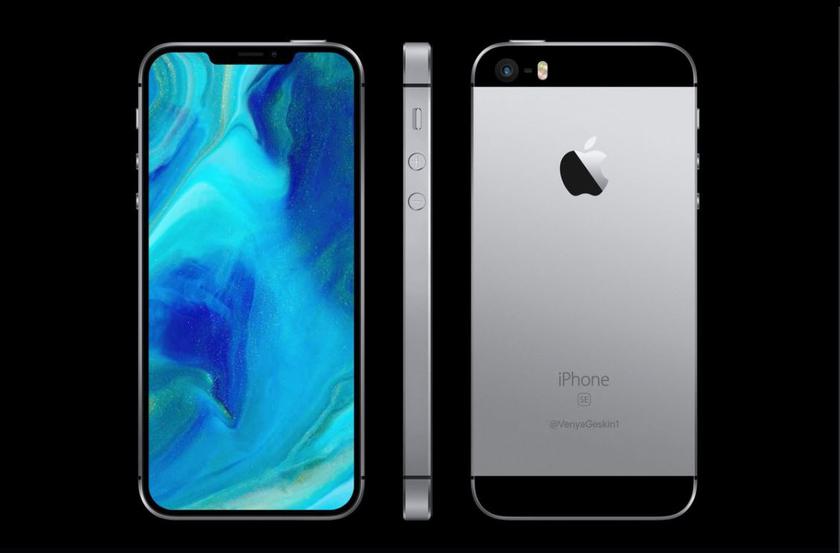 Profile portal SamMobile revealed the code name and a number of interesting details of the future flagship Samsung Galaxy S10 . The novelty will be codenamed Beyond. The Korean giant is working on a new flagship for a couple of months. Now, developers think which of the three built-in screen fingerprint scanners to use. The choice is a sensor scanners manufactured by Ezestek, Qualcomm and Synaptics. Samsung is able to order all three companies to hedge and prevent the deficit of these components. The flagship Samsung Galaxy S10 is credited with the function of recognizing faces of a new generation. It will be at the level of Face ID technology in the iPhone X, but the work is still underway, and the creators solve the problem with the accuracy of face recognition and other minor but important shortcomings. 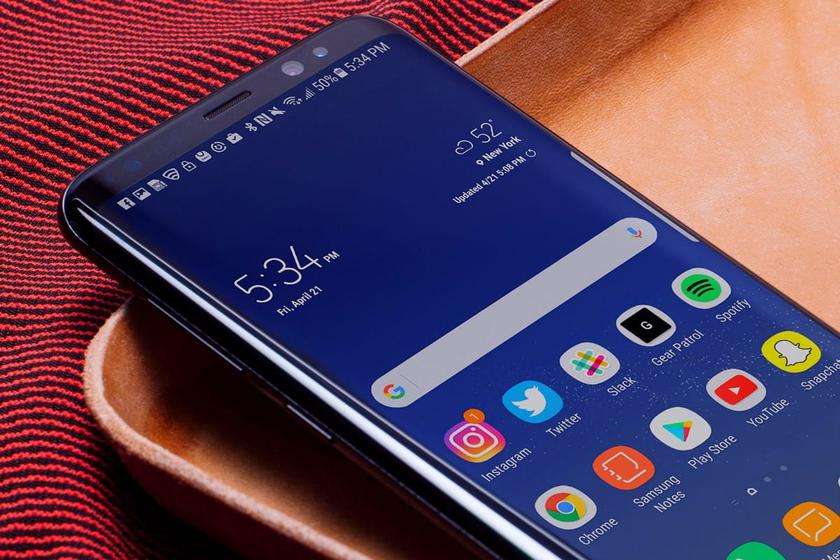 The mention of the model Galaxy J6 appeared on the Ukrainian and Indian sites of the company . Samsung Galaxy J6 (2018) in February, lit up in the benchmark and managed to pass certification in the FCC, so some characteristics are already known. The smartphone will receive a 5.6-inch elongated display with an aspect ratio of 18.5: 9. Inside, the eight-core chipset is Exynos 7870, RAM - 2 GB. There is no information on the cameras, but OS Android 8.0 Oreo is confirmed. Naturally, instead of the standard interface will be the company's proprietary shell. The novelty supports two SIM-cards. In our latitudes there will be a modification with the index SM-J600F, in India - SM-J600G, and for Western Europe can release the third version of SM-J600FN.

Google began testing the new function of the keyboard Gboard - the creation of exclusive GIF-images on devices running Android. In the Gboard, a new section "My Gifki" appeared, where the collection of animated images will be stored. Users will be able to create hyphas for up to three seconds, like Boomerang mini-rollers in Instagram. You can apply various filters to the images and save the finished GIFs to the collection. While the new function works only in the test assembly, but in the nearest updates it should appear for all users. By the way, on iOS-devices new gifki are available for several months. 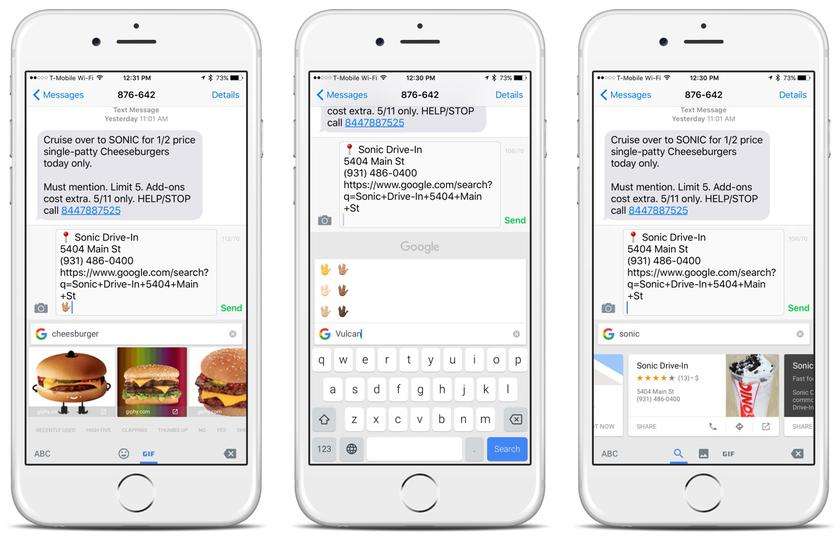