Technical specifications of the main camera of the flagship smartphone Xiaomi 12 Ultra have leaked to the Net. It will be the successor to the Xiaomi Mi 11 Ultra, which topped DxOMark's camera phone rankings before the Huawei P50 Pro premiere.

The current generation Ultra version features two 48MP modules and a 50MP main camera. The upcoming novelty, at least on paper, should prove to be better. The Xiaomi 12 goes by the codename Zeus. It will be equipped with the flagship Snapdragon 898 processor.

In the main camera, we will again see three optical modules. The resolution of the main one will be 200 megapixels. At the same time, by combining four adjacent pixels, it will produce 50MP images (8192 x 6144 pixels), like the 50MP Sony IMX700 and Samsung S5KGND sensors.

The Xiaomi 12 Ultra camera will include a pair of 50-megapixel modules: ultra-wide-angle and telephoto. The optical zoom ratio will be 10x, which no other smartphone from the company from the Celestial Empire can yet boast of. 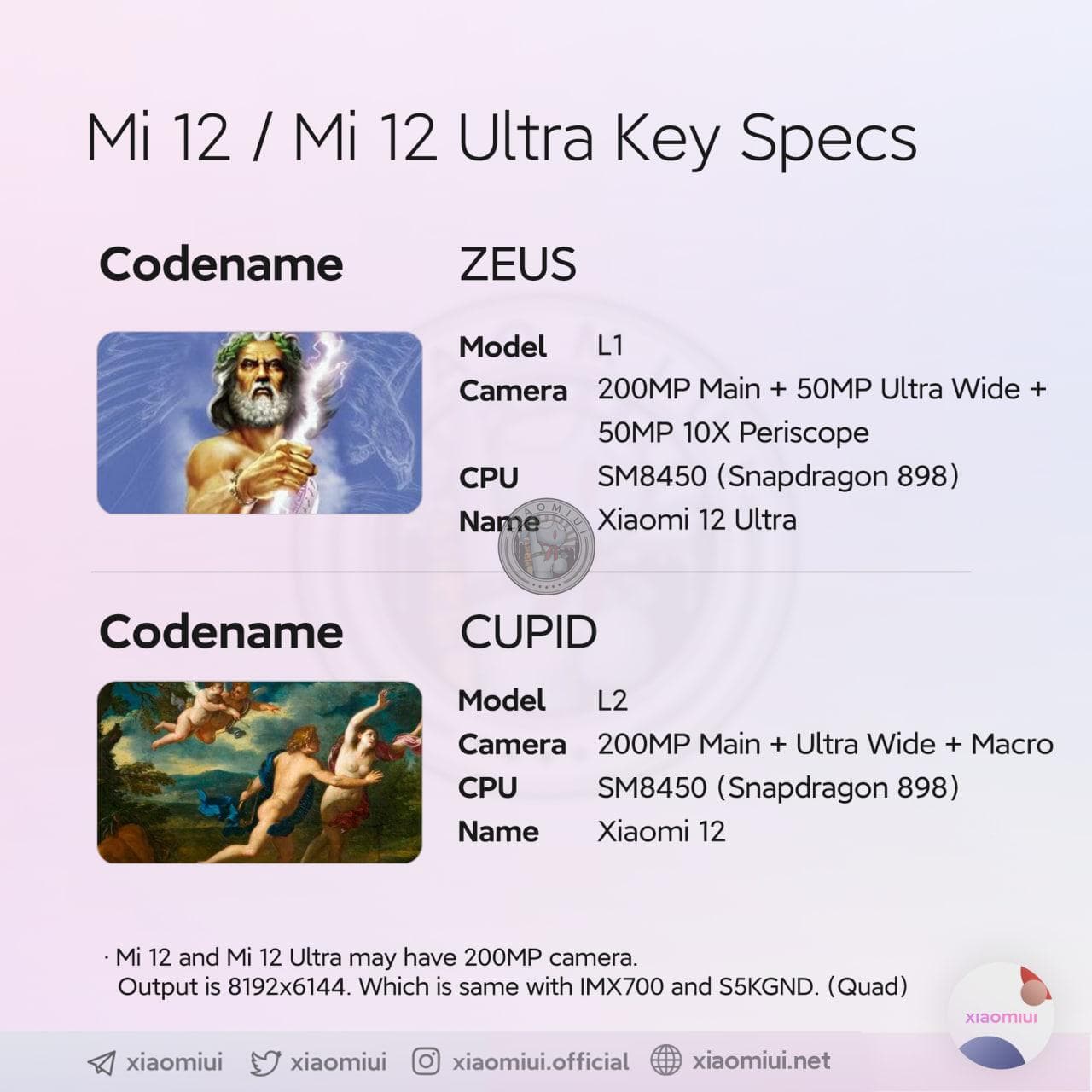 In the screenshot above, you can also see some specifications of the Xiaomi 12 codenamed Cupid. We previously reported that the smartphone will get a 200MP camera and Snapdragon 898. Nothing has changed in this regard. But it became known that the model will not get a full-fledged telephoto lens. Its place will be taken by a module for macro photography.