Xiaomi is already testing Android 12 for Mix 4, Mi Pad 5, Poco X3 Pro and Redmi Note 8 2021: Which smartphones will get the update

The other day Xiaomi's flagship Mi 11 received Android 12. And now an updated list of devices that can or can't count on the new version of the operating system has appeared on the web.

As for the list, it updated on August 28. Keep in mind this is an unofficial list - it is based on leaks. The updated list confirms that Mi Note 10 and Mi Note 10 Lite models will update to Android 12, but owners of Redmi Note 9 Global and Redmi 10×4G should not expect the update. 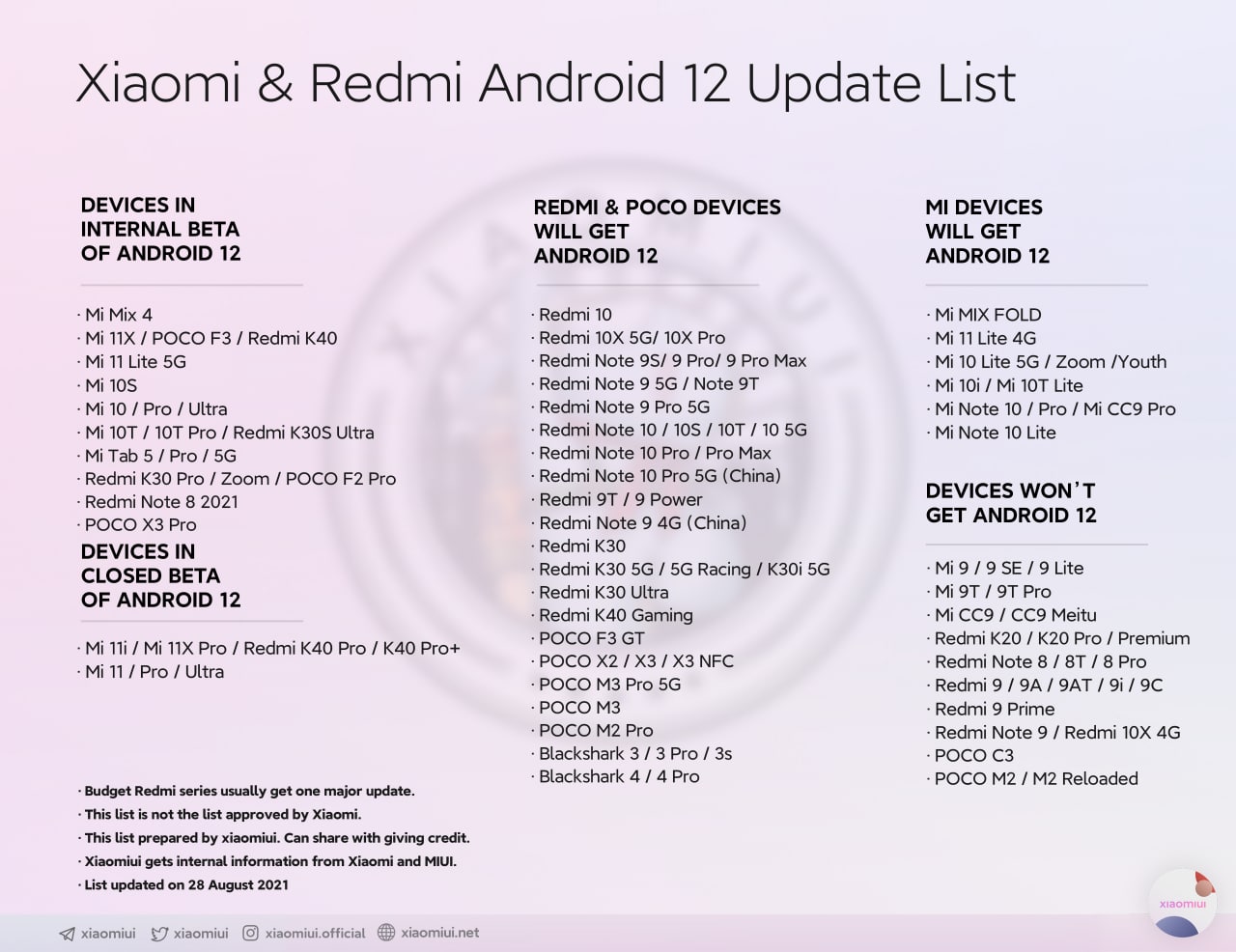