Holograms have been created that can be touched

The TV series Star Trek: The Next Generation introduced millions of people to the idea of a holodeck: a realistic three-dimensional holographic projection of a complete environment where you can interact with your environment and touch objects. Now scientists have invented a system that makes this idea a reality.

Holograms are increasingly being used in our daily lives: they are used in medical systems, education, art, security and defense. But so far, visual images remain only visual. A team of flexible electronics and sensing researchers at the University of Glasgow has developed a hologram system using "aerohaptics," which creates a sense of touch using jets of air. These jets of air create a sense of touch on people's fingers, hands and wrists. 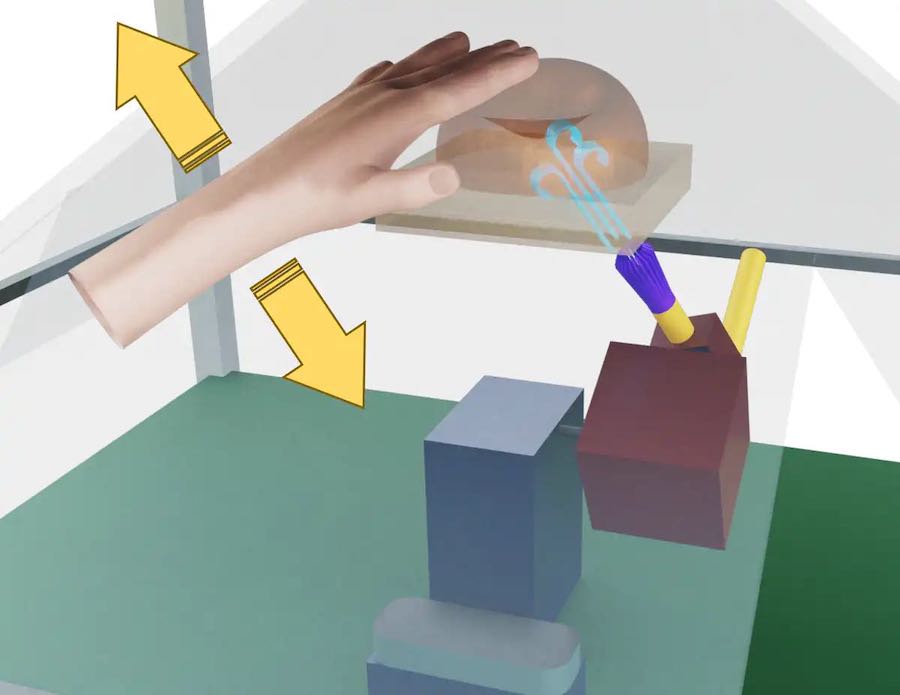 In some ways, this is a step up from the current generation of virtual reality, which requires you to wear a headset, glasses, and smart gloves or handheld controllers to provide haptic feedback. Adding a sense of touch can give holograms an extra dimension without having to wear gloves to feel contact with objects.