Last October, Harley-Davidson officially entered the e-bike scene under the Serial 1 name and showcased a great prototype to celebrate. Unfortunately, the production models lost much of the Number One's retro charm, but now the company has addressed that problem by releasing a limited edition of the original concept under the S1 MOSH/TRIBUTE name.

It has been reported that Number One is based on Harley-Davidson's oldest known motorcycle, which is on display at the brand's museum in Milwaukee.

Much of the limited edition version of the bike is taken from the MOSH/CITY model, which means pedaling assistance is provided by a 250-watt Brose S-Mag motor and torque sensor. Cyclists can expect 90 Nm (66 lb-ft) of torque and the ability to accelerate up to 20 mph in the U.S. and up to 25 km/h in Europe. 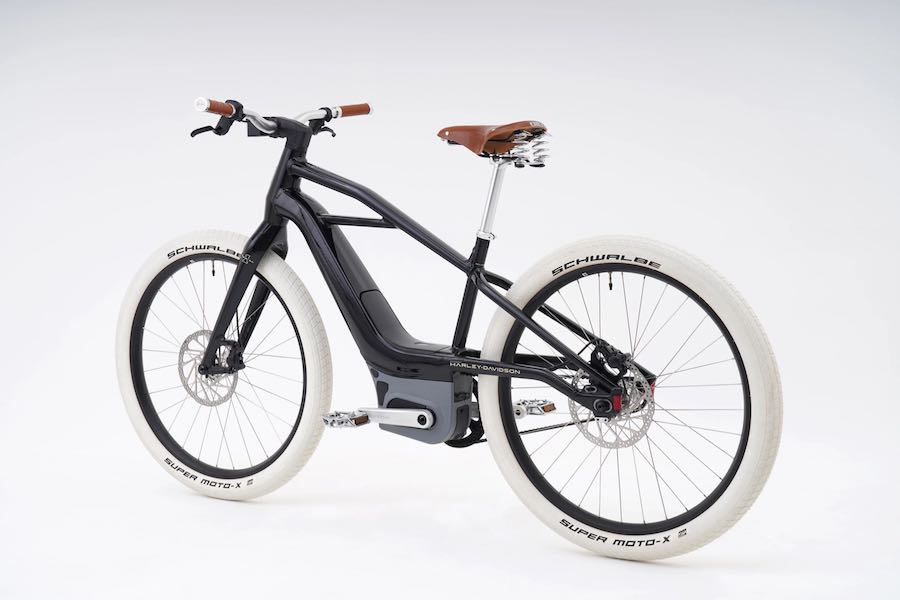 The 529Wh removable lithium-ion battery pack built into the frame is rated for a "realistic range of 35-105 miles (56-168 km)." A Gates Carbon belt transmission connects the crank to a single-speed freewheel hub at the rear, and braking power is provided by hydraulic disc brakes front and rear, each with 203mm rotors.

Only 650 copies will be produced, which will go on sale equally in the U.S. and Europe. While the MOSH/CTY sells for the relatively high price of $3,799, the new limited edition is priced at $5,999. Deliveries are expected to start in Q4.