A week after a massive Facebook outage that shut down all of the social network's apps for more than six hours, Instagram said it is testing notifications that will alert users to "temporary issues" such as crashes or other technical glitches. 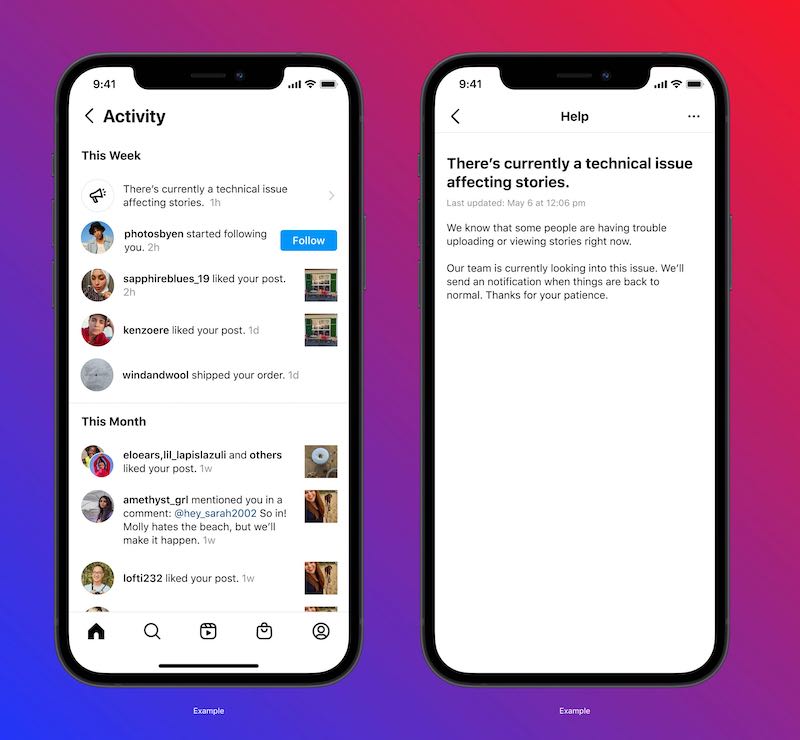 The new alerts will appear in users' activity feed along with other notifications in the app. The messages can be used to let users know about specific issues, such as Story uploads not working, or a more massive problem like the two glitches last week.

It's important to note that Instagram says it doesn't plan to alert users to every problem, but to those that could take on a mass scale. Overall, the social network's efforts are understandable given the number of FB/Instagram/WhatsApp users registering with competing services like Twitter or Telegram during the total failure of Zuckerberg's brainchild.

Instagram also showed off a new "account status" section in the mobile app, which is designed to notify users of "what's going on with your account" in general. Instagram says it will start with notifications about forced deletion of posts and that the account is "in danger of being disabled" due to rule violations.