In early September in China there was a presentation of the smartphone Realme 8i. A month later, the new product debuted in Europe, where it will try to impose competition Redmi 10.

The smartphone is equipped with 6.6" IPS-display format Full HD + with support for refresh rate 120 Hz. There is a 16MP front-facing camera on the front side, while the back has a main camera with a 50MP main module and two 2MP image sensors.

Realme 8i has got a 12nm Helio G96 single-chip system that works in tandem with 4GB of RAM. The storage capacity can be 64GB or 128GB depending on the modification, and the battery has a capacity of 5000mAh.

The Realme 8i with 64GB and 128GB of internal storage cost €199 and €219 in Europe, respectively. Until October 20, all buyers can buy the smartphone at a discount of €20. Available colors of the body are Space Black and Stellar Purple. 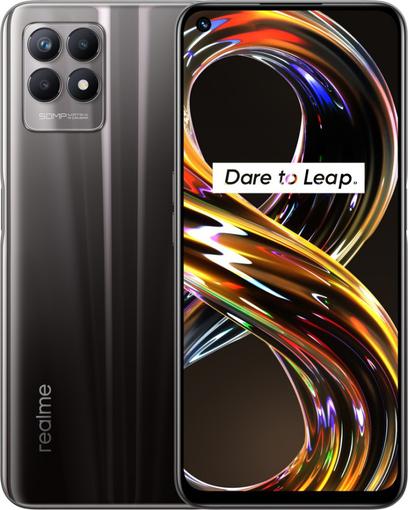 Competitor in the face of Redmi 10 is also sold in modifications 4/64 GB and 4/128 GB, but costs €20 cheaper without taking into account the discount. True, the Xiaomi smartphone has a 90Hz screen and Helio G88 chip. But it boasts NFC and stereo speakers.