ZTE, without any fuss, launched its new router with Wi-Fi 6 support.

The novelty received a futuristic black body and six antennas. They amplify the signal by 6 dB and can bend 180 degrees. The device runs on a proprietary processor. It has eight NPU cores and four CPU cores clocked at 1.1 GHz. Such a combination provides a data rate of up to 20 Gbit / s. 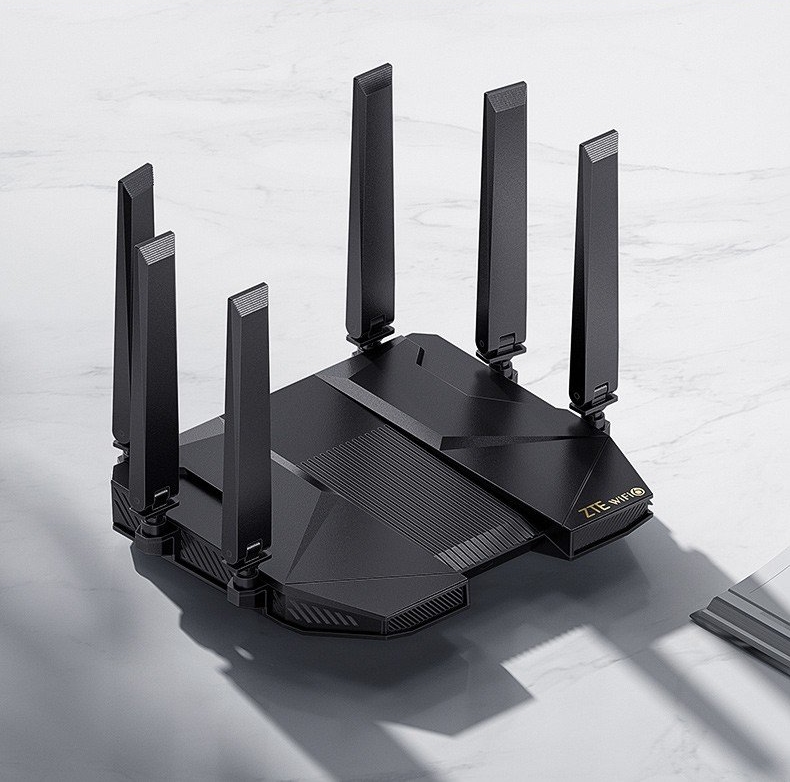 ZTE AX5400 Pro has a configurable network port that can support broadband access at 2500 Mbps. The router also supports 6,160 MHz Wi-Fi bandwidth. As for heat dissipation, an aluminum-silicon and aluminum-magnesium alloy heatsink with graphene coating is responsible for it. Of the interesting things about the device, we should also mention the NetEase UU and Tencent accelerators, which reduce the latency of data transfer during online gaming.

ZTE AX5400 Pro has already started selling in China. They are asking $85 USD for the router. Whether the product will appear on the global market is unknown.