ZTE is preparing the Watch GT smartwatch: it will be unveiled together with the ZTE S30 Pro smartphone

ZTE hinted on the social network Weibo about the release of a new smartwatch.

The manufacturer announced a photo contest, the winner of which will receive a novelty. The watch will be called ZTE Watch GT. Unfortunately, there are no details about them yet, but most likely, the device will be an improved version of last year's model ZTE Watch Live (on the cover). As a reminder, they have a 1.3-inch square display, IP68 protection, Bluetooth 4.2, 12 sport modes and a price tag of $35. 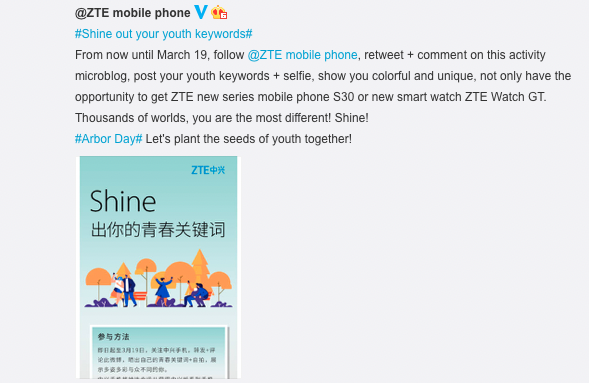 The company has not yet announced a Watch GT announcement date, but it is highly likely that the watch will debut along with the ZTE S line of smartphones.