Motorola, now owned by Lenovo, in August unveiled in China smartphones Moto Edge S Pro and Moto Edge Lite, and now the Chinese manufacturer is preparing for the release of another device in the line.

Chen Jin, CEO of Lenovo's mobile division in China, posted a teaser of the smartphone called Moto Edge X on the social network Weibo. Chen did not provide any details about the new product, but if we believe the rumors, it will be the company's new flagship device. 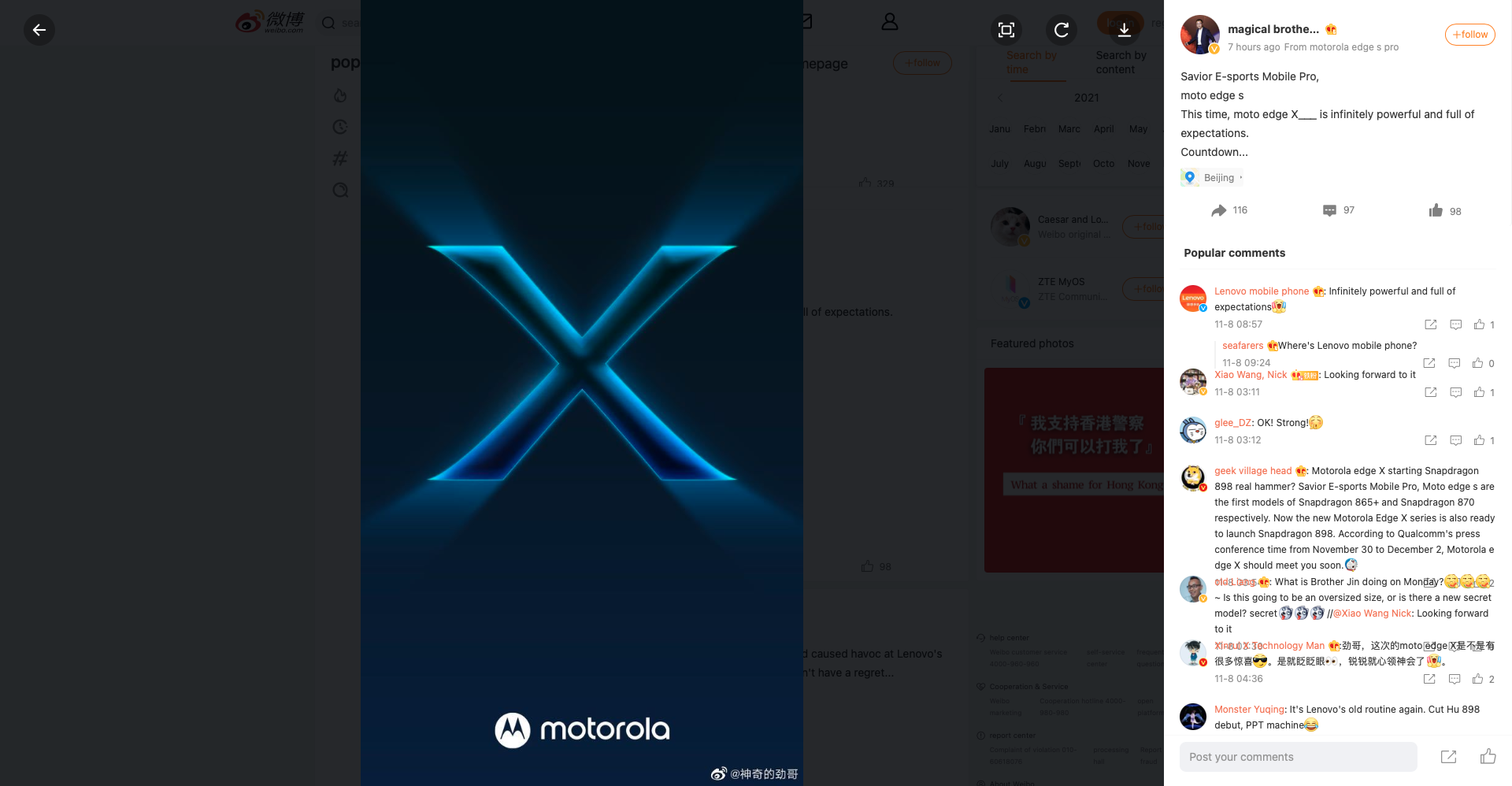 The device is expected to be unveiled in December. Novelty will boast of a new flagship Qualcomm Snapdragon 898 processor. By the way, if you believe the insider, Moto Edge X will be one of the first smartphones on the market with such chipset on board.