Thanks to numerous rumors, we already know that Apple is actively working on its first electric car, although the company itself has not yet admitted to this.  , but no one has seen  -  . Designers from Vanarama corrected this and created a Apple electric car.

What did they show?

Taking Apple patents related to transportation, the authors of the concept showed both the appearance of the car and the interior design. The Apple Car in these images resemble the Tesla Cybertruck, only with smoother edges. Immediately attention is drawn to the single glass roof, which includes windows, sunroof and  windshields - this is the design described in patent US10384519B1 for a way to build a car without having to separate the glass panels. 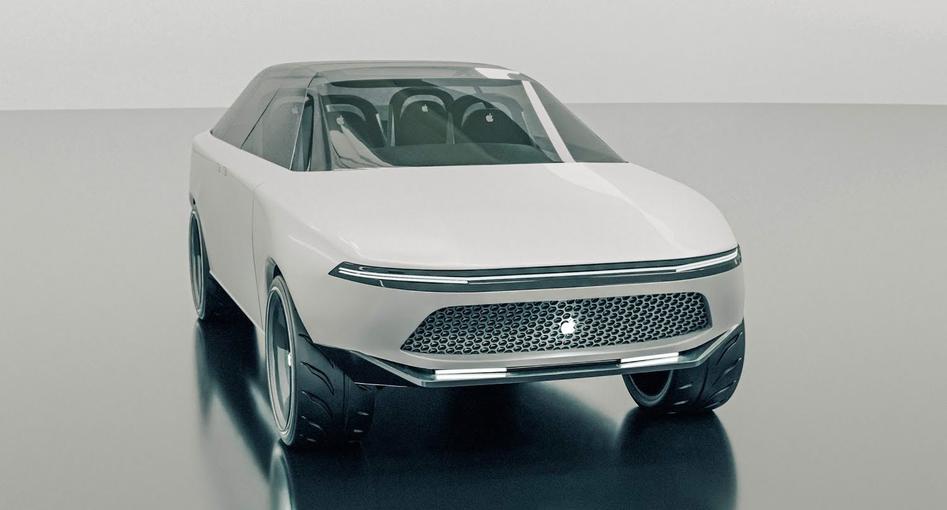 There are no door posts between the side panes, the handles are retractable, and the front grille resembles a Mac Pro design.

Inside, things aren't less impressive. The entire front part is occupied by a huge touchpad with screen, another display is located inside the steering wheel. To see everything in detail and "sit" in cabin behind the steering wheel is on website Vanarama.

Don't forget that this is just a concept so far, and how the Apple Car will actually look - is still unknown.