It is common knowledge that motorcycles, although popular, are more dangerous vehicles than cars. Even the most experienced motorcyclist faces a risk of someone else on the road being distracted. For a 24-year-old motorcyclist from Singapore, this potential benefit of Apple Watch with its SOS feature has become a reality.

The Apple Watch Series 4 and newer has a fall detection feature that can notify a contact person and local emergency services if you've lost consciousness as a result of a fall. The watch gives you a short period of time to respond to the alert. And if you lose consciousness or are unable to reject the alert request, the watch will call to the rescue. 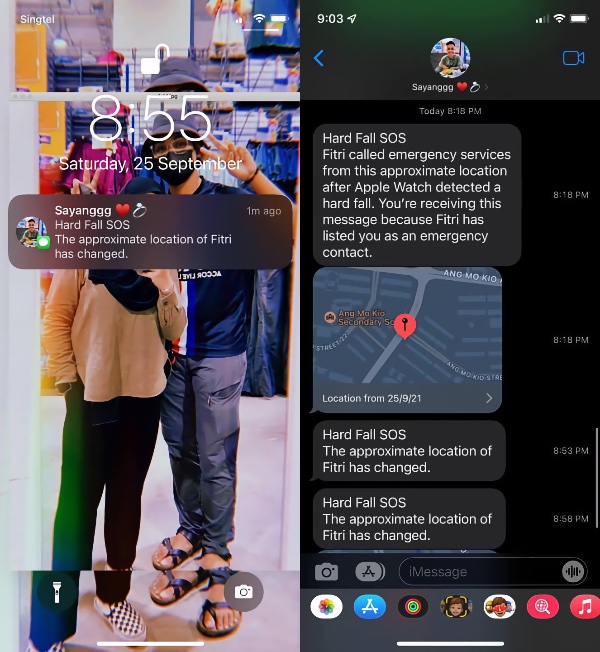 This is exactly what happened to Muhammad Fitri, who lost consciousness after colliding with a van while riding his motorcycle. The accident happened on September 25.

Muhammad Fitri's Apple Watch with fall detection sent his girlfriend an SOS notification of a hard fall, informing her of the incident and its location. The Apple Watch also automatically contacted emergency services, which dispatched an ambulance to the scene of the collision.

Editorial gg highly recommends that all Apple Watch owners activate this feature in their Apple Watch settings. Even if you're not a motorcyclist, another layer of safety wouldn't hurt anyone in today's world.