Xiaomi has rather suddenly announced Redmi Note 10 Lite smartphone. Rumors about it had been floating around for a few weeks, but nothing prompted for the unveiling.

The novelty is actually not new. It was unveiled in India, where it was just a renamed version of Redmi Note 9 Pro model, which we also know as Redmi Note 9S. The main difference is Android 11 with MIUI 12 firmware straight out of the box instead of Android 10 and MIUI 11.

Redmi Note 10 Lite features an 8nm Snapdragon 720G single-chip system with 4-6GB of RAM. The storage holds up to 128GB of data. The built-in battery capacity in the smartphone was 5020 mAh and the fast charging capacity is 18W. 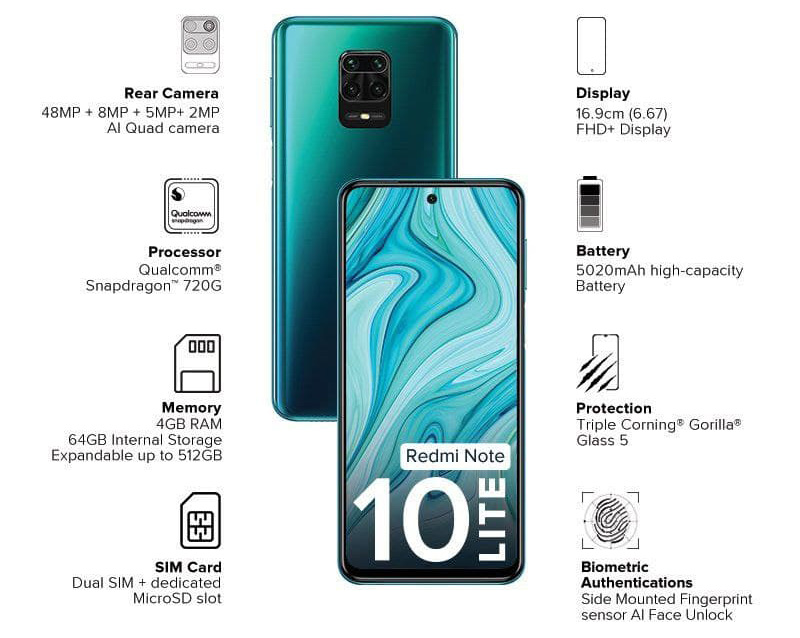 The novelty has a 48MP + 8MP + 5MP + 2MP main camera, a 16MP front and a 6.67" FHD+ IPS LCD screen. Support for higher refresh rate is not provided. Among other things, note the headphone jack, USB-C, Wi-Fi, Bluetooth and lateral biometric sensor.