The results of the week: a Samsung laptop with a rotating display, Galaxy Note 8 is suddenly updated to Android 8.0 and other important news

At the CES 2018 Samsung should present a new generation of notebooks Notebook 7 Spin . This device-transformer, the display of which can rotate 360 ​​degrees. Thus, it can be used as a laptop, tablet or awning. The version 2018 is thinner (18.5 mm vs. 20 mm) and lighter (1.53 kg vs. 1.77-1.78 kg) due to the lack of a hard drive. The laptop is made in a metal case with a 13.3-inch touch screen and Full HD resolution, has an 8th-generation Intel Core processor, 8 GB of RAM and 256 GB SSD, and a 43-hour battery. Notebook 7 Spin has ports USB-C, USB 3.0, USB 2.0, HDMI video output, combined headphone and microphone jack, webcam, backlit keyboard and Clickpad - touchpad that does not require additional keys. The device supports the Active Pen digital pen, but it must be purchased separately. For security, the fingerprint scanner and the Windows Hello biometric authorization function are responsible. 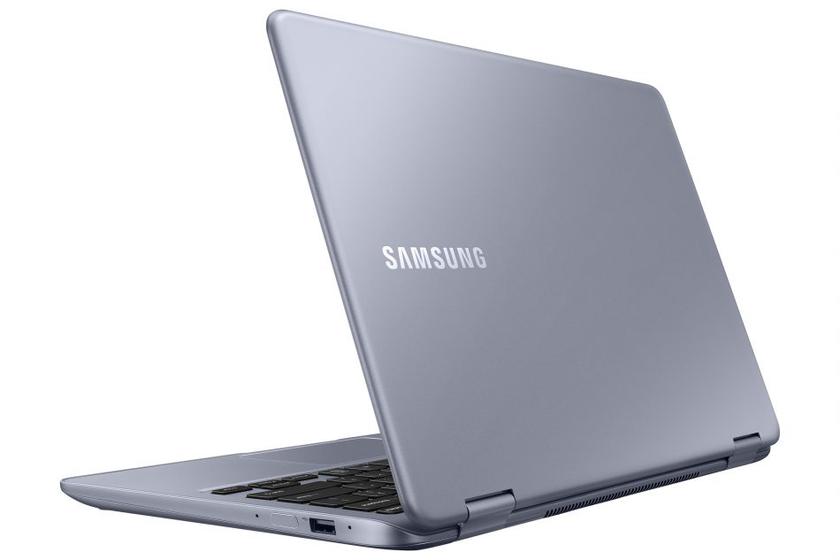 Some owners of Samsung Galaxy Note 8 began to receive an update to Android 8.0 Oreo. Despite the absence of official comments, the "lucky ones" installed the firmware R16NW. N950FXXU2CRA1.DM at your own peril and risk - and everything went well. It's possible that this is just a test run or a test before the large-scale release of Android 8.0 Oreo. Since the update was not available to all owners of Galaxy Note 8. Moreover, Galaxy Note 8 did not even participate in the beta program. Now the test firmware was received only by a small group of owners of Galaxy S8 and Galaxy S8 Plus, and the beta test will be completed on January 15. Full list of changes with the arrival of Android 8.0 Oreo look in the original news .

As the head of Samsung's mobile business, Dee-Jay Co., at MWC 2018 (held in Barcelona from February 26 to March 1), the company will announce the launch date for sales of Galaxy S9 and S9 + . Externally, new items are not too different from the current models. Some sources indicate a reduction in the diagonal of the display in the Galaxy S9 from 5.8 to 5.65 inches with an unchanged aspect ratio of 18.5: 9. The Galaxy S9 + will receive a 6.2-inch Super AMOLED panel with bends at the sides. The fingerprint scanner will be located under the main camera, so that the eye does not get stained while trying to touch the sensor with your finger. Samsung Galaxy S9 Plus will not just be an enhanced version of the Galaxy S9. Only a large flagship will get a dual main camera, the amount of RAM can also differ (4 GB in S9 and 6 GB in "plus"). For individual countries, versions with the Snapdragon 845 chip are created, but we will be selling models on the company's Exynos 9810 processor. The iris scanner and moisture protection according to the IP68 standard are also on the list. Together with smartphones, the manufacturer will introduce a new docking station DeX Pad, which turns a smartphone into a kind of computer. 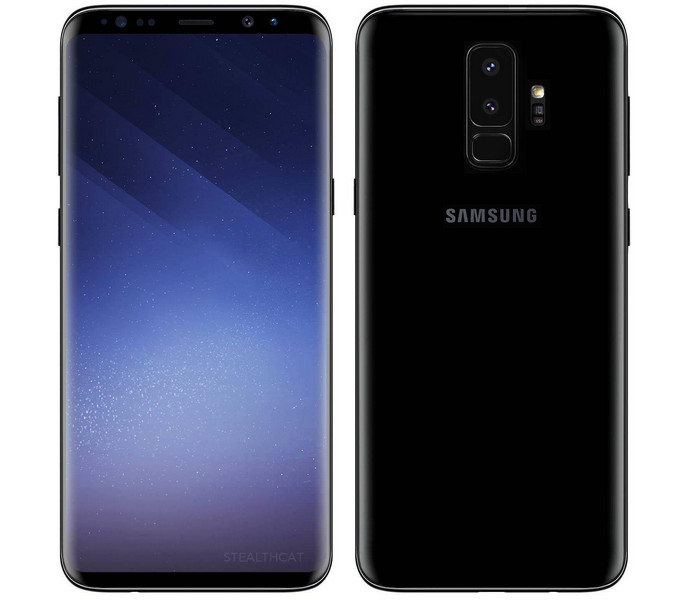 At the CES 2018 , the announcement of a 15-inch flip-flop Dell XPS 15 "2-in-1 . " The novelty can be equipped with a 15.6-inch Full HD-panel or 4K-display. This is one of the first models based on Intel processors with powerful graphics AMD (Kaby Lake G). Configurations with Core i5-8305G and Core i7-8705G, both chips with Radeon Vega M GL accelerator, will be available. In the thin keyboard of the transformer, instead of switches and membranes, magnets are used. The webcam below the display supports the Windows Hello function. Dell XPS 15 "2-in-1" is a millimeter thinner than the usual model, from the connectors there are only four symmetrical USB Type-C and mini-jack. The claimed battery life is 12 hours or 9 hours for the model with 4K. Separately, the Active Pen stylus is sold with tilt tracking and 4096 levels of depression recognition. Starting price Dell XPS 15 "2-in-1" - $ 1300, the stylus will cost an additional $ 100. Sales of a multi-mode laptop will begin this spring.

In the database of the Chinese regulator TENAA is certified Meizu mBlu S6 (also M6S) , due to which some characteristics and appearance of the novelty became known. On the back of the smartphone is a mblu logo. But the usual mBack button is not here, just like any capacitive control keys under the screen. This means that the device will be controlled exclusively using the on-screen keys. The fingerprint reader is located on the right end, under the power button. The new camera will not receive a dual camera. 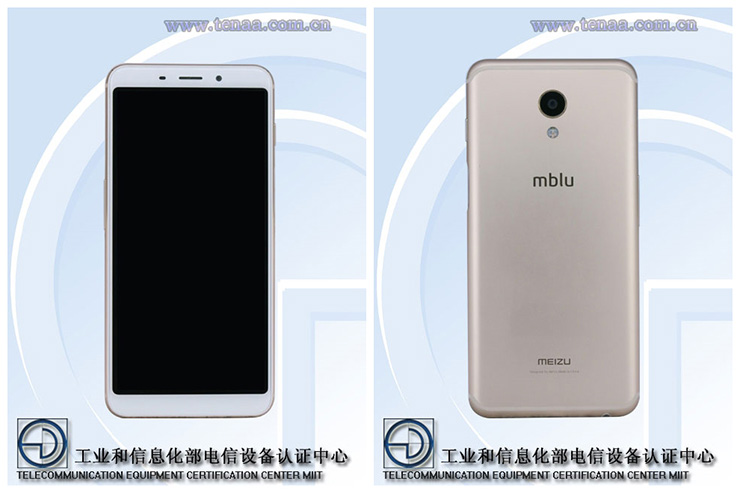 Researchers from the University of Texas say they have found a way to eat a lot and lose weight . Their experimental drug blocks the metabolism and speeds up metabolism, allowing you to lose weight much more effectively than with other fat burners. The researchers found that for thinning people a vicious circle turns out - the more fat, the more NNMT. The more NNMT, the more difficult it is to burn fat. Therefore, scientists from the University of Texas decided to simply block the restless protein. Two groups of mice participated in the experiment. One was given a new drug, another placebo. Both were not fed the healthiest food. After 10 days, the second group of mice predictably grew stout. But in the first group of mice, on average, lost 7% of the total weight. And, judging by the measurements, it burned white subcutaneous fat.

The company HMD Global showed the second generation of the smartphone Nokia 6 . The new chip was installed Snapdragon 630. Also, the smartphone received advanced technology of spatial sound OZO Audio. The cameras remained the same: 16 Mp - main and 8 Mp - front. Added the mode "Bothie", as in Nokia 7 and Nokia 8. Also the display did not change. This is the same 5.5-inch screen with IPS-matrix and Full HD resolution. Manages the system OS - Android 7.1 Nougat. In the near future, an update to Android 8.0 Oreo will arrive. Nokia 6 will be sold in two versions: 32 GB and 64 GB. Both versions will receive 4 GB of RAM. For the younger model will ask $ 230, and for the senior - about $ 245. The smartphone will go on sale in China on January 10, but now you can do pre-order. When the global launch of the smartphone is still unknown.

Huawei introduced the operating system EMUI 8.0, running on Android 8.0 Oreo . Mate 10 and Mate 10 Pro got the OS "out of the box", but other models are still waiting for updates. Now the company has started testing EMUI 8.0 for P10 and P10 Plus and in Europe. In Huawei are looking for participants for closed beta testing. The owners of P10 and P10 Plus can take part in the program with the following software versions: VTR-L09C432B180, VTR-L29C432B180, VKY-L09C432B181 and VKY-L29C432B181. Volunteers need to download a beta application on their smartphone, from which they can apply for participation in the program. When the application is approved, they will receive their first OTA. After this, the "experimental" should report all the errors and problems. At any time, the user can cancel the program. Full list of changes with the arrival of EMUI 8.0 look in the original news. 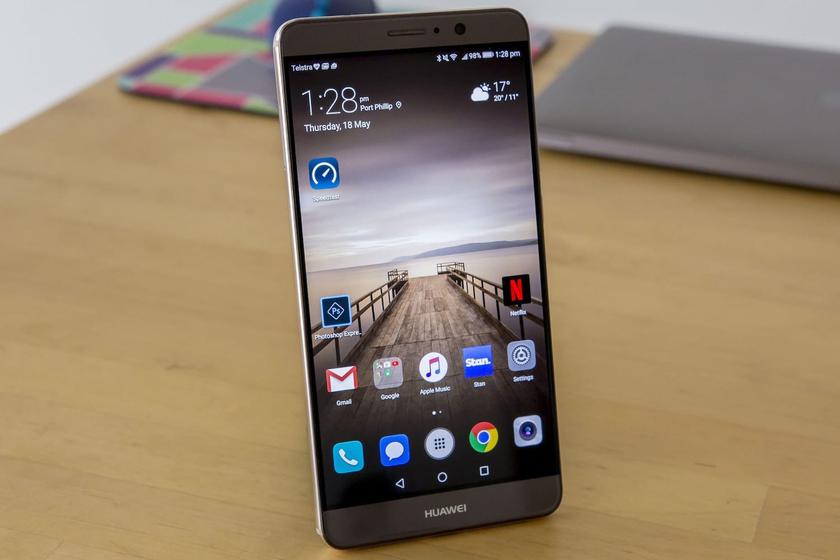