The Brazilian Communications Agency (ANATEL) announced its certificates of the new flagships of Samsung Galaxy S9 and   Galaxy S9 +, which reveal the characteristics of new products. Of   numerous leaks we   already know almost everything about   smartphones, but ANATEL reveals another important detail   - The capacity of the batteries. 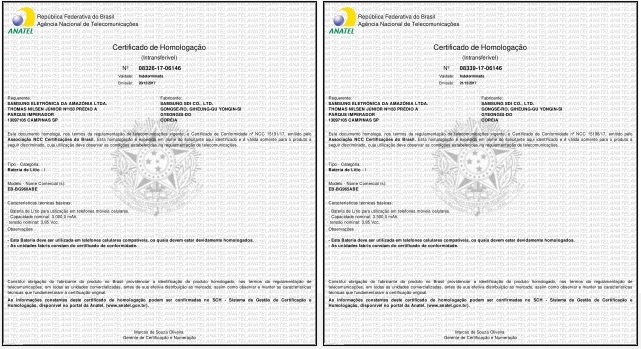 While improvements are all   The same can be due to energy-efficient chips Snapdragon 845 and   Exynos 9810 (in   different versions for different countries).