Lenovo is going to present its new smartphone Lenovo S5. According to the CEO of the company, he will be the killer of Xiaomi Redmi Note 5. The smartphone has already appeared in TENAA, and now the network has published a teaser with the features of the device.

The smartphone will receive a metal case and a screen with thin frames. The device will be equipped with the capabilities of artificial intelligence. Also in the teaser there is talk about the face recognition function, the energy-intensive battery and the latest version of the ZUI shell. According to the latest information, Lenovo S5 has a 5.6-inch display with Full HD + resolution. It will have 4/6 GB of RAM, 32/64 GB of ROM, as well as a 3000 mAh battery. 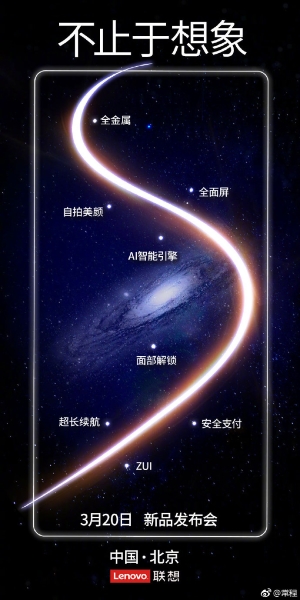 The smartphone should be submitted on March 20 in China.