Studying space scientists faced one problem - it is big. Researchers spend a lot of time studying the surfaces of cosmic bodies. Fortunately, science began to use artificial intelligence, which has repeatedly proved its usefulness.

This case is no exception

Researchers at the University of Toronto used artificial intelligence to study the moon. During the experiment, the Convolutional Neural Network (CNN) discovered 6,000 new craters on the surface of a satellite of the Earth. Scientists said that the network worked consistently and quickly.

"Having learned, our SNA increased the speed of crater recognition, spending minutes on generating forecasts for thousands of Lunar craters on a digital map. This frees scientists, giving time for other activities, "- said in a statement.

SNS is a neural network that sorts visual information. Scientists have trained the system using information about craters that people have already discovered. When the researchers showed the web how the crater looks, it was sent to explore new areas of the moon. Scientists note that the system does not work perfectly, sometimes missing craters from view. 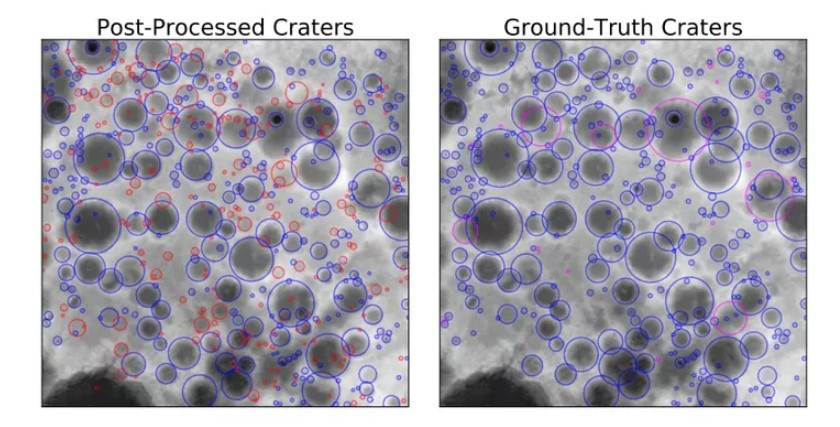 The craters observed by the man and the network are shown in blue. Red - new, detected AI, and purple - missed.