Deliveries of smartphones in China for the first time since 2013 dropped below 100 million, which led to a 2.9% drop in the global market in the first quarter of 2018 - from 344.4 to 334.3 million devices. But in money sales continue to grow. As noted by IDC analysts, buyers have become more likely to choose more expensive models. 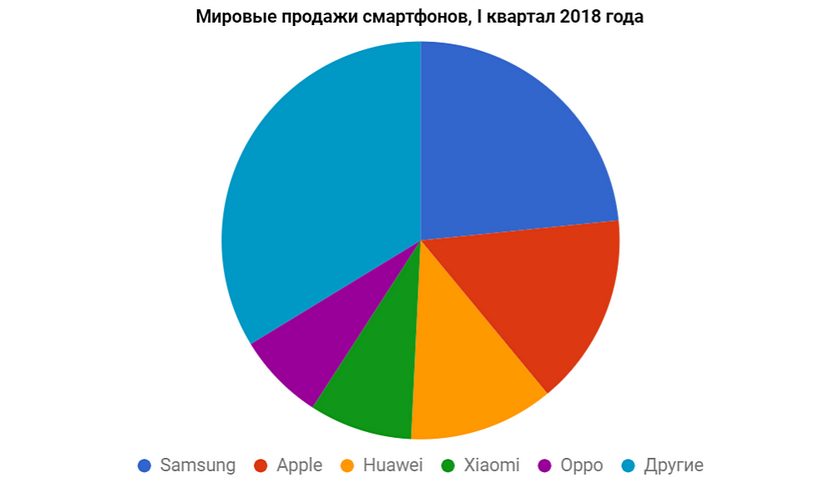 After the holiday season, Apple again dropped to second place in supply, and the first line was taken by the Korean giant Samsung, which shipped over 78.2 million units. Demand decreased by 2.4%, but due to expensive flagships, the average price of the sold smartphone grew. Even in the market share the company did not lose anything - the indicator grew from 23.3% to 23.4%. New models of Galaxy S9 / S9 + made their contribution, which came out towards the end of the quarter.

Apple with 52.2 million iPhone controls 15.6% of the market. The American company is slowly but surely catching up with Huawei (11.8%). The Chinese manufacturer sold 39.3 million smartphones, showing an annual growth of 13.8%. Top models Huawei P10 and Mate 10 are sold much better than their predecessors, but the most popular are "light" versions of the flagships.

The fourth place was occupied by Xiaomi (8.4%), which managed to increase sales by 87.8% to 28.8 million units. Foreign markets already account for more than half of the supply, and in India the brand recently outperformed Samsung. The global expansion of Oppo is not going so smoothly, and against the backdrop of falling demand in China, the company's results fell by 7.5% to 23.9 million units.

In the category "Other", analysts recorded a more impressive drop of 18.5% - small producers are finding it increasingly difficult to fight for a place in the sun.

IDC specialists add, with the release of premium flagships (under $ 1000 or more), users are less likely to change their smartphones. They just do not see the point in buying a new model with minimal changes. 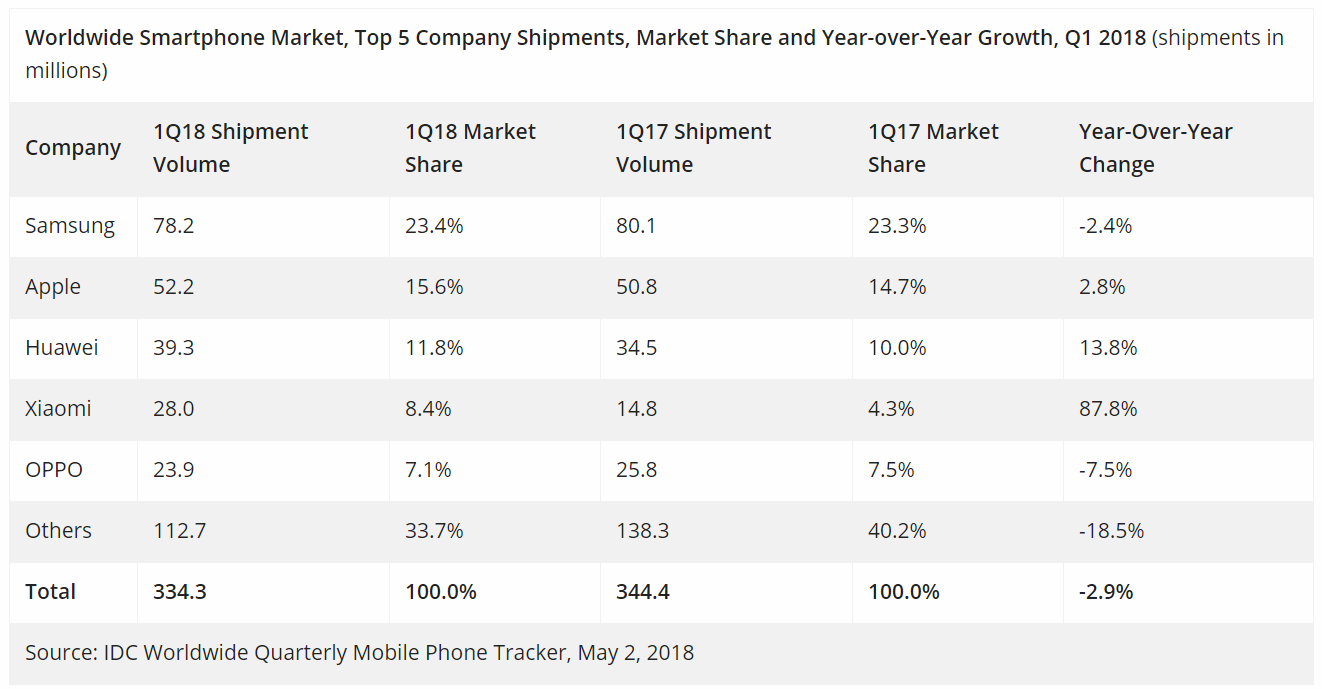