How to Choose an SSD Drive

Speeding up your computer? The first thing that comes to mind is the processor, memory, and graphics card. About the acceleration of the "hard drive" some people think last, choosing it on the residual principle. And it is good, if SSD is on the shopping list, and not only hard drive as the sole alternative. This little cheat sheet will help you get a better understanding of today's storage technology so that you don't get confused when choosing an SSD for your computer.

Indeed, SSDs come in three different form factors. Strictly speaking, there are also external drives that can be of any kind and can be connected to a computer via Thunderbolt or USB, but we are not talking about them now.

2.5" (two and a half inches) is a typical size of a laptop hard drive. Simple and straightforward, so solid-state drives were also produced in the same case, to make it easier to upgrade old devices, and not to invent anything for new ones. SATA cable and connector, and power as well are the same as for hard drive. Large aluminum housing for good heat dissipation. These are the advantages of a 2.5" SSD format. But disadvantages arise from them too: SATA is a slow interface. It does not allow SSD technology to open up. And there is no need for such dimensions, modern solid-state drives can take up much less space.

mSATA  is a storage format that is easiest to describe as 2.5" without a case. That is, it is a small board with memory chips that has data and power connectors according to the SATA standard. It is more compact than the previous version, but with the same slow interface.

M.2 is the modern compact format for most SSDs. It is basically a board with chips that plugs directly into the motherboard. No cables or bulky cases. This format originally appeared where it was most tight, i.e., in laptops. But over time it has settled in desktop computers. The only drawback of this solution can be considered the insufficient heat dissipation: some models, working in high load mode, need additional radiators. In most cases it makes sense to choose the M.2 format when selecting an SSD for a home gaming computer. By the way, the number 2280 in the name (there are also options 2230, 2242, 2260) indicate only the size of the board in millimeters, where 22 - width (the same for all), and 80 - length (affecting in fact only the space occupied inside the system unit).

PCI Express  - the main thing here is not to get confused. Look: this term refers to both the data interface and the physical connector on the motherboard. Now we are talking about the connector, or rather, about the form factor of an expansion card installed in the PCI Express slot. The advantage of this SSD implementation is the ability to use a faster PCIe x8 configuration. But such an expansion card, large and space occupying, is more suitable for a server, although you can experiment at home if your budget allows.

What is NVMe and Its Difference from SATA

Now, this is an important point. With 2.5" and mSATA form factors everything is clear, they work on the SATA interface. Card format drives for PCI Express slot work over PCI Express. As for the M.2 standard, it does force us to look deeper into these interfaces because there are M.2 drives which operate both via the slower SATA protocol and the faster PCIe protocol.

SATA is a good old interface for connecting hard drives with the familiar red wires. The maximum SATA throughput reaches 600 MB/s. This was enough for hard drives, but for fast flash memory this is clearly a bottleneck. Therefore, an M.2 drive operating over the SATA interface (it can be distinguished by two key slots on the connector with contacts) is not the fastest solution.

NVMe (Non-Volatile Memory Express) is a faster storage protocol. Physically, it uses the same M.2 connector, but transmits data over the PCI Express bus. Which, in turn, has different versions, which we will discribe further more in detail.

Speed. Yes, the specification says about increased reliability, but the main difference is in the speed. The throughput of the fourth version of the PCIe interface is twice as high as that of the third. The maximum speed per channel (PCIe x1) is almost two gigabytes per second (1.969 GB/s). For SSDs working via the M.2 connector with PCIe x4 the limit is respectively 7.87 GB/s. As you already know, the SATA III capability limit is only 600 Mbytes/s, which is about 13 times slower.

Apple, as always, has its own way. Solid-state drives in macbooks and iPads have undergone a common evolution of interfaces, switching from SATA to PCIe. But the connectors on the drives there are their own, incompatible with the classic M.2, although the data transfer protocol is the same. So if you are upgrading a macbook you should choose a drive supported by Macbooks and pay attention to the features of your particular model.

What is IOPS and What does it Affect?

IOPS (stands for input / output operations per second) is an important parameter of drive speed. We have already figured out the data transfer rate for different interfaces, but there is one more nuance. How long are the delays when information gets into the drive and when it is retrieved from there? This question is exactly what the IOPS indicator answers. And SSD drives are much higher than classic hard drives. That is, a hard disk, in order to read information from a certain area of ​​the plate, takes some time to physically "bring" the magnetic head to the right place. Solid state drives do not have such complexities. Therefore, while HDDs measure IOPS in hundreds, SSDs have tens and hundreds of thousands, and the most effective ones like Samsung SSD 980 PRO - reaching a million.

The difference is the number of bits of information that can be stored in a single memory cell. The more bits, the more densely the information is packed into the drive, and the higher its capacity at the same cost. But the access speed can be slower. Let's go one step at a time.

SLC (Single-Level Cell) is a type of flash memory where one bit of information is stored in one cell. Such memory will be fast and energy efficient, but very expensive.

MLC (Multi-Level Cell) - here in one cell you can store not one bit of data, but two. Accordingly, the data density is higher, the cost per gigabyte is lower, but the speed and endurance of the drive are theoretically inferior to SLC.

However, modern technologies make it possible to compensate for these nuances little by little. To avoid encountering purely physical limitations in memory chip production, cells were made three-dimensional, that is, several cells, "in height", were placed on a single chip layer. This is how 3D prefixes of TLC and QLC memory types appeared.

TLC (Triple-Level Cell) - three data bits per cell. Such memory can also be called 3-bit MLC or MLC-3, because it is actually one of the varieties of MLC. Modern production technologies already allow such chips to be made very fast.

QLC (Quad-Level Cell) - four data bits per cell, that is, 4-bit MLC. At the moment, such memory is considered the most accessible, although it is inferior in speed characteristics to other described types.

What does V-NAND Mean?

This is one of the types of 3D flash memory mentioned above. First, you should know that all flash memory is divided into two large classes NAND and NOR. They differ in data access logic, and for modern SSDs only NAND-type memory is used. But the specification V-NAND says that it is a memory with a vertical type of organization of the three-dimensional cell structure. There is also a horizontal type, but you hardly need to go into such details when choosing a particular drive.

Okay, What is TBW Indicator?

About how much total data is guaranteed to be written to the drive. It is one of reliability indicators of the drive. As we know, SSDs are also subject to wear and tear, and one cell cannot be overwritten an infinite number of times. The higher the TBW (Total Bytes Written) stated by the manufacturer, the more data can be written to the drive during its lifecycle. TBW is usually measured in terabytes. For a home user a value of 100 might be enough for a good decade of use, but for a server which is constantly overwriting data it might not be enough.

What is S.M.A.R.T and Why We Need this Technology

S.M.A.R.T. sounds like smart, that is, something smart. In case of drives, it is self-monitoring, analysis and reporting technology, i.e. the technology of self-analysis of the device state. Hard disk or SSD that supports S.M.A.R.T., can warn of impending problems in time. The drive can only detect and store a set of important parameters, but the operating system or a special program will technically report about them to the user.

S.M.A.R.T. technology was originally developed specifically for hard drives, so it has many parameters related to its anatomy. But with the appearance of SSD distinctive parameters appeared for them (the number of write cycles, counters of various errors, the state of the pool of spare blocks). For the user this is an important signal: if S.M.A.R.T. says that the drive is worn out, you can take care of buying a new one and backing up your data in advance. And not in a panic and at the last moment, as usual.

Yeah! Now you can easily decipher an inscription like "M.2 2280 PCIe 4.0 x4 V-NAND TLC" (tip: it is a 22x80 mm drive with an M.2 connector, which runs on a fast PCI Express 4.0 bus in four streams and contains "three-dimensional" flash memory chips with the ability to store three bits of data in each cell). You can take it. 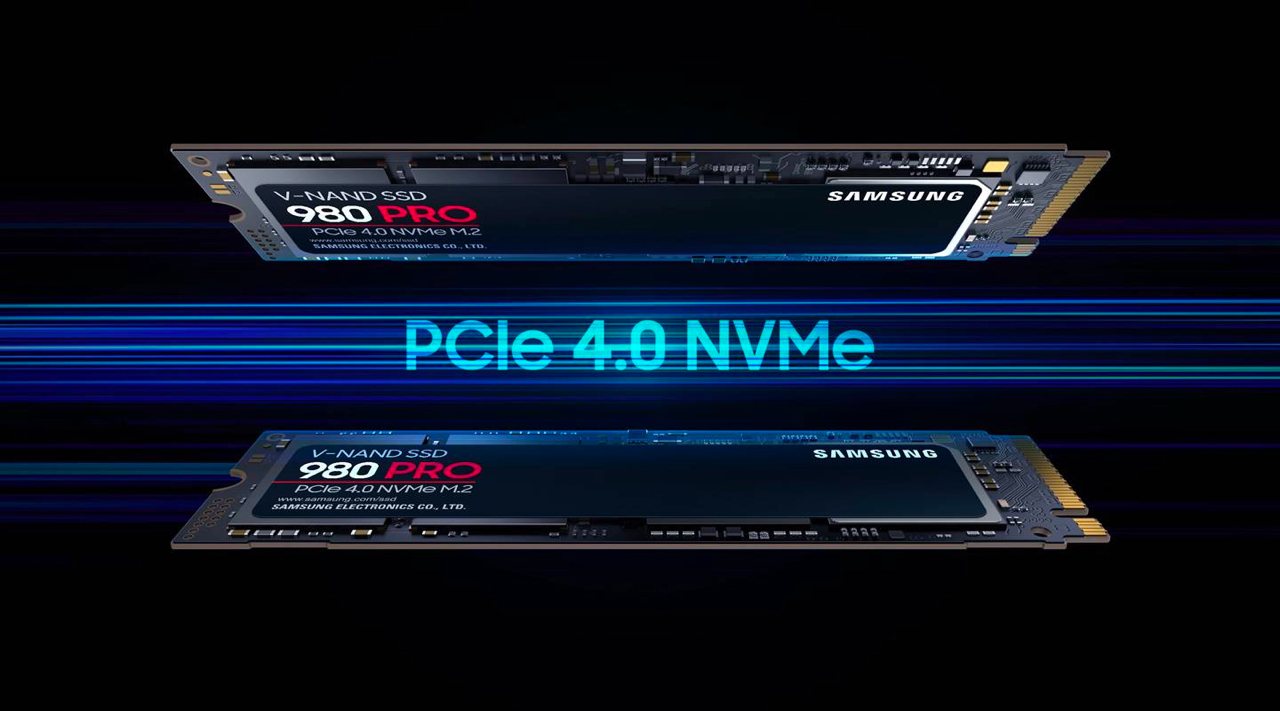 For this editorial, which was created with gg readers in mind, the advertiser, Samsung company, was involved. They are interested in helping you learn more about modern SSD-drives capabilities and making you aware after reading this text what you need to pay attention to while choosing such data storage for your computer. 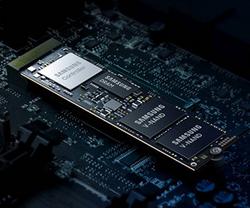