A few weeks after the announcement of the new iPad Pro, the first results of the device's performance tests appeared in the Geekbench database.

So, the 12.9-inch iPad Pro scores 1,719 points in the single-core test and 7326 points in the multi- core test. For comparison, the latest MacBook Air shows the same result. And this is not surprising, since both devices are powered by the same Apple M1 processor. 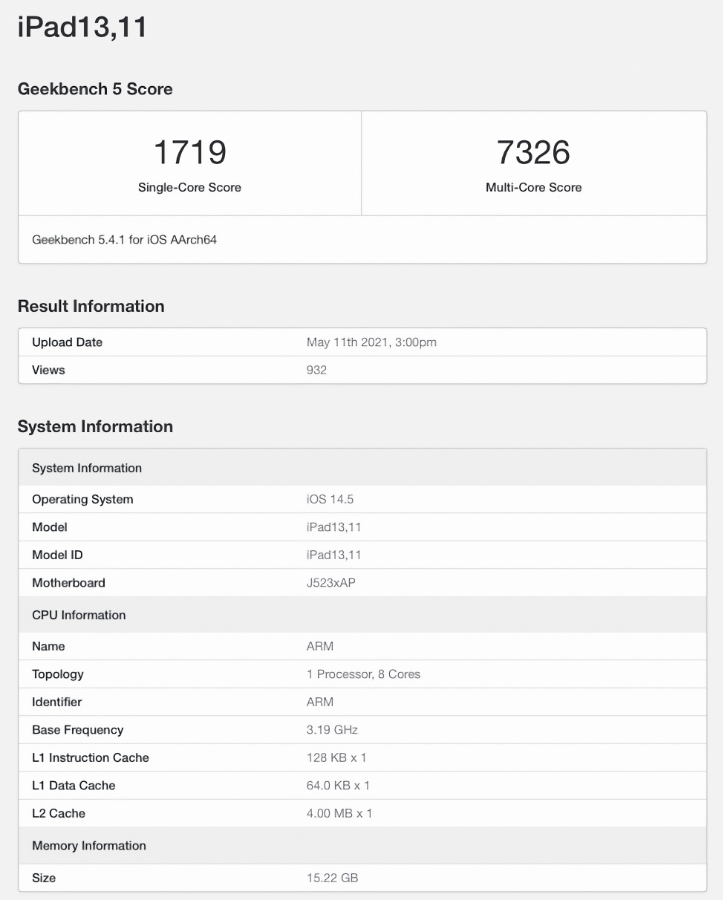 Compared to the fourth generation iPad Pro on the A12X chip, the performance of the new model has increased by approximately 56%. In addition, iPad Pro 2021 even beats the 16-inch MacBook Pro with an Intel Core i9 processor in Geekbench. The laptop shows 1091 and 6845 points in single-core and multi-core tests, respectively.