DeepBrain's synthetic people are preparing to enter the US market

South Korean company DeepBrain, known primarily for its digital copies of real people, has held a successful round of financing, which raised $44 million.

The startup creates and sells a rather unusual product - based on patented algorithms with elements of artificial intelligence, DeepBrain clones the general facial expressions, gestures and mannerisms of specific people. These digital clones can then live their own lives and perform various tasks as desired. 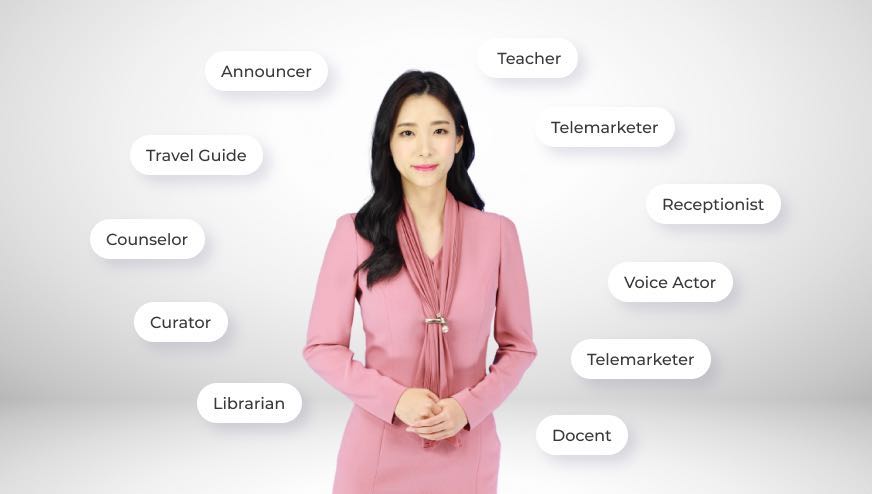 The creators of these synthetic humans believe that their technology is particularly useful for news channels, politicians, banks and retailers.

The most prominent example of DeepBrain's work is a virtual model of South Korean President Moon Jae-in. The startup used the politician's public speeches to create a very accurate digital replica of him, which can now be used for public appearances. Meanwhile, the real president can do another job and no one will notice the difference.

But the synthetic copy of the president is just a demonstration of the possibilities of these technologies. DeepBrain stresses that it does not intend to use Moon Jae-in's digital copy for commercial or disruptive purposes. The company says it operates in a "much more sterile and secure environment."

When DeepBrain receives commercial orders from various companies, the startup invites the person on whom the virtual avatar will be based into its studio. This person is filmed by several cameras at the same time, while he reads a pre-prepared text with different phonemes, during which time he can shake hands and behave naturally.

After recording the data, DeepBrain experts use it for machine learning. Artificial intelligence uses the recorded script and filmed video to create a digital clone of the character, at this stage combining facial expressions and gestures with the voice. All of this results in an exact digital replica of the person - voice data is synchronized with facial expressions, and hands and body move naturally. The digital replica can then pronounce arbitrary text and the result is displayed in video format.

After DeepBrain unveiled its platform, a number of major clients became interested in it. The startup is already working with Korean media brands MBN, Metro News and LG HelloVision, online education companies, and Kookmin Bank.

The platform is now fully ready, and DeepBrain has set out to develop AI bankers that can replace loan officers and regular employees, advising bank customers in detail. Next, the startup intends to get busy creating digital attorneys who can handle elementary cases. And DeepBrain's synthetic humans are taking part in MWC 2021 this year.