Honor introduced the Honor X10 Max 5G smartphone in China last year, and now it is working on its successor.

According to an insider from social network Weibo, the device will be called Honor X20 Max. If the leak is to be believed, it will be equipped with a large 7.2-inch display. The screen is expected to get support for higher refresh rate. By the way, instead of the traditional RGB panel, Honor X20 Max, is credited with RGBW display. The additional sub-pixel W (white) reduces the power consumption of the panel when displaying white. The Honor X10 Max 5G has the same screen. 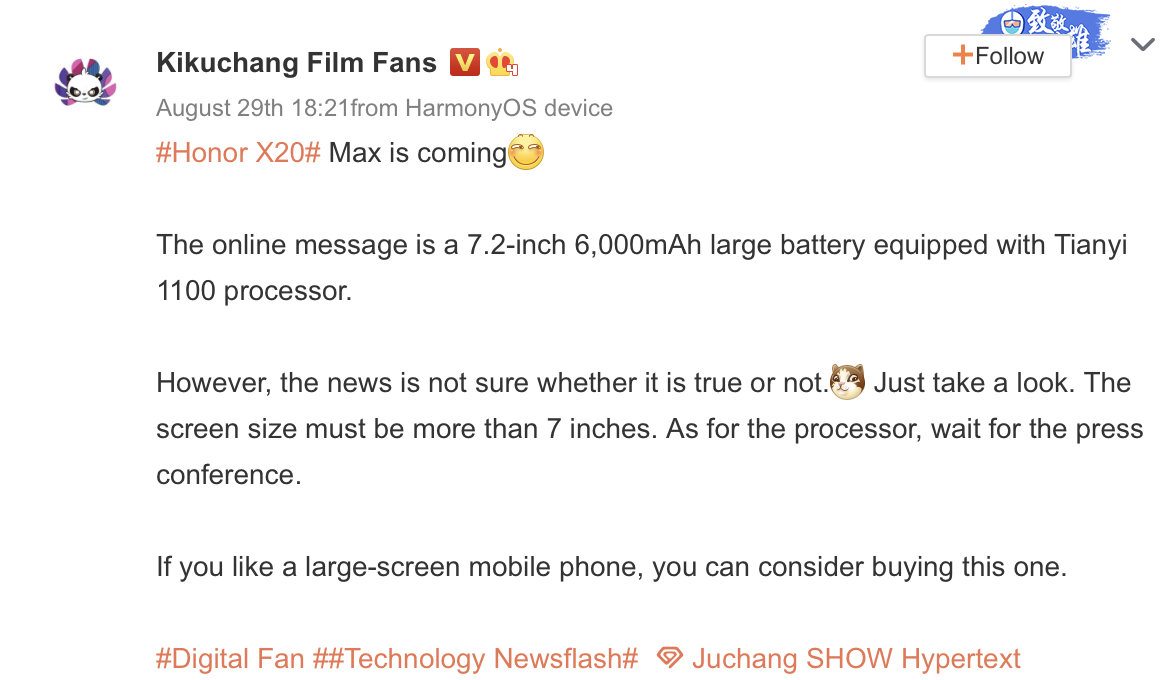 Unfortunately, there is no launch date for the Honor X20 Max yet. Most likely, the smartphone will be unveiled in the coming weeks.