Philips OLED 806: a TV that can recognize movies and lighting, with a leather remote control included

TP Vision at a special event presented new models of Philips TV lineup of the first half of 2021. In addition to conventional LCD TVs with LED backlighting and OLED TVs, it includes models with MiniLED type backlighting.

First of all, these TVs Philips OLED 806, which replaced  and became more efficient thanks to the processor Philips P5 fifth generation. The company reports a model with a 55-inch screen diagonal, but according to preliminary information, the line has more devices with  48, 65 and 77-inch screens.

In addition to HLG, HDR10 and HDR10+, the OLED 806 also supports HDR10+ Adaptive and has proprietary technology designed to protect OLED displays from burn-in. The image on screen is divided into smallest areas, the processor analyzes them and identifies static fragments (logos). Brightness in unchanged areas is reduced to avoid burn-in, while other parts of the screen remain untouched.

The new products also boast a movie recognition mode, a light sensor to help adjust the optimal brightness of SD and , and a powerful 2.1 audio system (50W). uses Android 10 TV as the operating system.

Philips OLED 806 is enclosed in slim body with metal frame, feet and four-way Ambilight. In addition, comes with a . it has a metal body and upholstery in leather from Scottish supplier Muirhead.

The new series of Philips MiniLED TVs is represented by the models MiniLED 9636 and MiniLED 9506, which will come in 5 and 75 inch diagonals. These are TVs with Android TV 10 version, 4K resolution and 4-sided Ambilight.

The Philips MiniLED 9636 series of TVs features a built-in Bowers &amp; Wilkins soundbar with 70 watts of total power, using Kvadrat fabric in the finish, and the remote control is finished in Muirhead leather.

The Philips MiniLED 9506 series of TVs uses a conventional pair of legs, and its speakers are rated at 50 watts. 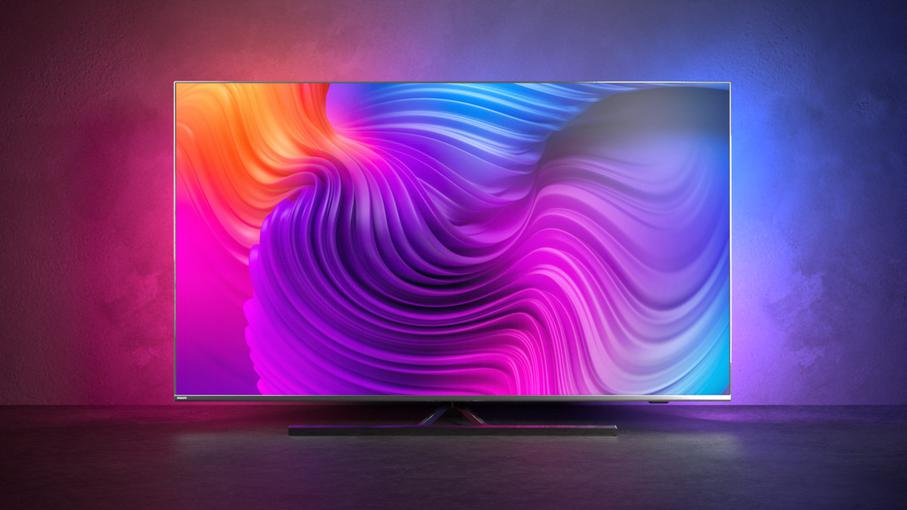 The new products will be released in the first half of 2021.