Following Xiaomi 11T Pro the company introduced another model in Europe. The second novelty is simply called Xiaomi 11T, but has a lot in common with the Pro version.

To start with, let's note that the standard edition features an identical 6.67" AMOLED 120Hz panel with HDR+ and other tricks, but without Dolby Vision support. That's probably why it didn't get an A+ from DisplayMate.

In terms of overall appearance, there are no differences between the Xiaomi 11T and the Pro version either. The fingerprint scanner is still on the side and the USB-C port is on the bottom end. According to official information, the standard model was 1 g lighter - 203 g against 204 g.

The company did not divide the novelties by cameras. The regular Xiaomi 11T too has 108MP, 8MP and 5MP modules at the back along with a 16MP front-facing camera at the front.

The built-in battery capacity was the same 5000mAh. The set of interfaces are identical - Bluetooth 2.5, NFC, IR port and Wi-Fi with 5.8 GHz band support. Also note the firmware MIUI 12.5 and Android 11.

The second difference concerns fast charging. Its power has been reduced from 120W to 67W. Together with the smartphone buyers get a 67-watt power adapter. The battery can now be fully charged in 36 minutes instead of 17 minutes. 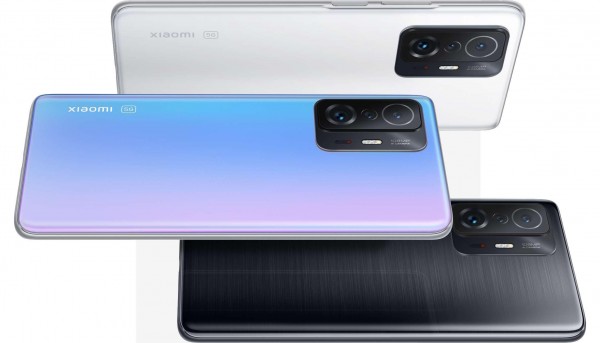 Also the junior novelty left only two memory modifications, and in the configuration of the speakers did not participate specialists from Harman / Kardon. The model will only appear on the market with 8GB of RAM.

How much does it cost?

Xiaomi 11T will also go on sale in Meteorite Gray, Moonlight White and Celestial Blue colors. The 128GB and 256GB configurations will cost €499 and €549 respectively.