Recently we wrote that Motorola is preparing for the release of the tablet Moto Tab G70, and now the device is "lit up" in the Geekbench database.

According to the leak, the novelty will get 4 GB of RAM and will run octa-core processor MT6785. That is, we are talking about a chip MediaTek Helio G90T with Mali-G76 graphics, two cores Cortex-A76 and six cores Cortex-A55. What is interesting, earlier reportedthat it may be the SoC MediaTek Kompanio 500 (MT8183A). But judging by the results of Geekbench it is exactly the Helio model. 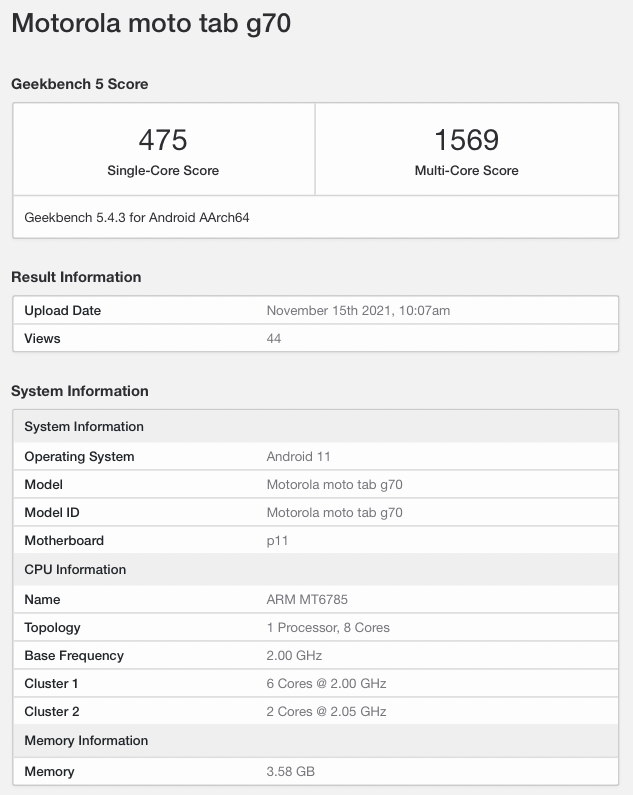 By the way, Lenovo, which owns Motorola, now has a tablet with a MediaTek Helio G90T chip on board - it's the 11-inch Tab P11 Plus. It is likely that the Moto Tab G70 will be made based on it. If the information is confirmed, the novelty will also get an IPS panel, a 13 MP primary camera, an 8 MP front camera, a 7,700 mAh battery with a USB-C port and four speakers.