Among the 10 countries with the fastest broadband speeds in the world 8 countries belong to Western Europe. Among them, Jersey tops the list with an average internet speed of 274.27 Mbps. 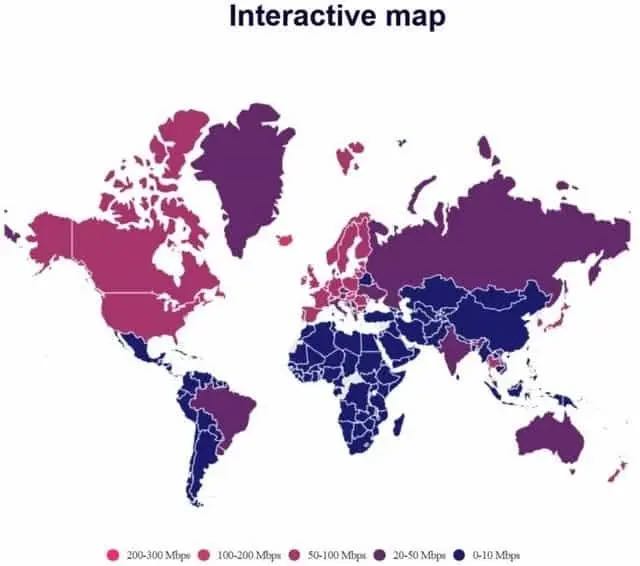 Only two countries and regions outside of Western Europe are in the top 10. These two regions are Macau (China) with internet speeds of 128.56 Mbps and Hungary (Central Europe) with internet speeds of 104.07 Mbps. The UK has an average speed of 51.48 Mbps, ranking 20th in Europe and 43rd in the world. The United States rank 14th in the world with an average speed of 92.42 Mbps.

The world's worst average Internet speed in terms of continent is North Africa. North Africa has an average internet speed of 5.68 Mbps. The worst individual country is Turkmenistan, a member of the former Soviet Union, with speeds as low as 0.50 Mbps.

The countries with the highest ranking are all countries that place a high value on pure fiber optic networks (FTTP), while countries using FTTC and ADSL solutions have fallen farther and farther behind year after year.