The more multi-core modern processors are, the more important is memory bandwidth. This is achieved by increasing the bus width (dual-channel 64+64 bits) and increasing the frequency with lower timings (delays). But buying "the fastest memory in the Wild West" is not always reasonable. Processors and motherboard chipsets often limit the maximum frequency of RAM. That's why we picked up five different memory models: still DDR4 and already DDR5, single and paired sets, for laptop and desktop PC, which are overclocked automatically or vice versa manually.

Reasons to buy: High volume for compact size, low power consumption.
Reasons not to buy: If your laptop has unsoldered memory.

G.Skill Ripjaws SO-DIMM DDR4 - While desktop PCs are designed for Long-DIMM memory format, which is more commonly referred to as just DIMM, laptop PCs use shorter SO-DIMM modules. The maximum frequency of SO-DIMM DDR4 can only reach 3200 MHz. If your notebook specs say 4266 MHz memory, then it's the power-efficient LP-DDR4 variety. But it is soldered tightly to the motherboard and cannot be replaced.

Despite its compact size, one SO-DIMM can reach as much as 32 GB. Timings are strictly regulated by JEDEC: CL22-22-22-52 at a supply voltage of only 1.2V. A poorly configured BIOS menu in laptops usually does not allow for manual adjustment of the timings. The only exceptions are gaming laptops, as well as desktop mini-PCs (nettops), which also use SO-DIMM format. 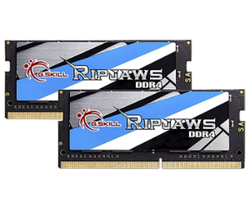 Reasons to buy: Pre-packaged set of two modules, convenient XMP overclocking.
Reasons not to buy: If you need low-profile memory.

ADATA XPG Gammix D10 is an affordable 3600MHz classic standard DDR4 RAM for the desktop PC. A pre-paired 2x8GB set costs only slightly more than two separate coolerless modules. And the coolers here are not made of foil, but of thick-walled aluminum plates. The radiators are only 6mm taller than the textolite. Therefore, will not interfere with the installation of most tower CPU coolers, but still there may be exceptions.

Hidden under the radiators are Micron E-die chips, some of the best among DDR4. By pressing literally one XMP button in the BIOS settings menu, the memory can be automatically overclocked to 3600 MHz. Timings, that is, delays, though not record low, but still better than average: CL18-20-20-42. The supply voltage, of course, is slightly higher: 1.35 vs. the typical 1.2 volts. At low voltage DDR4 starts only at 3200 MHz, and that with higher timings. 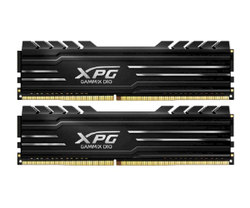 Patriot Viper Steel DDR4-4000 CL16 is Low Latency RAM, that is, with lowered timings. The formula 16-16-16-36 is good even for 3200 MHz. Here we get 4000 MHz with the same timings and a moderate supply voltage of 1.45V (up to a volt and a half is considered safe). All thanks to manual selection of the most successful chips from the batch - Hynix D-die. Almost all high-frequency DDR4 is now based on these chips.

The thick-walled radiators are painted silver, which gave the name of the model Steel. However, the material is not steel, but aluminum, because it has better thermal conductivity and corrosion protection. Especially useful fast DDR4 is for the APU Ryzen 4600G, 4650G. 5600G, all with a powerful integrated graphics card Radeon Vega 7. The iGPU does not have its own video memory, so system-wide RAM is used instead. 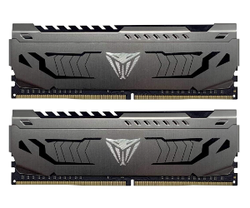 Reasons to buy: High frequency for low power consumption, reasonable price.
Reasonsnot to buy: Not everyone will like the old-school design.

Transcend JetRam DDR5 is a new standard of RAM starting at 4800 MHz. The supply voltage has been reduced to 1.1 volt, which means that the power efficiency has increased. Each memory module now has two 32-bit wide virtual channels. That is for two modules we get four channels with total bandwidth of 128-bit. Also there is a control chip that synchronizes the channels and corrects ECC errors.

Previously, only the server memory could boast the ECC function. The textolite remained the classic green color, no radiators, however, they are not needed if you do not plan to experiment with overclocking. Inexpensive DDR5 memory is usually bought in a pair with a motherboard without overclocking support. Chips are used SpecTek, a subsidiary brand of MIcron. In addition to desktop Long-DIMMs, the JetRam series also includes laptop SO-DIMM DDR5s.

Reasons to buy: Very high frequency at low overclocking settings, ARGB backlight.
Reasons not to buy: If you're not an avid computer enthusiast.

Patriot Viper Venom DDR5-6200 is currently one of the fastest 2x16GB RAM kits on the local market. It supports both auto overclocking technologies: Intel XMP and AMD Expo, for Core 12/13-generation and Ryzen 7000 processors respectively. Almost one and a half gigahertz faster than base DDR5 frequency, but timings (delays) have not increased at all, the same CL40-40-40-76. But the supply voltage has increased: from 1.1 to 1.35 V.

Based on Hynix M-die chips, which are now the most widely used among DDR5. This makes it easier to overclock the memory manually, the Internet is full of detailed step-by-step instructions. The result of overclocking traditionally depends on the luck of a particular instance of memory, processor and motherboard. Before you start overclocking, do not forget to update the BIOS firmware of your motherboard. The fresher, the better the overclocking usually is. 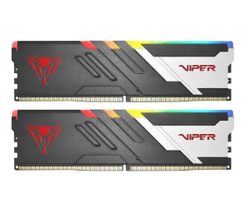