The results of the week: Samsung showed a budget employee Galaxy J2 Pro, a press photo Meizu 15 Plus, a smart Xiaomi lock and other important news

Samsung disclosed information about the design and functions of the budgetary Galaxy J2 Pro . The device will have a display with a 16: 9 aspect ratio. Under it are buttons "Home", "Back" and "Latest applications", above the screen - front camera, speaker, proximity sensor and LED flash.
On the right side there is a power button, on the opposite side - volume keys. The back panel is a plastic detachable case with a speaker and camera with LED flash. The smartphone has an 8-megapixel rear camera and a 5-megapixel front-end. It is expected that the new model will receive a Snapdragon 430 chip, 2 gigabytes of RAM and 32 gigabytes of built-in memory. Managed the device was assigned to the Android 7.1.1 Nougat OS. The smartphone will be available in black, golden and silver colors. 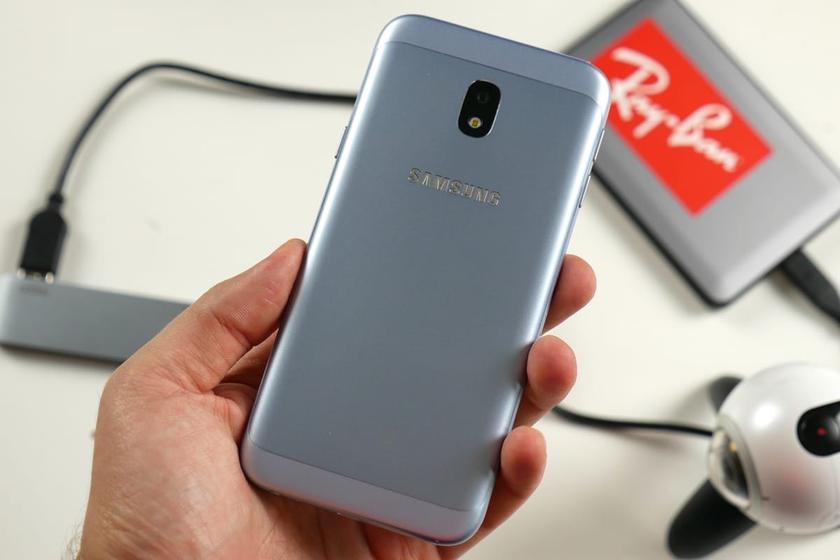 Samsung has slightly changed the design of the Galaxy S9, which is confirmed by the screenshots that came to the network, so you will no longer need to touch the camera trying to find the sensor behind. Chinese insiders have published a schematic image of the back of the Galaxy S9, which can be seen in the heart rate measurement menu. The new model has a fingerprint scanner right under the camera module. For a large Galaxy S9 + it's more convenient doubly, because in the current generation the user can not always reach the scanner without intercepting the smartphone.

Founder and head Meizu Huang Zhang (Jack Wong), showed pictures of the box of the future smartphone Meizu 15 Plus . By launching the Chinese company will celebrate its 15th anniversary, and the network has already appeared a spy image of the slide with the image of the alleged novelty. The front of the smartphone will be similar to the Xiaomi Mi Mix 2. The Meizu 15 Plus also has almost no frame on the three sides, but the edges are slightly more rounded. On the front panel also left a branded button mBack with a built-in fingerprint scanner. On the back of the metal case is a dual camera with a circular LED flash, which we saw back in Meizu Pro 6. There is no information about the characteristics of the information.

Google introduced another innovation in its search service. Thinking about the fact that users are often interested in the life of actors, sportsmen and singers, Google decided that the celebrities themselves will tell the best about themselves. Now the search engine has added short videos, in which celebrities respond to the most popular questions about themselves . For example, actor Will Ferrell said whether he really knows how to play drums, and "Miss World -2000" Priyanka Chopra admitted how many languages ​​she knows. Also in the project were actors James Franco, Mark Wahlberg and Tracy Ellis Ross, musician Nick Jonas, screenwriter and comedian Seth MacFarlane, etc. In the future, Google plans to gradually add new mini-interviews. While the new feature works only in the US and only on mobile devices.

Xiaomi announced a smart lock Vima Smart Lock Cylinder . The novelty is only the core of the lock, which is installed instead of a conventional cylinder. Partner Xiaomi released just four versions of the novelty for a different thickness of the door. In the kit there are five keys of different colors, in the mobile application for each one you can adjust the access time. The smartphone will also show who and when opened / closed the door. To enter the house, you need to turn the key in the lock. If the lock detects a hacking attempt, the mechanism is blocked, the built-in alarm is triggered, and a notification is sent to the user's smartphone.

The Chinese portal Gizchina published photos of two frameless and unannounced smartphones Sony Xperia . The first model Sony received the form of a classic for the company rectangle with sharp edges and a double main camera. Below is the fingerprint scanner. The color of the device is matte gold, the front panel is black. The second smartphone was equipped with smooth rounded corners, an unusual matte-glossy coloring of the case and dual main cameras. The latter are very strange, and there is a double flash between them. There is no fingerprint scanner on the back cover, there is also a "Home" button on the front panel. According to rumors, both frameless models of Sony Xperia will be equipped with 5.7-inch 4K screens, Snapdragon 845 chips, 6 gigabytes of RAM and a fresh Android 8.0 OS. The likely announcement time is January CES 2018 or February MWC 2018. 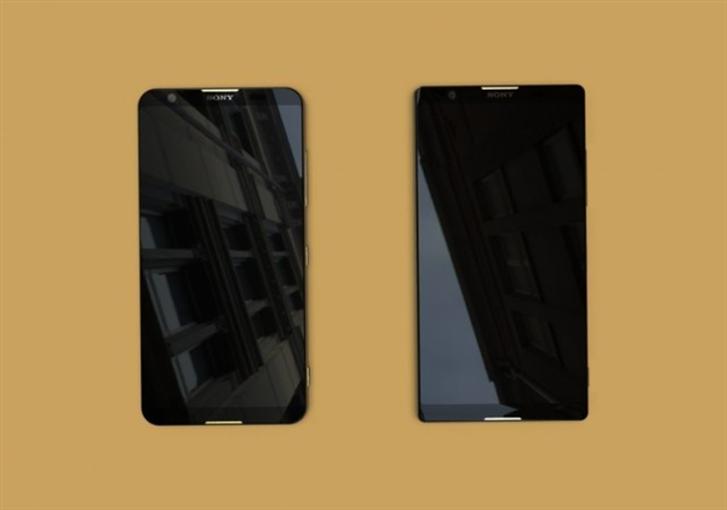 The web has new images of unannounced frameless smartphones Samsung Galaxy S9 and Galaxy S9 + . Judging by the new renderings, the future flagship will receive a different location of the fingerprint sensor (unlike the Galaxy S8) and the main camera. So the fingerprint scanner was placed under the camera module so that users do not foul the camera with their fingers when they search for the scanner itself. In addition, it is reported that the ratio of the display to the front of the smartphone will be 90%. In addition, the new photos show many colors of the future novelty, including Maple Gold, Midnight Black, Silver Titanium, Orchid Gray and Ocean Blue.

The web has information about the modifications of the smartphone Samsung Galaxy A8 + (2018) for different markets . The novelty will receive an extended 6-inch Super AMOLED display with a resolution of 2220 × 1080 pixels and an aspect ratio of 18.5: 9. The heart of the gadget was the chip Exynos 7885. In total, three modifications are expected. Base will receive 4 GB of operating and 32 GB of internal memory. Option for 4/64 GB can be offered in parallel or will be available only in some countries, and specifically for Asian markets, the company will release a version with 6 GB of RAM and a flash drive at 64 GB. The main camera for the Samsung Galaxy A8 + (2018) is 16-megapixel, and the front camera consists of two modules for 16 and 8 megapixels. Battery capacity - 3500 mAh. There is support for Bluetooth 5.0 with the ability to simultaneously connect several headphones, NFC is also there. The smartphone runs on Samsung Experience 8.5 UX based on Android 7.1.1 Nougat, but you can expect to upgrade to Oreo in the future.