The results of the week: Samsung Galaxy S9 and S9 + in photos, videos and in Geekbench, bitcoin collapsed and other important news

In the popular benchmark Geekbench appeared the test results of the unannounced smartphone Samsung SM-G965U1 . Experts on the Web believe that this number hides the future flagship of Samsung Galaxy S9 +. The flagship showed impressive results in the tests: the smartphone scored 2422 points in the single-core test, and 8351 points in the multi-core test. The Korean novelty became the first model, which managed to score more than 2000 points in the single-core mode. In addition, the multi-core test of the smartphone also received the highest score in the history of Geekbench. Samsung Galaxy S9 + passed tests in the following configuration: chip Snapdragon 845, 6 gigabytes of RAM and Android 8.0 Oreo. 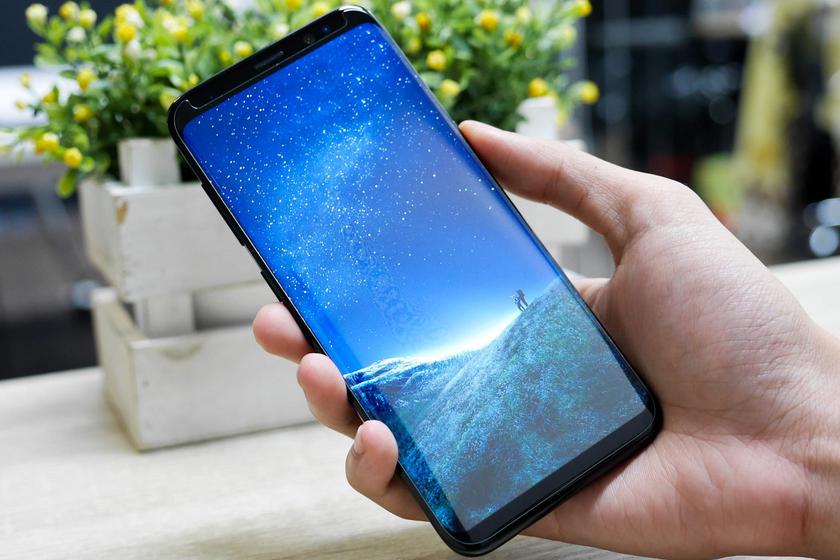 According to Bloomberg sources, Huawei and Xiaomi are allegedly in talks with the largest US mobile operators AT & T and Verizon to sell their top-end devices to Americans as early as 2018. The mobile phone market in the US is "carrier". This means that Americans buy smartphones mainly from mobile operators (AT & T and Verizon), together with the conclusion or extension of the contract for communication services. Apple, the leading manufacturer of smartphones in the US, was in fact actually isolated from the competition in the past, thanks to strong support from operators who subsidized their customers to purchase an iPhone. Americans are not averse to working with other players, including Chinese players: Verizon sells Google Pixel 2, another operator, Sprint offers Essential Phone Andy Rubin, AT & T - ZTE Axon M. Bloomberg said representatives of the above companies declined to comment. 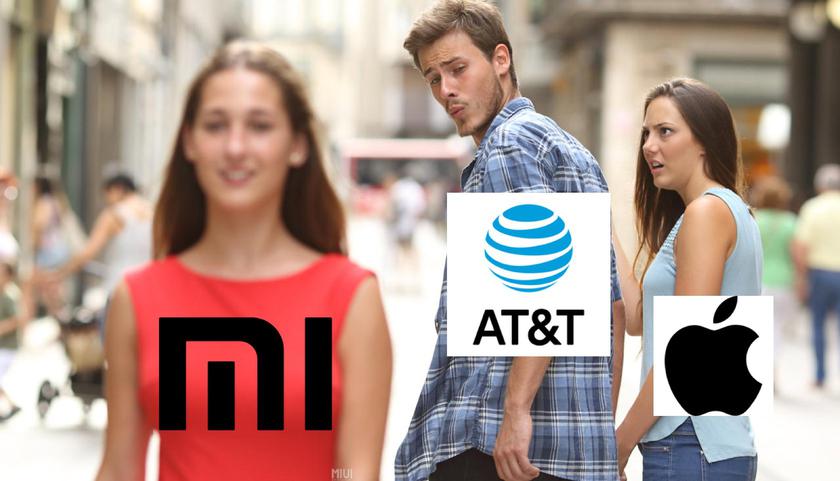 The video appeared on the network of the unannounced flagship Samsung Galaxy S9 - the movie was made on the basis of factory drawings, and its appearance was one feature. Judging by the video, the Galaxy S9 has dimensions of 147.6 × 68.7 × 8.4 mm, a frameless, curved display on almost all of the front panel area and a fingerprint scanner that is under the main camera. And the above mentioned feature is related to it - based on the source data, the dual main camera will receive only Samsung Galaxy S9 +, so the Galaxy S9 depicts a single camera. See the video itself in the main news .

The company Wargaming has presented to the public mobile application World of Tanks AR , allowing you to see your favorite cars in "life-size"
The application is developed on Apple ARKit's augmented reality platform. It allows you to get acquainted with the rarest and outlandish machines (or their prototypes) of the Second World War, and also take pictures of them or make a video. In addition, you can see how there would be a battle between the Soviet T-44-100 (R) and the German "Tiger", the remaining tanks, apparently, will add a little later. Do not forget Wargaming and the cognitive component: the machines can be disassembled and studied in detail their rich inner world and the history of creation, all this through the screen of your gadget, so to speak, in "full-scale". 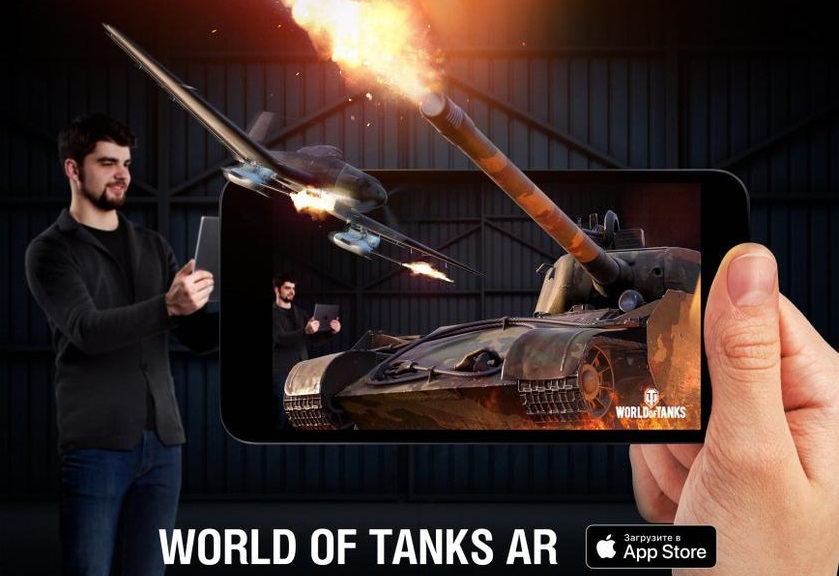 Bitcoin again jumped, but this time down . On the morning of December 20, the rate of the most expensive crypto-currency decreased by more than 15%. The reason for this is the warnings of the Monetary Authority of Singapore (MAS), as well as the chairman of the US SEC regulator Jay Clayton about the risks associated with investing in ICO and crypto-currencies. The first considers that crypto-currencies are not a legal tender (concerns Singapore), they are not emitted by any government and are not backed by any assets, and speculative activity is called the fault of their stunning growth.

New photos of unannounced flagships Samsung Galaxy S9 and S9 + appeared on the British site MobileFun - both new items are posing in transparent ultra-thin cases Olixar. Judging by the pictures, Galaxy S9 will receive a single main camera. The fingerprint reader is located at the bottom, the sensor and the flash are on the right. Galaxy S9 + equipped with a dual main camera with the same location of the scanner and sensor. The overall appearance of the flagships is almost the same as the predecessor. The exception is an enlarged display and the above-mentioned new location of the main camera module. 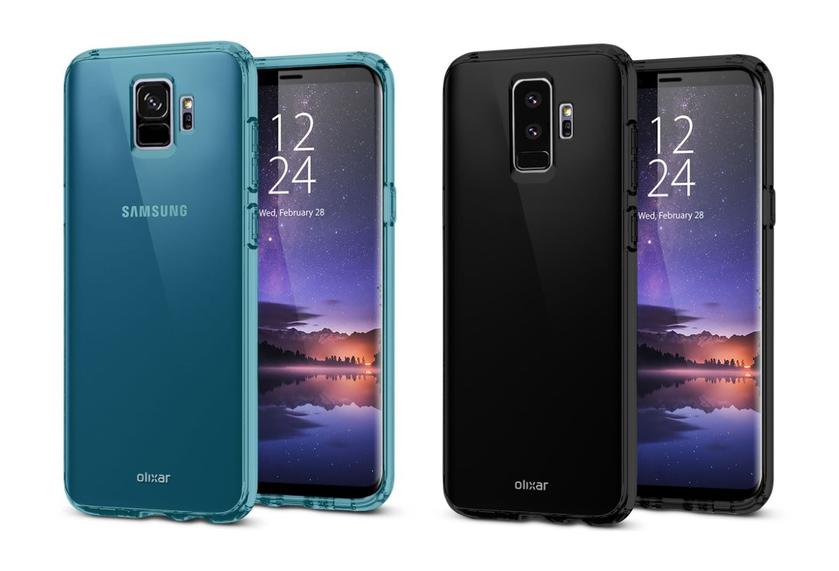 Samsung has announced the long-awaited smartphones Galaxy A8 and A8 + . Novelties are equipped with almost the same characteristics, but there are differences in the display and battery. In the first, it is 5.6 inches in the second by 6 inches. The Galaxy A8 battery has a capacity of 3000 mAh, and the Galaxy A8 + has a capacity of 3,500 mAh. In the rest, the devices are equipped with Super AMOLED-screens with a resolution of 2220 × 1080 pixels and a ratio of 18.5: 9, an 8-core Exynos chip, 4 or 6 (for Galaxy A8 +) gigabytes of RAM and 64 or 128 gigabytes of built-in flash memory depending on the version. The main camera received a module at 16 megapixels. The dual front camera has image sensors at 16 and 8 Mp. The front camera can do selfi as one person, and make large-format group photos. Both devices run on Android 7.1.1 Nougat. For more information on new smartphones, read the news.

The web has fresh details and an approximate date for the announcement of the unannounced Xiaomi Mi Max 3 . The device will be equipped with a full-screen IPS-display with FHD + resolution (2160 by 1080 pixels) and an aspect ratio of 18: 9. Due to the introduction of thin frames, the diagonal of the screen will increase from 6.44 inches to almost 7 inches while retaining the same body dimensions as the Mi Max 2. The novelty will receive two versions: the base will be equipped with a Snapdragon 630/635 processor, 4 gigabytes of operational and 64 gigabytes of internal memory. The advanced version will be equipped with a Snapdragon 660 processor with 6 gigabytes of RAM and 64 gigabytes of internal memory. The volume of the battery is unknown, but thanks to the 660th chip model, the older version of the tablet will support the Quick Charge 4.0 fast charging technology. The approximate date of the announcement of Xiaomi Mi Max 3 will not be earlier than the beginning of the spring of 2018. It is believed that out of the box the device will have an Android 8.1 Oreo OS and with the proprietary MIUI 9 shell. 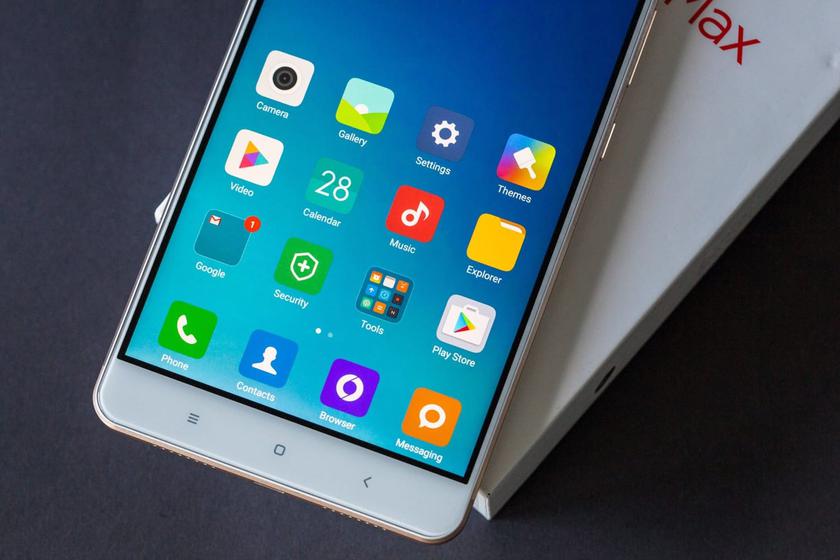