In the Chinese social network Weibo appeared images of an entirely completely frameless smartphone subbrand Huawei Honor. The photos were published by a well-known local insider and judging by them it is not a fake.

The images show the unannounced smartphone Huawei Honor, which does not have frames on the front panel, sensors, front cameras and other. Cut, like the iPhone X, too, and thank you, and from behind you can see a double horizontal camera, flash and Honor logo below in the middle. There is also no fingerprint scanner, so it either moved to the side panel, or became touch and is under the device's screen. The very same back cover is glass and looks like the usual ruler of Huawei smartphones. 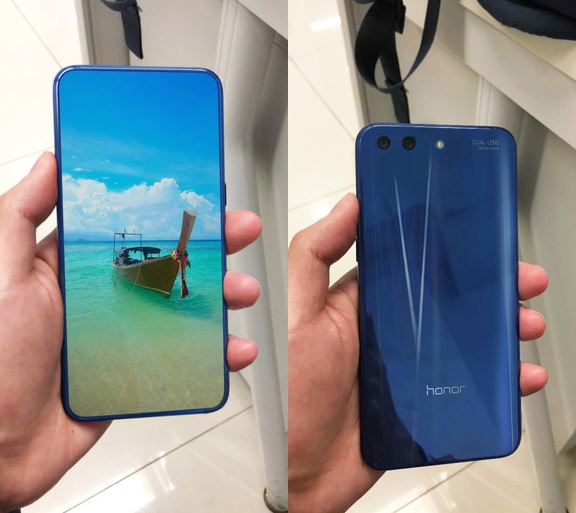 It does not look like the pictures went through Photoshop or any other similar program. And even if so, it's done at the highest level. And judging by the appearance of the smartphone, it is unlikely that it is real. To make such a display and hide all the extra parts you have to try hard. Perhaps the developers of Huawei did so and soon we are waiting for a really frameless smartphone Huawei Honor. Or maybe it's just a fake.