Xiaomi introduced compact headphones Mi Half In-Ear . The plastic case of Xiaomi Mi Half In-Ear is stylized for ceramics, and the 1.25-meter cable is practically not twisted and does not dye in the frost. There is a remote with a microphone and three buttons for controlling playback. Mini-jack corner. The model is available in white and black. The headphones are equipped with dynamic emitters with a ceramic plate. The manufacturer claims an extended frequency range from 20 Hz to 40 kHz, which (in theory) will allow to reproduce the sound as close as possible to the original. The sensitivity is 105 dB / mW, the impedance is 32 Ω. The novelty was also certified Hi-Res Audio. In China, Xiaomi Mi Half In-Ear headphones can be bought for $ 11.

Xiaomi released a backpack Mi Geek Shoulder Bag . The novelty will go on sale in April. Design of the backpack developed in the startup 90 points. The team focused on geeks and gamers. Xiaomi Mi Geek Shoulder Bag keeps the form and is protected from splashes. It is suitable for transporting a laptop with a screen diagonal of up to 15.6 inches. There is also a headphone support, eyeglasses, two mice, a pair of flash drives and two memory cards. The backpack is sewn from a dense matte fabric, on the rear panel there are deep ventilation channels, and above the straps are provided shoulder straps for load distribution. In China, Xiaomi Mi Geek Shoulder Bag sales will begin on April 16, and in the home market, the backpack can be bought for $ 64.

Chinese giant Xiaomi introduced an improved version of the popular frameless smartphone Mi MIX 2 and added the letter s to the title. The appearance of the novelty is almost identical to its predecessor, but the stuffing has been significantly improved and added a couple of newfangled chips. The novelty received a frameless Full HD + IPS display of 5.99 inches with thin frames and an 18: 9 aspect ratio. There is no top panel. On the bottom is the front camera and a pair of sensors. The rear glass panel with a dual camera became similar to the iPhone X. There is also a fingerprint scanner. The modules themselves have a resolution of 12 megapixels (wide-angle + telephoto), double optical zoom, four-axis stabilization, software background blur and portrait mode. At the heart of Xiaomi Mi MIX 2s was the Snapdragon 845 chip. In operation, it is assisted by 6 or 8 gigabytes of operative and 64,128 or 256 gigabytes of internal memory. During operation, the battery responds to 3400 mAh. In the presence of a wireless charging type Qi 7.5 W. Other details, release date and price, see the original news . 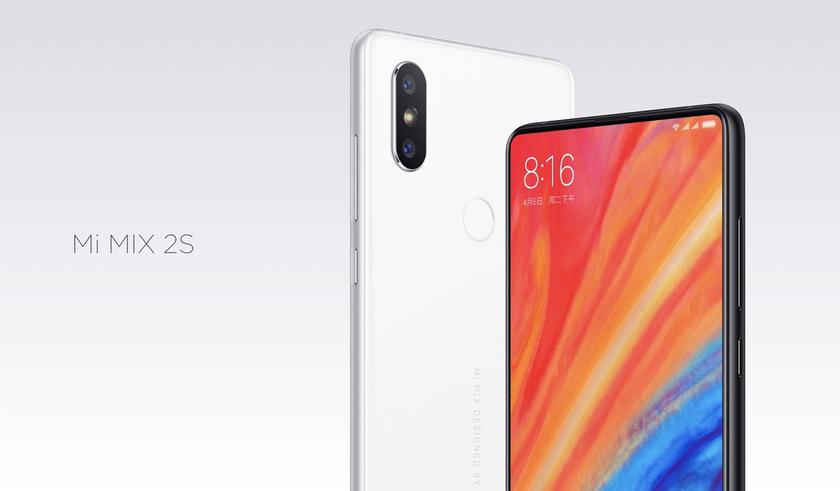 Mobile messenger Telegram for iOS and Android received a fresh update . The update brought several useful features. Now users can easily find the desired sticker by searching. To do this, you need to enter some emoji - and the service will provide options for stickers from popular packages. You can also type a keyword, after which you will see already installed suitable packages and new offers. In the instant messenger, you can now send several photos or videos at once, one by one. For this, a special button + appeared. For smartphones on iOS appeared night mode, automatically launched by night or in conditions of poor lighting. On Android-powered devices a ride a couple of weeks ago. Among the new features of Telegram for iOS - authorization on the sites with the help of an account in the messenger, the formatting of the text in the headings, personal messages in public chat rooms.

Announced Huawei Porsche Design Mate RS in addition to a triple camera for 40 megapixels, the device has a built-in display fingerprint scanner and wireless charging. Huawei Porsche Design Mate RS does not look like the iPhone X. The company did not make a cutout in the display, and the triple camera module on the backrest moved to the center for symmetry. The front panel occupies an OLED display with an aspect ratio of 18: 9 and a resolution of 2880 × 1440 pixels. For speed response 8-core chip Kirin 970 with AI, RAM 6 gigabytes, built-in 256 or even 512 gigabytes. The basic triple Leica camera is identical to the module in the Huawei P20 Pro: a basic 40-megapixel module with f / 1.8 optics, three 8-megapixel optical zoom with a f / 2.4 aperture, a third monochrome 20 MP with a f / 1.6 aperture. Supports slow motion in HD-resolution at a frequency of 960 frames per second. The smartphone can combine four neighboring pixels in a 40-megapixel camera to get high-quality photos in poor lighting. Light Fusion also supports a front-facing 24-megapixel camera. Other characteristics, release date and price tag of the new items look in the original news .

After the scandal with a giant leak of data from Facebook flashmob # remote phone Ilon Mask removed from the social network the official pages of their companies Tesla and SpaceX . Under one of the entries on Twitter, it was taken on poorly. The guy under the nickname @serdarsprofile wrote Mask "delete facebook, if you're a man". As it turned out, Mask was not aware of the history of data leakage and immediately did not understand what was happening. After chatting with the guy, Ilon disappeared for a couple of hours, and then came back with the news that he had removed Facebook's page X. And he was immediately asked to repeat the trick with the page Tesla. Mask was not embarrassed and removed her, noticing that she looked all the more miserable and in general he almost did not use facebook. In total, there were 5 million subscribers on both pages.

Analyst of Merrill Lynch investment bank Vamsi Mohan said that in a few years Apple can release a bendable smartphone . Apple already uses flexible screens - in the iPhone X the edge of the OLED panel is bent inside the case to reduce the bottom frame. But this display is fixed on a rigid basis. Vassi Mohan believes that the folding device company will show only in 2020. The expert does not exclude that in the expanded form it will turn into a tablet, close to the iPad format.

Huawei introduced a new generation of flagships - Huawei P20 and top-end P20 Pro with triple Leica camera. Both smartphones received a glass case and a screen with a small cut-out for the front camera. Huawei P20 is equipped with a 5.8-inch IPS-panel with a resolution of 2240 × 1080 pixels and an aspect ratio of 18.7: 9, and thanks to the white subpixel in the RGBW scheme, the brightness reaches 770 cd / m2. The older Huawei P20 Pro got a 6.1-inch OLED display with the same QHD + resolution. The heart of smartphones was the 8-core chipset Kirin 970 with a neural processor NPU to speed up tasks related to artificial intelligence. The Huawei P20 has 4 GB of RAM and the Pro version has 6 GB. Built-in storage and there and there on 128 GB. Under the gadget screen is a button with a built-in fingerprint scanner. Other characteristics, release date and price tags of the flagships look in the original news .

Apple introduced a new 9.7-inch iPad of the 2018th model year. The novelty has received improved technical characteristics and a corporate stylus from iPad Pro. Apple iPad 2018 does not differ from its predecessor in 2017. Changes touched the filling and system, and added a new features gadget. The heart of the metal novelty was the A10 Fusion processor (before that, Apple A9 was standing). The same is under the hood of the iPhone 7. Internal memory - 32 gigabytes. In addition, the tablet is equipped with a Retina-screen with a resolution of 2048 by 1536 pixels, the main camera with Full HD video support and an 8Mp module. The front camera here is FaceTime HD with an image sensor at 1.2 megapixels. Do not forget about the LTE-module with a data transfer rate of up to 300 Mbps and a fingerprint scanner Touch ID. According to the creators, the battery will last for 10 hours. Other characteristics, release date and price list of the tablet look in the original news . 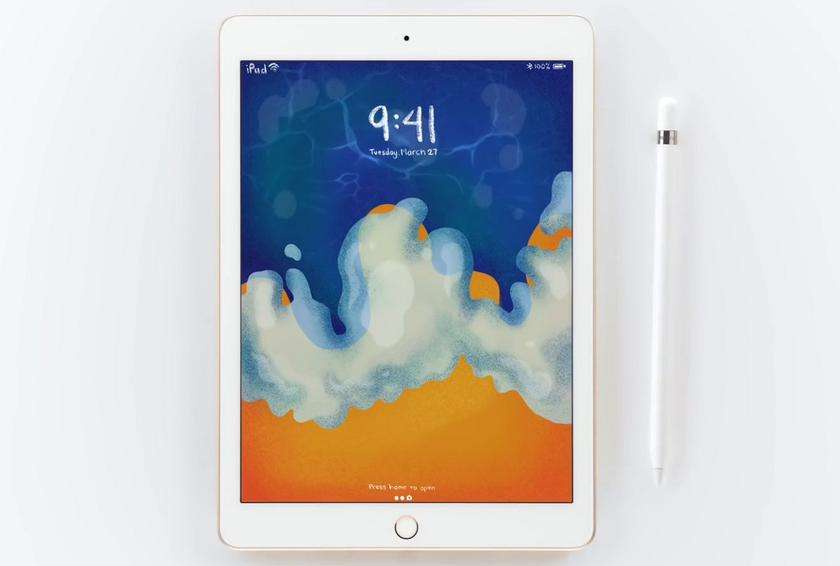