Meizu 15 was noticed in the benchmark Geekbench

Smartphone Meizu 15 Plus on Exynos 8895 just showed up in AnTuTu , and his younger brother Meizu 15 has already passed tests of the popular benchmark Geekbench.

Meizu 15 is equipped with an unknown 8-core processor with a clock speed of 1.84 GHz (maybe it's Snapdragon 660), 4 gigabytes of RAM and Android 7.1.1. In a multi-core test, the smartphone scored 1616 points. In a multi-core test, his result was 5938 points. Similar results were shown by the Nokia 7 Plus and Xiaomi Mi Note 3 models. 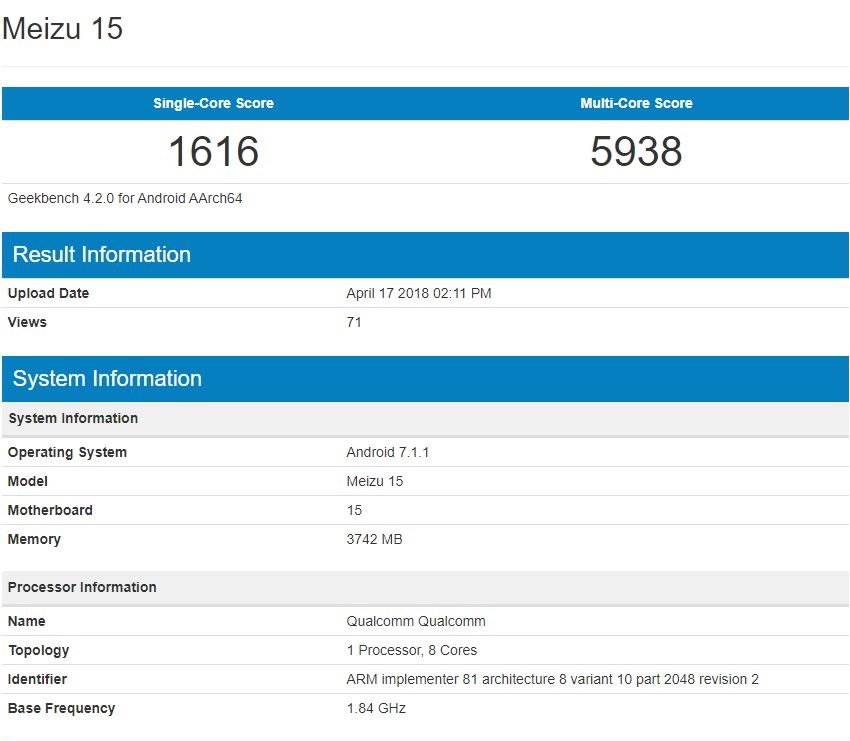 Based on other rumors, Meizu 15 will receive a 5.46-inch FullHD screen, a 6-gigabyte RAM option, 64 or 128 gigabytes of internal flash memory, a 12 and 2-megapixel main dual camera and a 20-megapixel camera. During operation, the battery is responsible for 2940 mAh. Meizu 15 and his brothers should present on April 22. There they will also talk about the new Flyme 7 shell, which they will receive on top of Android.