Back in September Realme introduced in China smartphone Realme GT Neo 2, after which it was announced and on international market. However, only now the device has appeared on official website with price tags for Europe.

But at the prices were actually higher. So, for modification with 8/128 GB memory is asked 449 euros, and version with 12/256 GB estimated at 549 euros. There are two colors to choose from : Neo Blue and Neo Black. 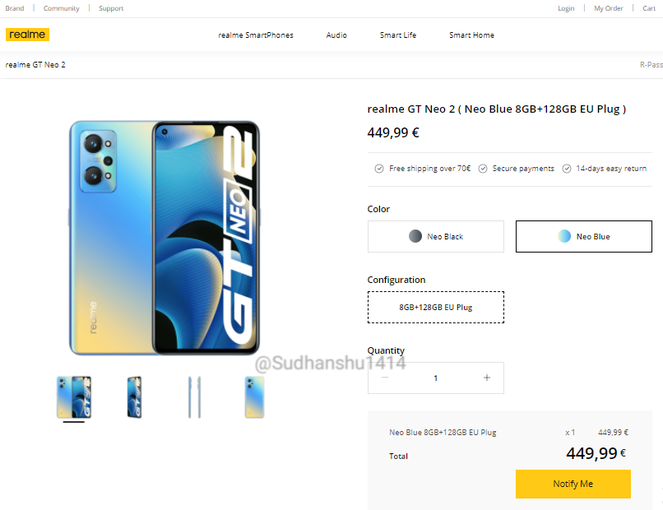 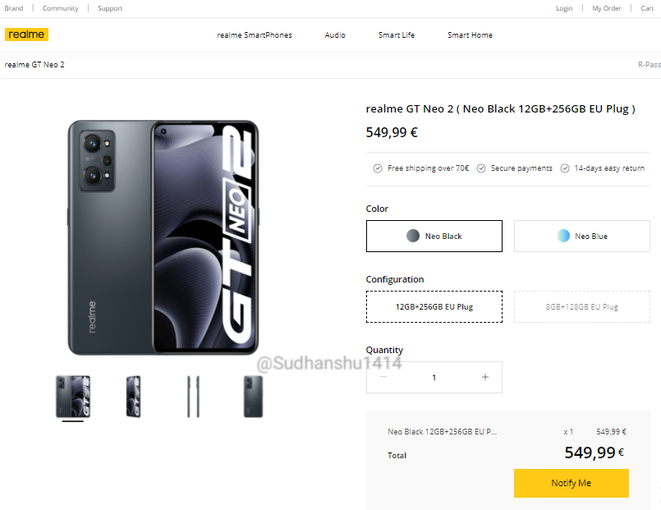 At the same time, the exact timing of Realme GT Neo 2 sales start in Europe is still unknown.