MediaTek recently introduced not only the flagship mobile chip Dimensity 9000but also a new SoC for smart TVs.

The processor was named Pentonic 2000. According to the manufacturer, this is the world's first 7-nanometer chipset for TVs. It is also the world's first commercial TV chipset to support Universal Video Coding (VVC) for H.266 content. For those not in the know, this is a new codec with improved compression efficiency. It is mainly used for streaming and broadcast media. 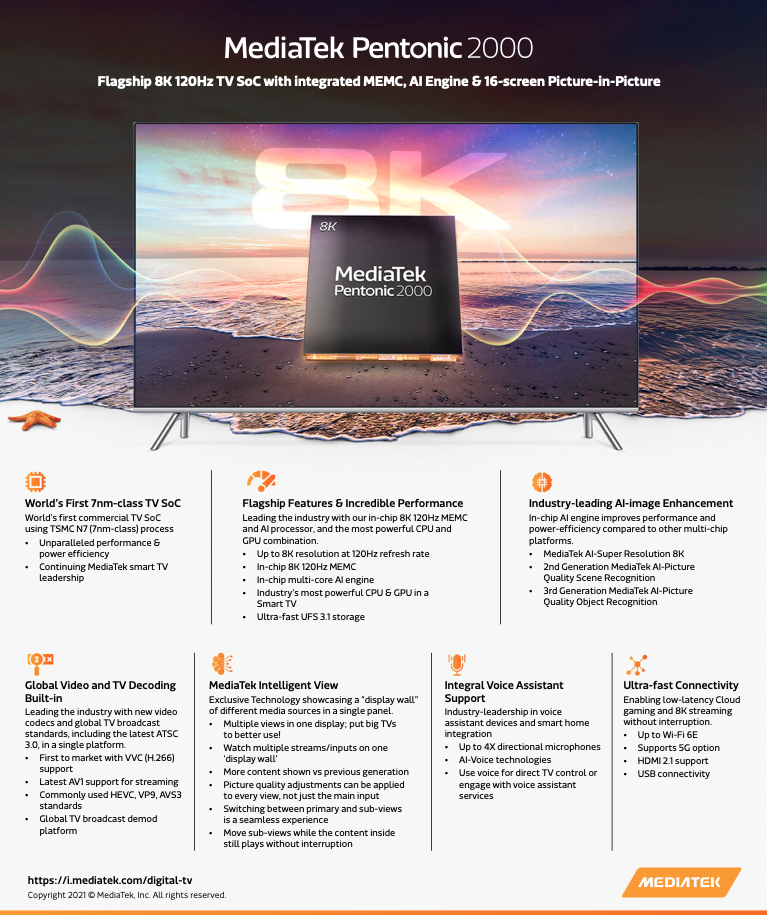 Interestingly, the new product also supports 8K picture resolution with a maximum refresh rate of 120 Hz. The processor can work with UFS 3.1 memory. In addition, it has a Wi-Fi 6E module and a 5G modem (optional).

The first TVs based on the MediaTek Pentonic 2000 should appear in 2022.