Amazon showed not only the robot Astro, but also its biggest smart display Echo Show at the presentation on September 28.

The device stands out from other Echo Show models by its body without a protruding back part. You can hang the gadget on the wall or install it on a special stand. This stand has to be purchased separately.

The device runs on a new proprietary chip AZ2. It has four cores and, according to manufacturer, can perform 22 times more operations per second than the previous version AZ1. The gadget also has a built-in camera for user recognition and video calling. It can be closed if you wish.

Naturally, the novelty supports Alexa voice assistant. You can monitor weather, get reminders, as well as control smart devices in the house and even use Prime Video, Netflix, Disney+, Spotify, and other services from the smart display. 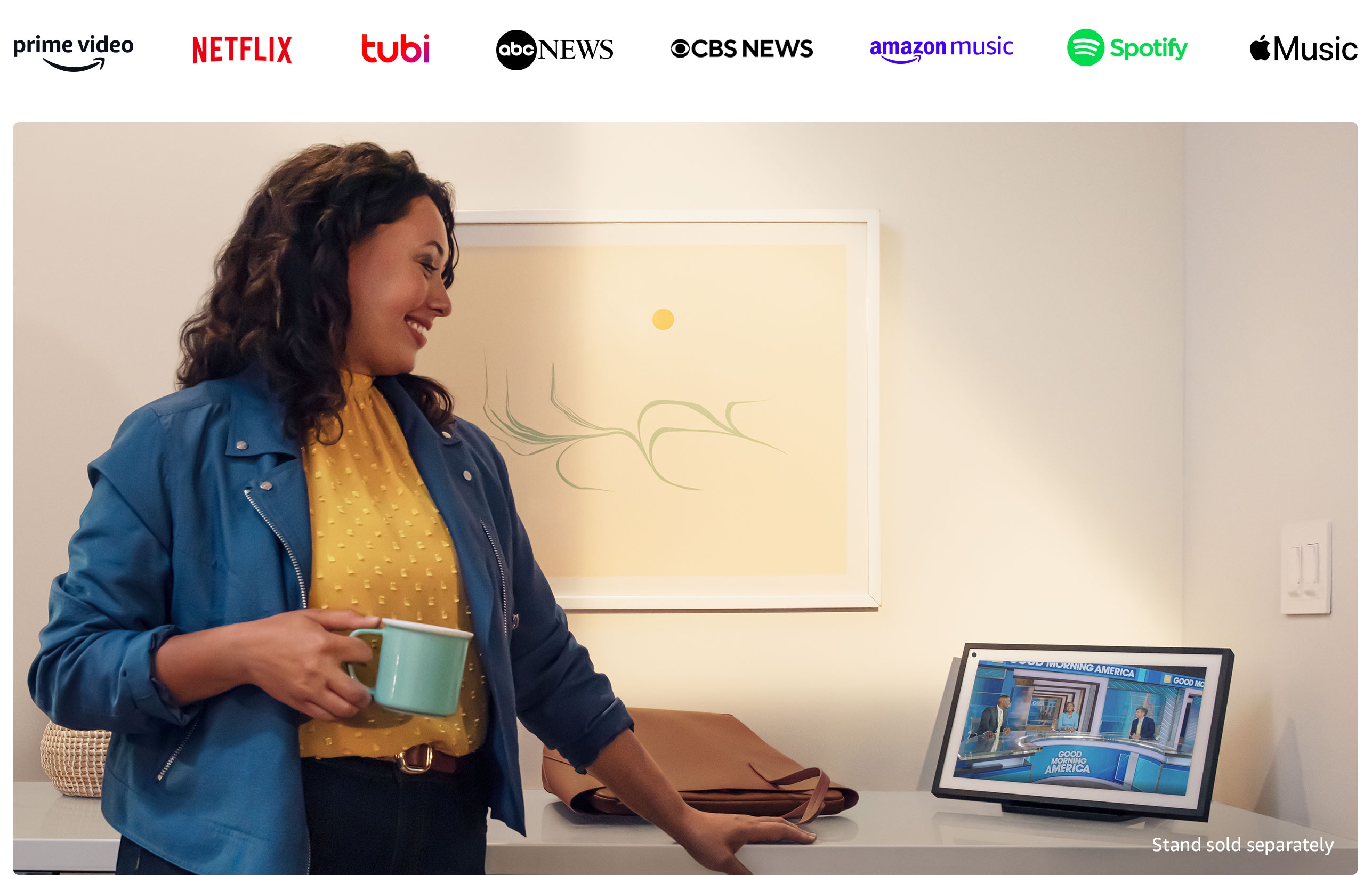 The 15-inch Echo Show should be available by the end of this year at $249.