Almost two weeks ago, Samsung closed the beta test update Android 8.0 Oreo for Galaxy S8 and Galaxy S8 +, and now flagship smartphones flew stable version of the firmware . With the transition to Android 8.0 Oreo, smartphones began to work faster. Of the new features in the shell Samsung Experience 9.0 - shortcuts for long-term access to application icons, notification channels, a keyboard with built-in search for hyphae, new styles for Always On Display and Edge backlights. Clients of popular instant messengers can be cloned to use two accounts. Another nice innovation - in the gallery you can hide unnecessary folders. The update comes out gradually, so some users will have to wait a little. The next in line for the update is Samsung Galaxy Note 8.

In the social network Weibo appeared advertising teaser Xiaomi Mi Mix 2S . The authors assure that this is an official promo image, which was obtained from sources inside the company. The banner shows a smartphone with a 5.99-inch screen and even thinner frames. To achieve maximum "framelessness" was possible due to the transfer of the front camera to the upper right corner. Now it takes up so little space that it is practically not noticeable. Such an unusual design was called Full Screen 3.0. On the rear panel we see a dual 12 megapixel main camera with Sony IMX363 sensors, optical zoom and an image stabilization system. The fingerprint scanner is nowhere to be found - neither under the camera nor on the front side. Xiaomi Mi Mix 2S will run on a single-chip system Snapdragon 845 and have 8 GB of operational and 256 GB of flash memory. 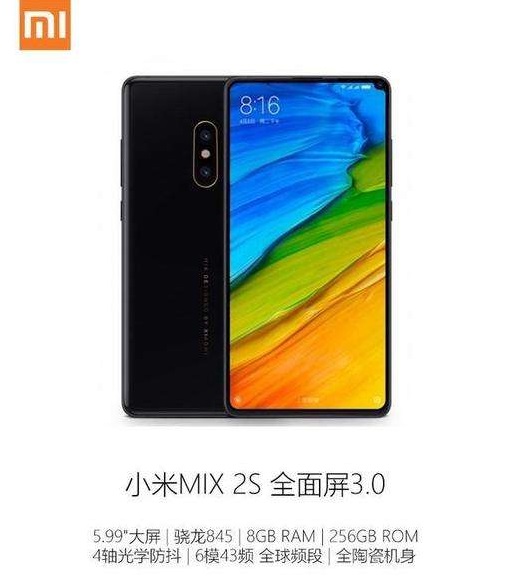 On the site of the American operator T-Mobile, there was information that the manufacturer will update and flagship devices in 2015 . The support page for smartphones Galaxy S6, S6 Edge, S6 Edge + and Note 5 states that Oreo for these devices is already in development. There is also a message: "T-Mobile and the manufacturer agreed to continue to support the devices." While there is no official statement from Samsung, but let's hope that sooner or later, the company will announce this.

On the expanses of social network Weibo appeared a screenshot with a description of the characteristics of the new, not yet announced flagship Xiaomi - Mi 7 . The smartphone will have a 5.6-inch screen with an aspect ratio of 18: 9 and a Full HD + (2160 × 1080 pixels) resolution. There is a flagship on the Snapdragon 845. There is a dual main camera with 16 Mp for each module. According to the leak, the battery capacity of the "seven" will be 4480 mAh. Also, judging by the characteristics, the smartphone will have 8GB of RAM and 128GB of flash memory. The younger version holds 6 + 64 GB of memory. In the "Operating System" column the version of MIUI 8.1.30x is indicated, but it is expected that the flagship will get Android with the MIUI 9 shell. 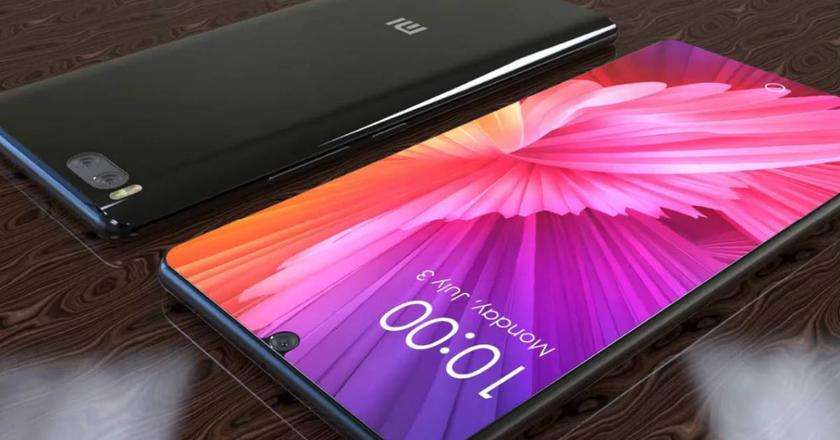 At the presentation of the smartphone Nokia 8 in Indonesia, journalists noticed in the hands of one of the top managers of HMD is not yet announced the flagship . The smartphone is equipped with a curved display on the sides and a dual camera. The similar device repeatedly figured in rumors like Nokia 9, but recently it turned out that the model could come under a different name - Nokia 8 Sirocco. Apparently, the company decided to leave the serial number for the full flagship of 2018. Nokia 8 Sirocco is at the level of last season's flagships. Rumors attributed to him a 5.5-inch OLED-panel with the usual aspect ratio of 16: 9, but due to the thin frames on top and bottom of the smartphone is not lost on the background of models with a "high" screen. For the speed of response processor Snapdragon 835. RAM 6 GB, built-in drive UFS 2.1 to 128 GB. The smartphone will receive a basic dual camera for 12 + 13 megapixels, front module 5-megapixel. The battery capacity is 3250 mAh. Most likely, Nokia 8 Sirocco will be presented on February 25 at the HMD press conference at the MWC 2018 exhibition. 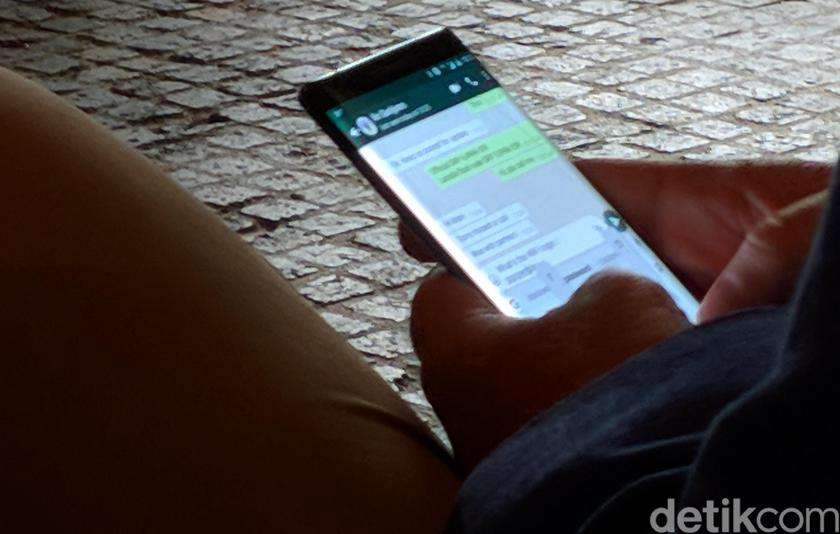 Recently, the official Twitter account Xiaomi invited fans to choose between the proprietary shell MIUI 9 and Android One. The company clearly did not expect that users would give preference to the "clean" version of the operating system, and when it began to confidently lead, it occurred to somebody the idiotic idea to remove the vote . Apparently, Xiaomi Mi A1 was so attracted to the public that even dedicated fans of the company (and in the survey they mostly participated) would like to see more gadgets of their favorite brand on Android One. But instead of publishing a banal and non-binding message about the importance of consumer opinion, Xiaomi simply removed the vote, the results of which did not suit her.

Enthusiasts have launched a new version of Windows 10 for ARM on the Lumia 950 smartphone . Twitter user under the nickname Blaze published photos of Microsoft Lumia 950 with the working assembly of Windows 10.0.16299.15 for devices with ARM-processors. In his project, he used the Windows Phone Internals utility, which allows you to unlock the boot loader of most Lumia smartphones and access the file system. Another developer @WebberGuo did the same trick with the prototype Lumia RX-130 - an increased version of the Lumia 950 XL, which was never officially introduced. There are still many mistakes in the system, but no one expected a different result.

On the web there were rumors about the release of just three versions of Meizu 15 . Fans were waiting for the announcement of two models - Meizu 15 (possibly with the prefix PRO) and 15 Plus. But now the Chinese insider @MMDDJ_ assures that they will be joined by another device - Meizu 15 Lite. While no features are known, but previous leaks attributed to Meizu 15 Plus processor Snapdragon 845 from Qualcomm or Exynos 8895 from Samsung, a glass case, possibly a dual camera and 6 + 128 or 8 + 128 GB of flash and RAM in different versions. The younger version of Meizu 15 was valued at $ 475, the "pluses" - at $ 550. On the Meizu 15 Lite version, nothing is known yet. Their announcement is expected after the Chinese New Year - in late February - early March. 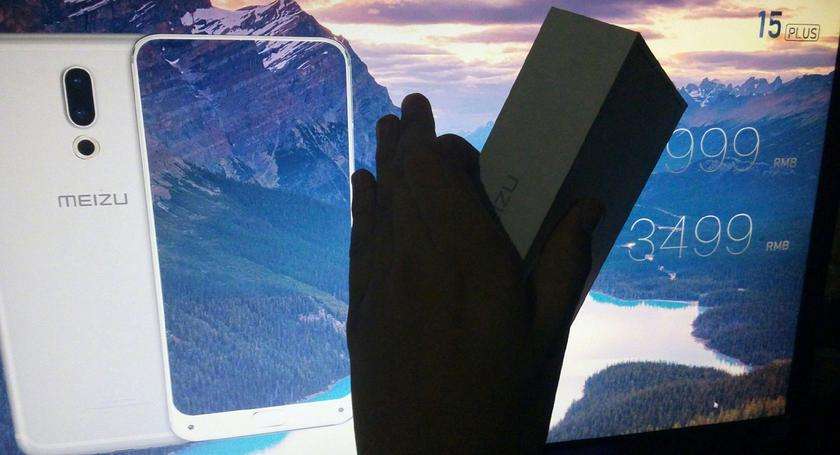 LG Electronics patented a folding smartphone with three touch screens at once . The application for a patent was filed with the World Intellectual Property Organization in December 2014. In November last year, it was approved, and only now promulgated. LG showed images of a triple device, which can be folded like a brochure or leaflet. The main can be both a screen in the middle, and lateral displays. The sketches depict different locations of the physical button "Home". Fully deploying screens, you can get one big screen. Also, two parts can be "folded" after one, thus using only one display.