Against the background of the ongoing scandal with the abuse of data of 50 million Facebook users, people finally thought about what information falls into the hands of social networks without any leaks. So New Zealand developer Dylan Mackey discovered that his account contains a log of calls and SMS messages.

The company's blog says that this data is collected only in Messenger and Facebook Lite for Android and only by the user's permission. It is noted that this is a standard practice for similar applications, as importing contacts helps to find people with whom the user wants to communicate.

However, Facebook did not explain why they need the rest of the information. "Synchronizing the history of calls and messages makes it easier for you to communicate with your friends," somehow not very informative.

Having received the necessary access rights, the application sends information about the time of sending or receiving a message, the duration of incoming and outgoing calls with each contact, and when they were committed. Yes, Facebook does not read your SMS, does not listen to calls and does not share the magazine with other companies, but this is little consolation.

Somehow it has my entire call history with my partner's mum pic.twitter.com/CIRUguf4vD

Dylan Mackey himself claims that downloading Messenger in 2015, he never used the application for SMS and only granted the permissions necessary for installation on Google Play. But somehow Facebook collected the history of calls until July 2017.

The Ars Technica journalist never installed the messenger client at all, but he also found a list of calls and SMS for the period from 2015 to 2016, when his main device was (appreciate the irony) smartphone with crypto protection Blackphone. The main suspect in this story is Facebook's main customer, and that's why.

It turns out that if developers used libraries that were released before Android 4.1 Jelly Bean, then when accessing contacts, the application can also read the call log and messages. Thus, Facebook could collect "extra" data (most likely, mention of this was, but far in the settings and very small font). In October 2017, Google turned down the support for older Android API 4.0. This roughly coincides with the timing of the termination of "shadowing" on devices without Messenger.

Perhaps, in her blog Facebook described the current state of things, but until recently everything was completely different. IPhone owners were luckier, as in iOS third-party applications can not access the list of calls. 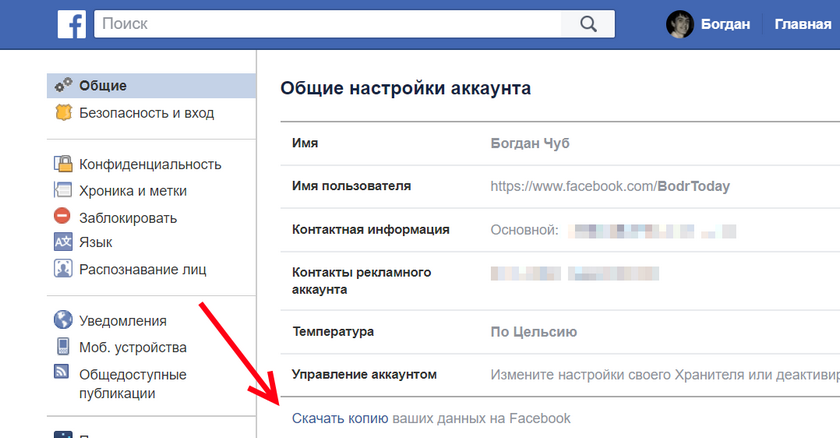 To find out if Facebook collects data about your calls, just download a copy of your account information on this page and check the contents of the contact_info.htm file in the html folder. You can disable the synchronization of contacts by following the instructions for Messenger and Facebook Lite .

Users can also delete saved contacts on this page , although it's not a fact that Facebook will permanently remove this information from its servers. The Ars Technica editor requested a new copy of the data a few days after the information was deleted, but all contacts (including call history) were still in the archive.