Week results: 4K-TV Xiaomi for $ 350, the collapse of Tesla shares and contraband iPhone drones across the border

Xiaomi announced in China a 50-inch model of the Mi TV 4C series. The main chips - a new design of the stand and a glossy frame of the screen, reminiscent of the varnished surface of the piano. Plus, a slightly different 4K UHD panel is used with a resolution of 3840 × 2160 pixels, backlighting of direct type and support for HDR format. The response time is 9.5 ms versus 8 ms for 4A, otherwise there is no difference. The viewing angle is 178 degrees. The TV is equipped with a 64-bit processor with four ARM Cortex-A53 cores at 1.5 GHz and a Mali-450 graphic accelerator at 750 MHz (apparently one of the Amlogic T962 versions). RAM 2 GB, built-in - 8 GB. There are two speakers with a power of 8 watts each and a sound enhancement technology for Dolby Sound. From the interfaces there are three HDMI, two USB, AV, Ethernet, S / PDIF and DTMB. Some of them are located on the side for easy access. Full features and price of new items read in the original news .

The Shenzhen Customs Service detained 26 smugglers who used drones to deliver the iPhone from Hong Kong . The cost of seized contraband is estimated at 500 million yuan or about $ 79.6 million. The restored iPhone was thrown in sacks hanging from the drone, each of which housed up to a dozen smartphones. The drone flew through a 200-meter strait between Hong Kong and mainland China. Thus, overnight criminals smuggled up to 15,000 devices.

Xiaomi started selling Mi Band HRX Edition-it's the same Mi Band 2, but with the straps of two new colors. If initially the bracelets were only available in blue and black colors, now there are devices with green and orange straps. They are made of durable hypoallergenic silicone. Straps are sold on the site Mi. com, but so far only in India. Their price is 3 dollars. The Mi Band HRX Edition improved the algorithm of physical activity, which works more precisely during training. Also a little bit of the battery was pumped - instead of the usual 20 days, the Mi Band HRX Edition runs for 23 days. But the sensor heart rate for some reason removed. 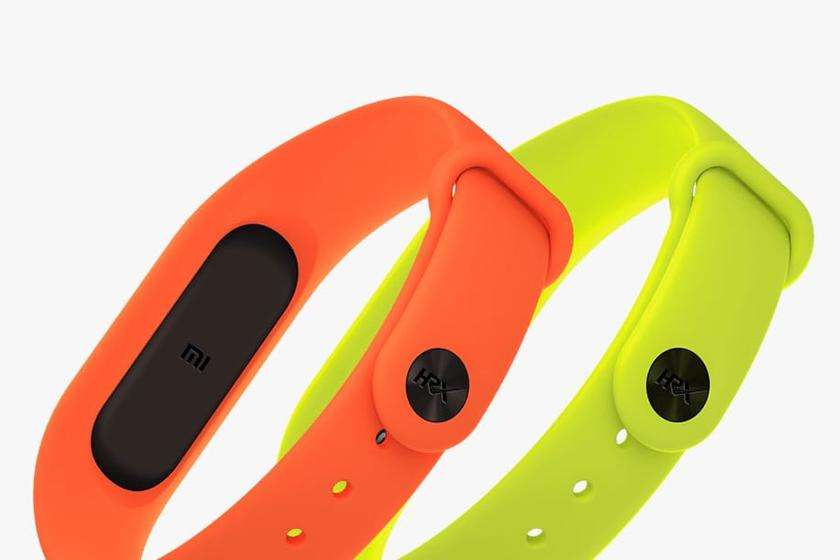 Following the deadly accident with a Uber drones, a similar story happened with Tesla X. After that, Tesla's capitalization fell by an impressive $ 14.6 billion . On March 23, on Highway 101 in Mountain View, Tesla X crashed into a concrete separator at high speed, catching another 2 cars at the same time. The car completely turned the front part, the driver was miraculously rescued from the burning car (the battery ignited), but he died in the hospital. According to the investigation of the company, the car was driving along the highway on autopilot, which signaled to the driver about the need to intercept control. "The driver had about 5 seconds and about 150 meters of unobstructed view of the concrete separator with a bump stop in order to have time to take measures to avoid a collision," the reply says. "However, system logs show that he did not take any action to prevent an accident." The car itself was so damaged by the fact that the so-called "shock absorber" on the road was injured in another accident, but the road service did not have time to replace it.

This year, Xiaomi will finally update the popular fitness tracker Mi Band 2. And although the company is not in a hurry to share details about the third-generation model, the Mi Fit application code already has schematic images of the gadget and hints of new possibilities for the future Xiaomi Mi Band 3. The design plan for the third generation of the fitness tracker is not much different from its predecessor. It's still the same capsule with a button and an OLED panel, but there are differences. The display has become touch-sensitive and supports gestures, and thanks to the increased resolution, more information is placed on it. The company will add a weather widget, switching between screens is done with the help of a svaypa up or down, and the indicators of physical activity can be viewed in the horizontal menu. Other details about the new bracelet read in the original news.

Unannounced smartphone Galaxy S9 Mini appeared in the base of the benchmark Geekbench under the number SM-G8750. The device is equipped with an 8-core chip Snapdragon 660 and 4 gigabytes of RAM. In a single-core test, he scored 1619 points, and in the multithreaded mode the result was 5955 points. This is comparable to other smartphones on the same chipset, including Xiaomi Mi Note 3. The prototype is running Android 8.0 Oreo, but in the final version the system version may be different - it all depends on the timing of the release.

Smartphone Xiaomi Redmi Note 3 Pro, released two years ago, received a stable firmware MIUI 9.5 . The update received the version number 9.5.1.0.MHOMIEK and weighs 425 MB. Unfortunately, the new firmware is still based on Android 6.0.1 Marshmallow. It was added some changes to the user interface, as well as the January security patch from Google. In addition, fixed some errors of the previous version of the OS. The update is already available to all smartphone users.

In High Sierra version 10.13.4. the operating system Apple has been supported by external video cards . The latter connects to the Macbook using the port Thunderbolt 3. This will speed up the computer, especially in heavy games and editing. Apple also stressed that the bundle is suitable for virtual reality. But Apple has imposed some restrictions on the use of an external video card. For example, not all models of graphics chips are supported. Officially, Apple only supports AMD Radeon cards. At the same time, this does not mean that GeForce will not work. Some users connected cards from NVIDIA while the function was in the beta stage. You can also forget about using an external video card on Windows via Boot Camp. Most importantly, you need a Mac with support for Thunderbolt 3.

Chinese giant Huawei has patented a folding smartphone . In the unfolded state, the gadget resembles a tablet in size. Judging by the patent scheme, which the company filed as early as September 19, 2017, the future bendable smartphone Huawei is equipped with one large flexible LED-screen and a special folding mechanism. The structure of the latter and its drawing resemble a similar construction, as in the Microsoft Surface Book. However, unlike the Microsoft tablet, on the folding Huawei smartphone between folded displays there should not be any slit. When the device is decomposed, it turns into a full-fledged tablet. The technical specifications, the release date, the name and the price are still unknown.