For true Star Wars fans: Anker unveils a special version of the Nebula Capsule II projector in the colors of R2-D2 droid

Anker has announced a special edition of its Nebula Capsule II portable projector.

The new product is named Anker Nebula Capsule II  Star Wars R2-D2 Limited Edition and made in colors similar to droid R2-D2 from Star Wars universe. According to the manufacturer, the designers during the creation of this version of the projector were inspired by a scene from the movie "Star Wars: A New Hope" where Princess Leia sent a holographic message to Obi-Wan Kenobi using a droid. By the way, in addition to the colors, the device differs from the usual model in the sounds of R2-D2. 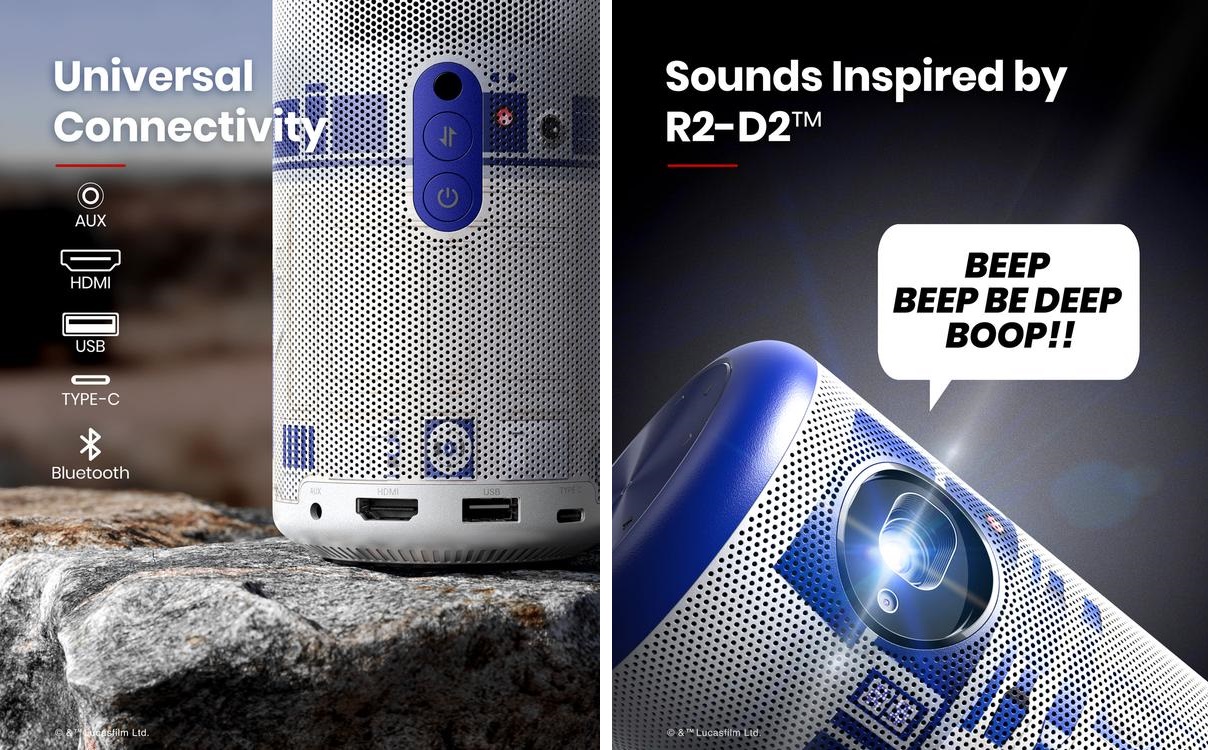 As for the characteristics, they remained the same. The projector runs Android 9 TV with Google Assistant and Chromecast support. It has a brightness of 200 lumens and can project images with a diagonal of up to 100 inches, 720p resolution and 16: 9 aspect ratio. The declared lamp life is 30,000 hours. 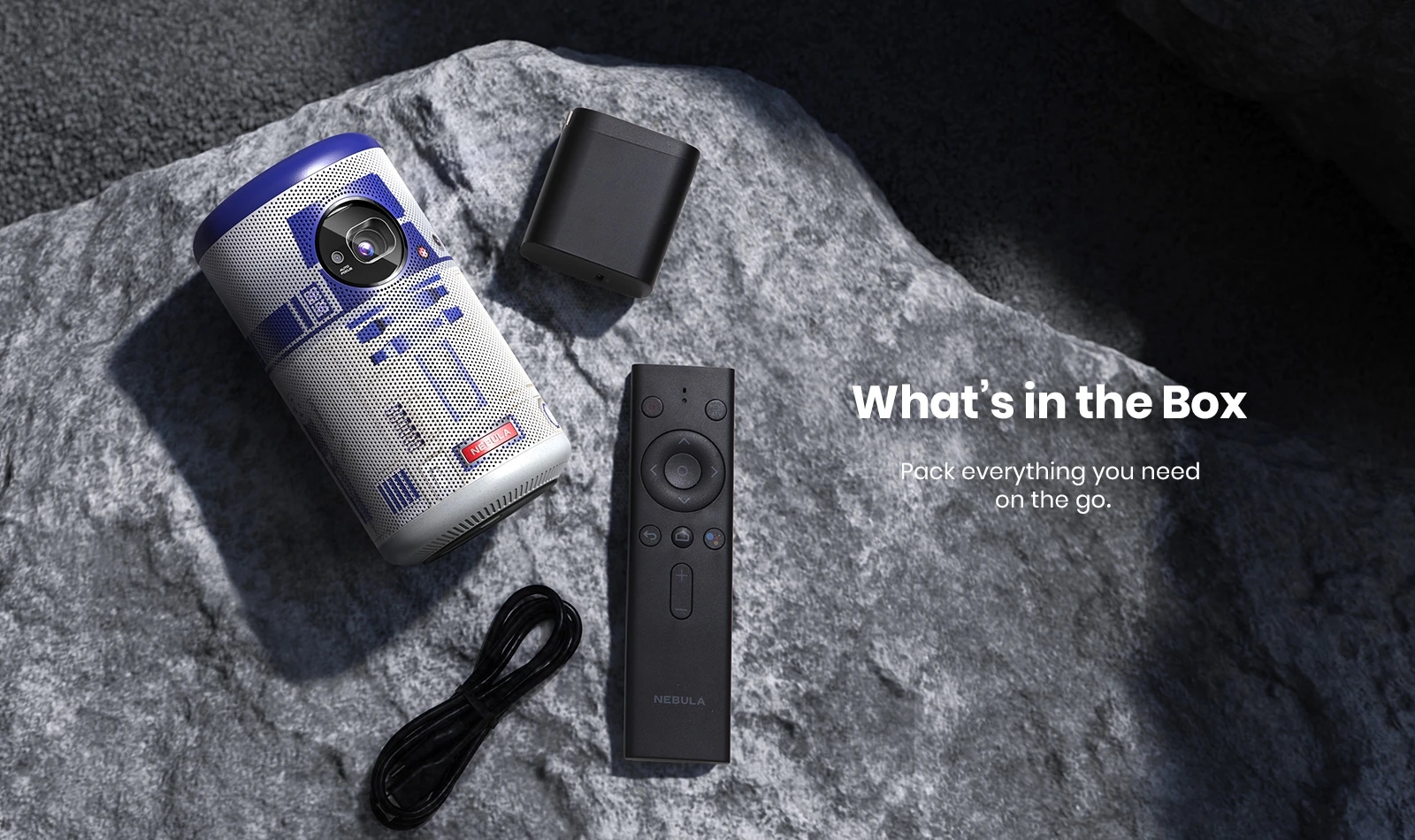 The gadget has Bluetooth, Wi-Fi, speakers, and HDMI, USB-A and USB-C ports for charging. The projector is powered by a quad-core Cortex-A53 chip and has 2 GB of RAM and 8 GB of ROM. The new device is powered by a 9700 mAh battery. The battery life is about 4 hours. That's enough to watch one part of Star Wars.