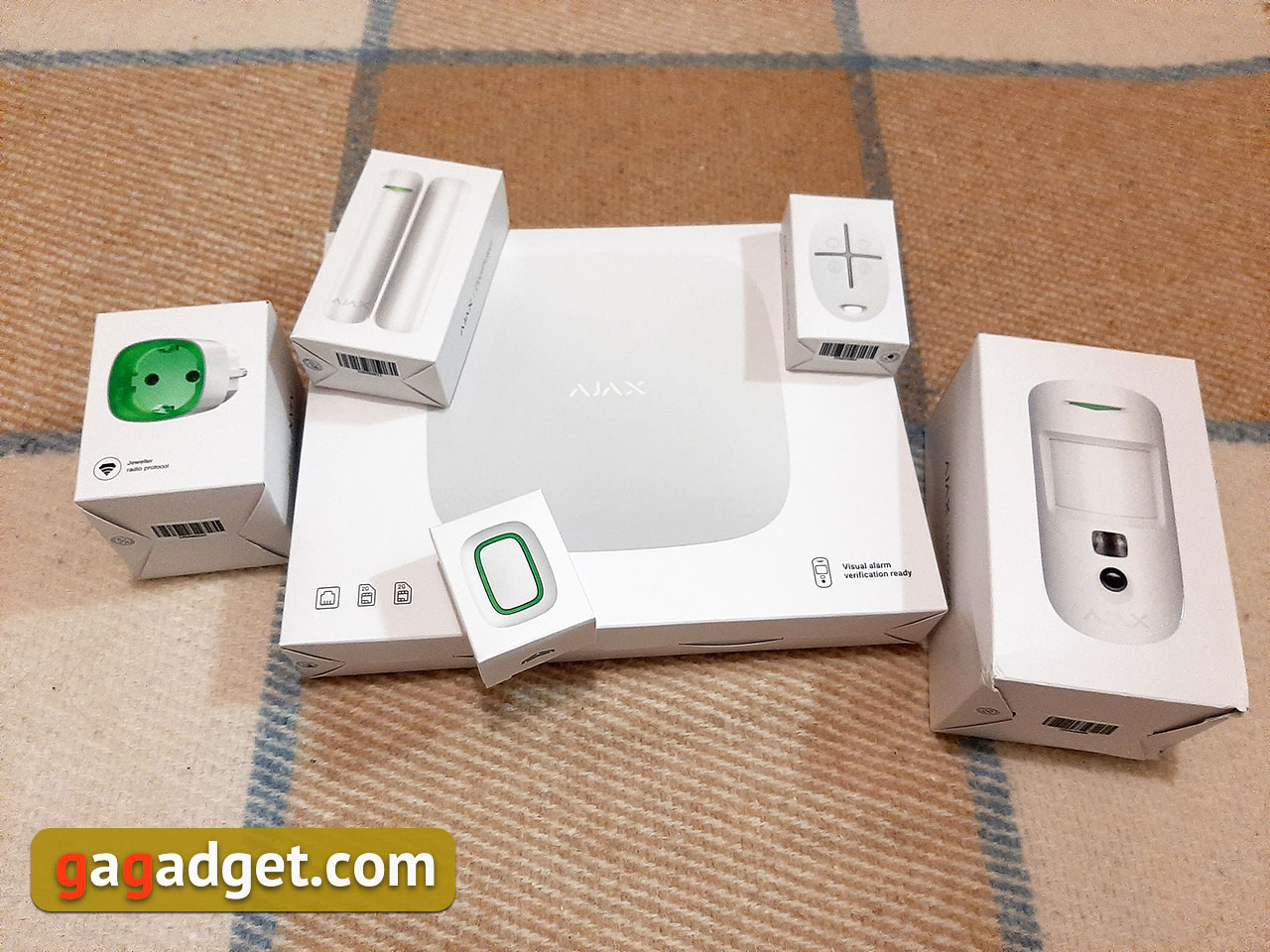 The Ukrainian company Ajax Systems — a developer of the similarly named security systems — presented an updated version of its security system. Just a couple of years ago, the company directed all its efforts toward the development of a "smart" house based on the idea that their system (sold, by the way, in European markets as well) is a good foundation for new functions. In the current update, Ajax added automation scenarios to its own OS Malevich operating system that allow you to perform certain actions during "scenario" cases. The functions of the Button were expanded, and a new MotionCam motion detector with photo verification was released. Now it is also possible to connect several ReX range extenders to one hub. In this review, I will share my impressions of the update.

Note: About two years ago, we had a very detailed review of the Ajax security system. In this text, we will talk about the updates, but if you are not yet familiar with the features of the system, be sure to read the detailed overview as almost everything in it is still relevant.

What's included in the kit?

We received many device boxes for the review to test the new features of the operating system:

The first four are included in the StarterKit Cam set. The last two were needed to test new automation scenarios. If you already have a hub and do not want to part with it, then consider adding two or more hubs to the app to protect several facilities.

What do devices look like, and what are they for?

Design... I think you can see it for yourself. It's all white, smooth, and seamless. There's an alternative black version. These are definitely not the kind of devices you'd want to hide out of sight. They will not disrupt a modern design, attract unnecessary attention, or negatively impact the appearance of the home. Probably the only place where Ajax gadgets will look strange is an old apartment that hasn't seen modern updates for decades. Too much contrast. 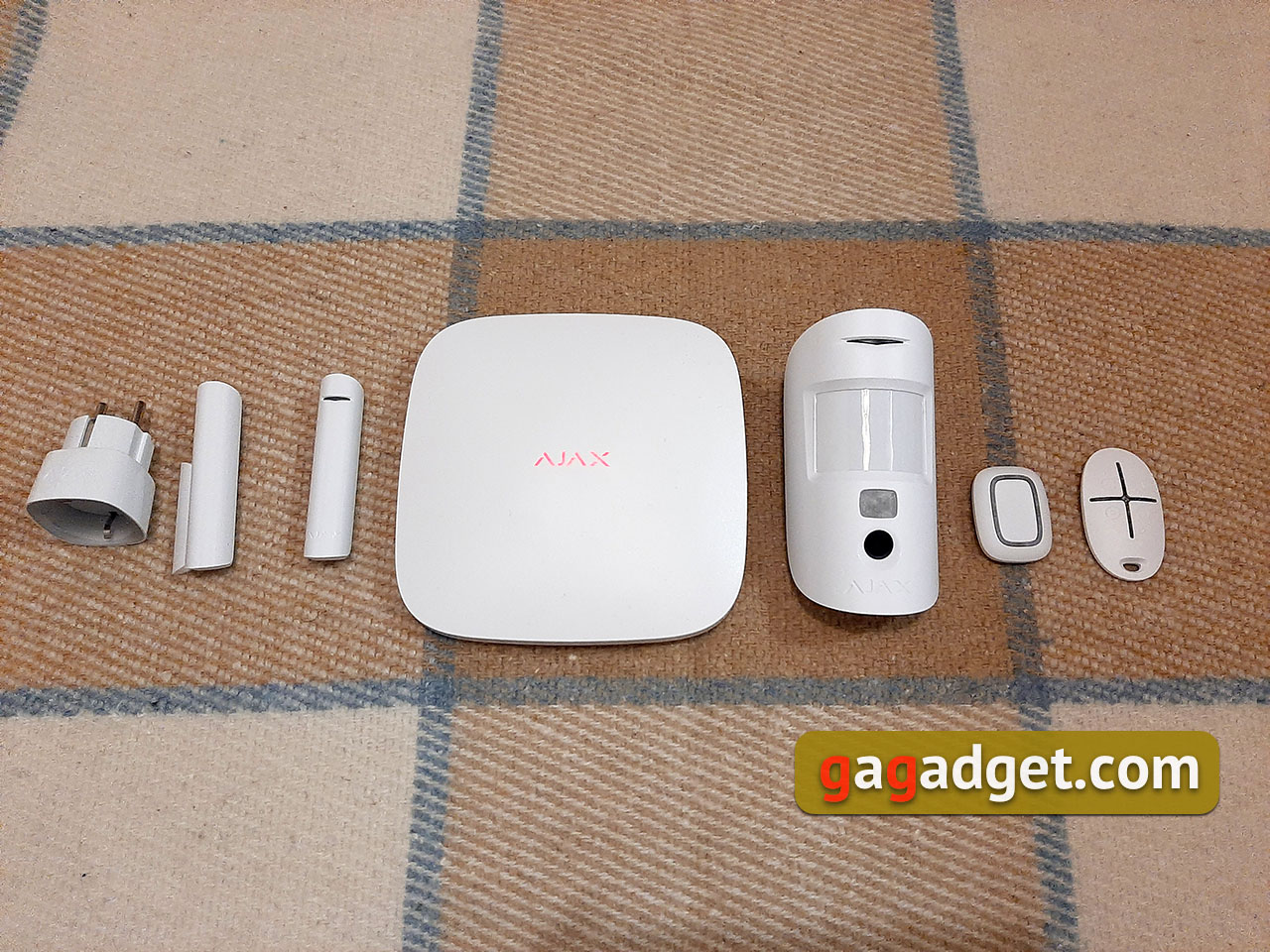 In the box with each gadget, there is a complete kit of everything you need for installation: cables, fittings, etc. The installed batteries have a lifespan of several years.

What's interesting about the update?

This is my first experience with Ajax, and making this review wasn't an easy task. It takes 30 minutes to set up this avalanche of devices. Connect the hub to the power supply (by the way, it can work without it too, but only for 16 hours) and to the Internet. Add it to the app via QR code. The device supports three independent communication channels — Ethernet and two SIM-cards — transmitting data, including photos, on a 2G network. Up to 100 devices, 50 rooms, 50 users, and 9 security groups can be connected to the hub. That is, it has enough technological power not only for an apartment but also for a large commercial facility.

Hub 2 allows you to react quickly not only to intrusions but also to domestic problems like fire or flooding. Communication range — up to 2000 m. This model is required for the operation of MotionCam; it supports the second new Wings communication protocol through which pictures are transferred to the user's device and it works in parallel with Jeweller. 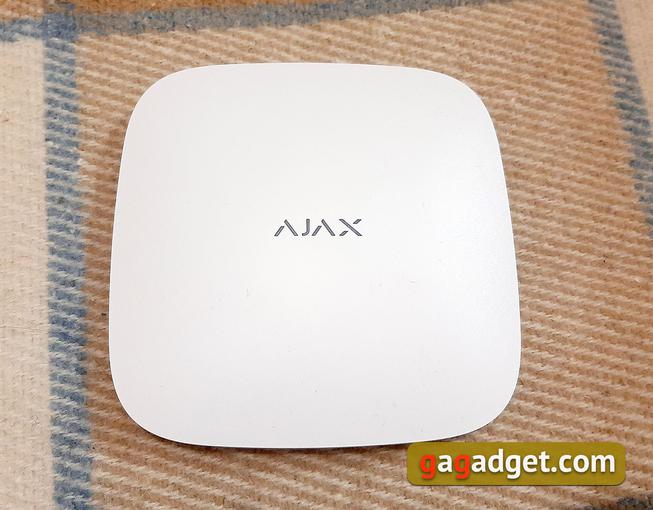 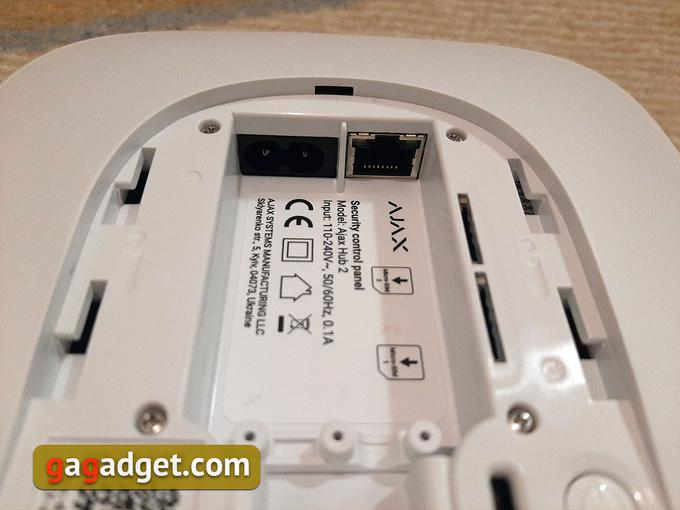 The "smart" plug changes the color of the backlight depending on power consumption. If everything is turned off, the diode will shine green; if it is working at maximum, purple. I basically only use a heater on it (the amount of power consumed and the current, by the way, was also displayed). Most of all, I liked that the plug could be disconnected remotely and switched on by schedule. 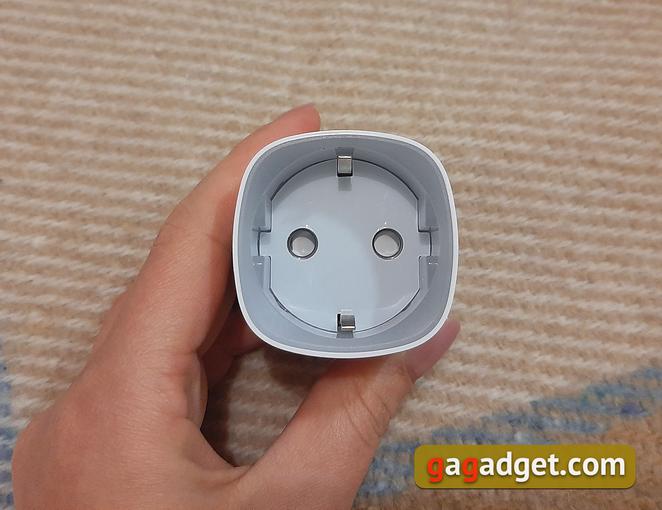 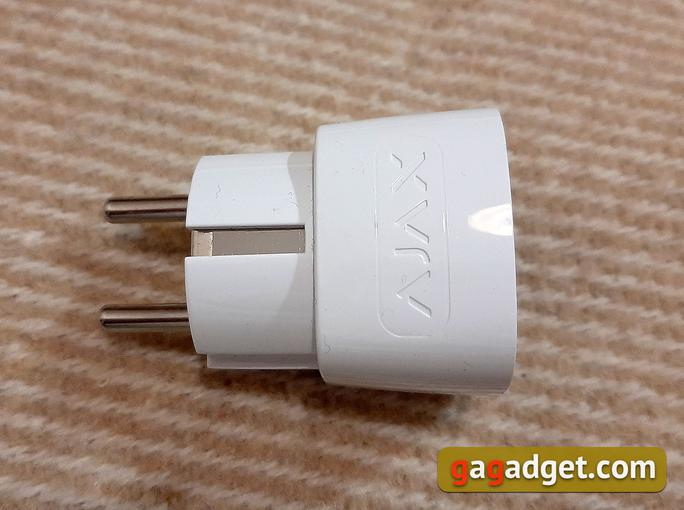 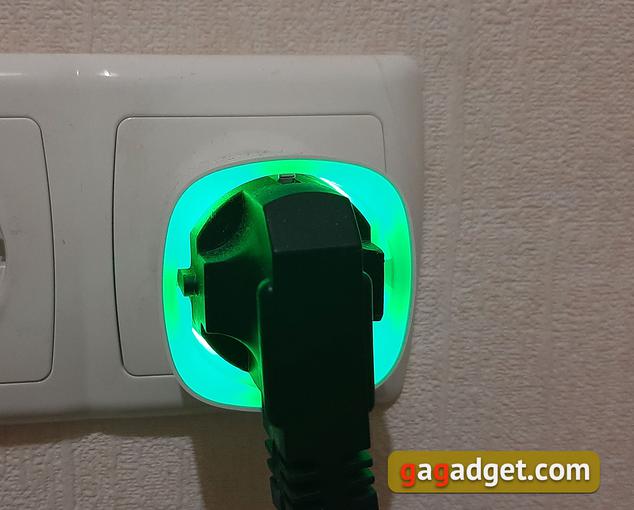 OS updates affected the plug in many ways (and impacted other Ajax automation devices — Relay and WallSwitch). Many scenarios appeared for this device— for example, in the event of flooding or fire, when the detector catches motion, or when the security mode is activated. When I made tests, I chose the most obvious option — to unplug the device as soon as the security was on. Why waste energy when there's no one home or when everyone's asleep?

Panic Button acquired new features — the control of automation devices. In the app settings, you can set different functions for a short and long press. It can call for reinforcements or disable everything depending on your choice. In control mode, it has scenarios for other network devices. In my case, it's for the plug only. Scenarios are not compatible with the alarm mode of the Button. 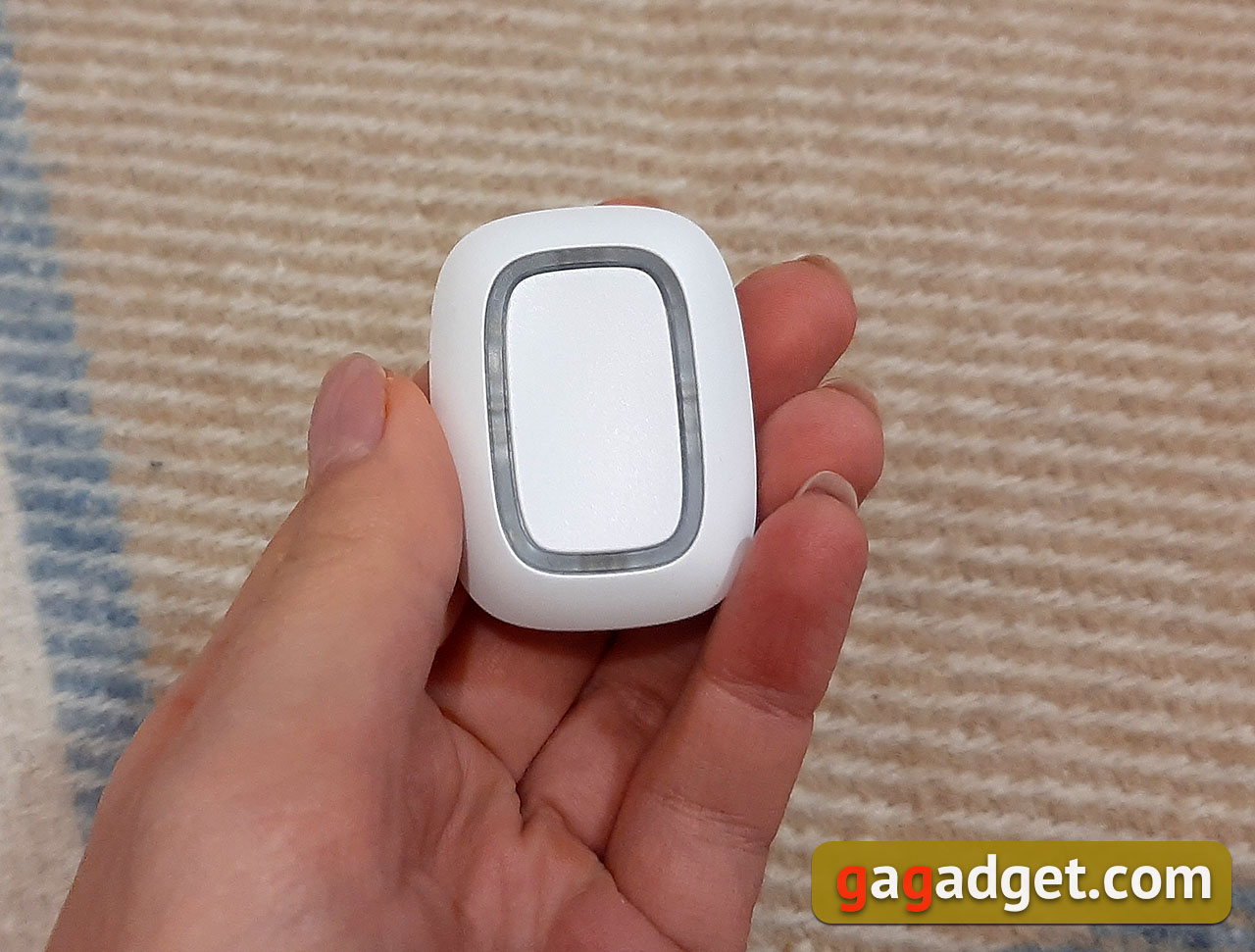 The SpaceControl key fob is designed to enable/disable/switch security modes and Night mode. 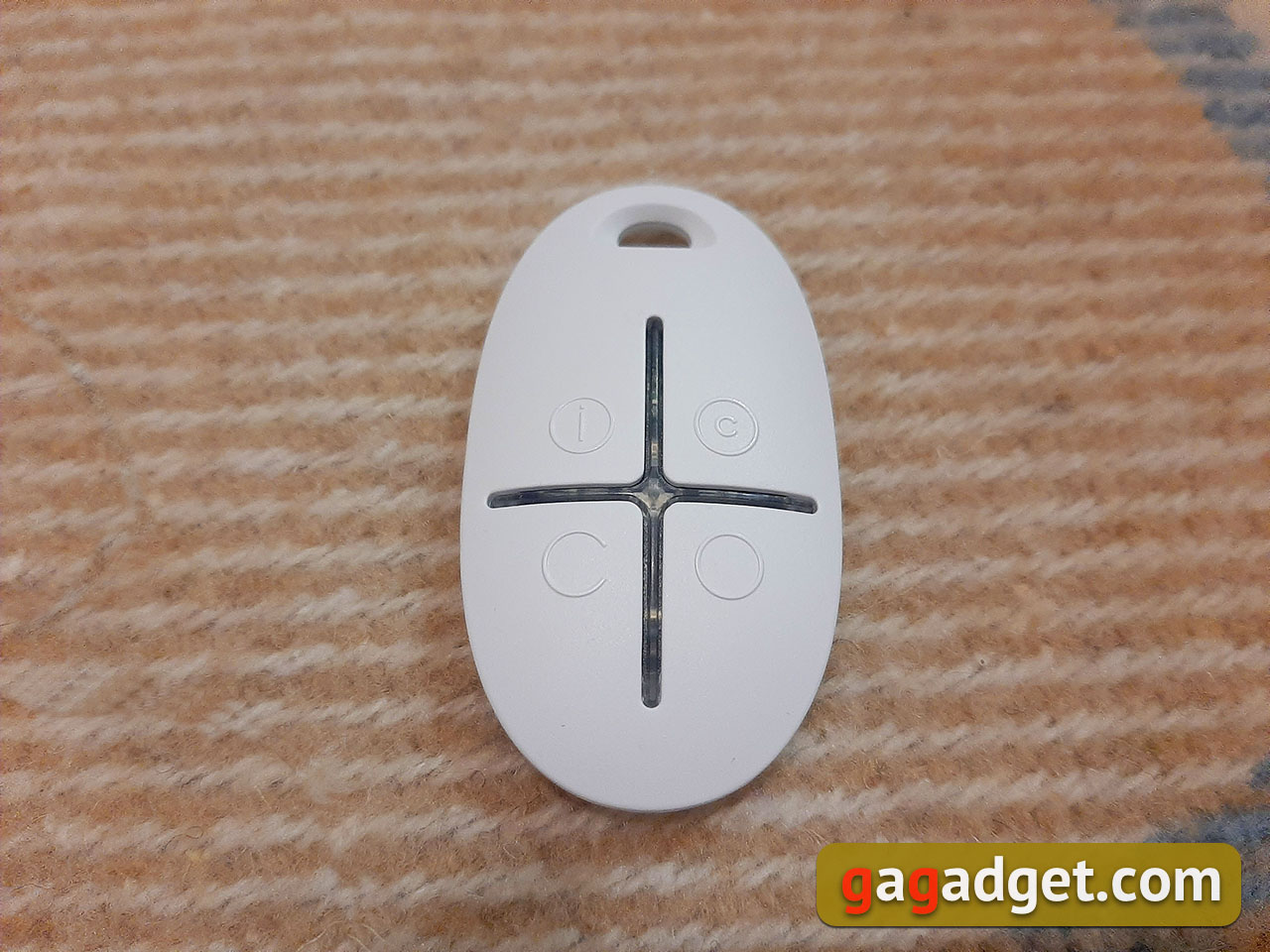 The wireless DoorProtect door opening detector consists of two parts (pictured below). It signals if the door or window has been broken into. It can be installed on all types of doors, including the metal base.

MotionCam looks like a MotionProtect motion detector, but it also has a built-in camera module. Specially for the new detector, Ajax developed another proprietary data transfer protocol and now the detector uses two: Jeweller for alarm notification and Wings for transmitting photos. The communication range is 1700 m in line of sights, and the camera shoots even in the dark and transmits images within 9 seconds. Everything happened so fast that I didn't even notice the whole process. For those who follow notifications and react on time, this is a real way to save time and nerves. The device has a built-in battery that will last four years (or up to 2.5 years if the "entry delay" function is enabled), and the charge status can always be monitored in the app. The detector also has a number of anti-burglary functions; it will inform you if somebody tried to jam the device or detach it from the fitting. It's also protected against forgery. 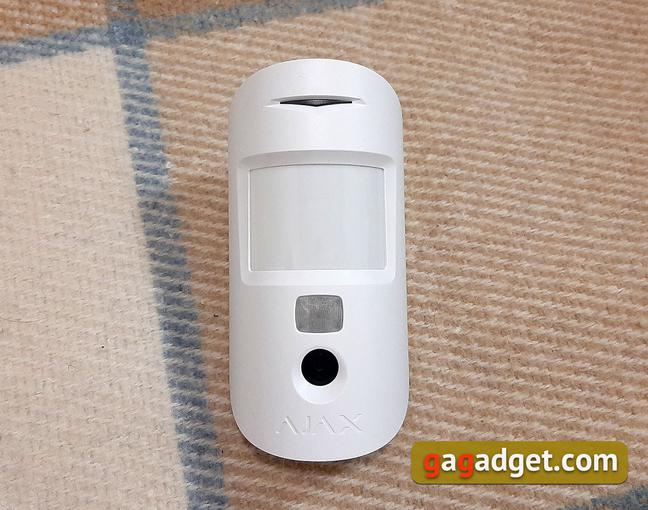 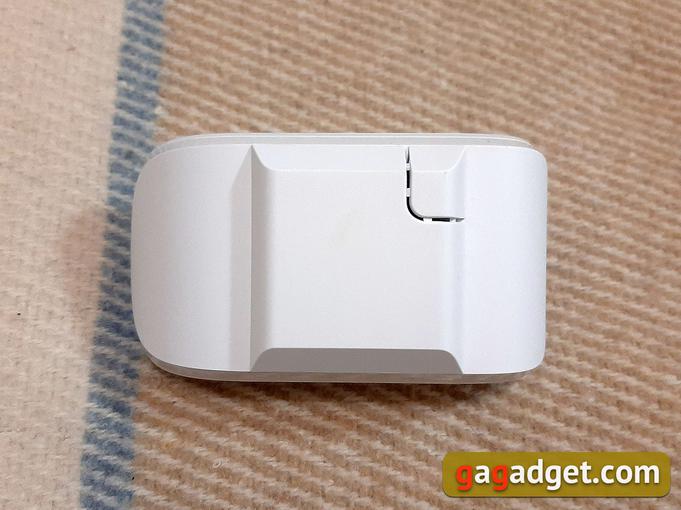 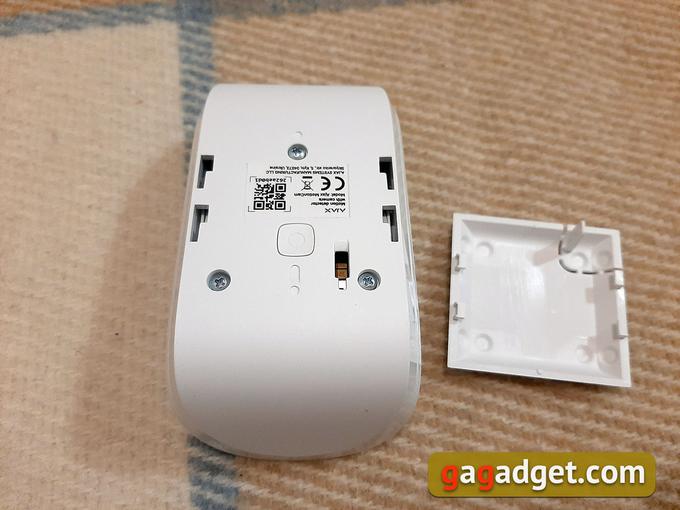 The camera only triggers when the security mode is activated and an alarm is detected. There are three sensitivity levels. On average, even light movements of the hand do not pass by the MotionCam unnoticed; the triggering is instantaneous. The device doesn't detect the movement of objects less than 20 kg and 50 cm, so it will work perfectly in an apartment with a cat. The range of the motion detection is 12 meters, and the maximum resolution of images is 640 x 480.

There is one nuance related to the device operation. Although the detector reacts to movement in either direction, the camera is unable to capture what is located right underneath it for obvious reasons. The MotionCam has a horizontal viewing angle of 88.5°. Therefore, place the device in a room in a way that is shown in the picture. The recommended installation height is 2.4 meters.

With MotionCam, the story is roughly the same as with the plug — connecting and operating the device is so easy that it's hard to think of a way to describe it. The device is simply added to the app and is ready for use from then on. Further, in the settings, you can adjust some details to suit your taste. You can determine how many shots the camera will send when triggered (one to five can be set) and adjust sensitivity, picture quality, etc. (see all that in the screenshots below).

For this detector, the alarm scenarios are configured in another menu.

The Ajax series of devices got a decent update, which is a typical feature of the company. Scenarios are free, and if you are already using the system of this company and have the right detectors in your kit, the new features will cost nothing. If you already have a set of Ajax devices, you should decide for yourself whether to pay extra for the new functions or can postpone the purchase. If you are just thinking about buying a security system in an apartment or small office and looking in the direction of Ajax and are deciding between a basic set without MotionCam and one with it, I would advise you to consider the second option; the price difference is not so great (about 20%), and the additional benefits are so many.