The results of the week: an explosion of a smartphone Nokia killed a girl, Apple engineers created a gadget for hacking the iPhone and the announcement Meizu E3

In India, a mobile phone exploded right during the conversation . The girl received incompatible with life burns of the chest, legs and hands. The incident has already commented on HMD Global. As the brother of the deceased said, the exploding phone was a model Nokia 5233, 2010 release. "18-year-old Uma Oram connected her Nokia phone to the charger, continuing to talk with one of the family members. Suddenly, a clap of cotton came and the girl fell unconscious, "eyewitnesses reported. The current owner of the Nokia brand, HMD Global, has already commented on the tragic event: "Although we could not independently verify the facts of any of the reports submitted to us, we guarantee that the mobile phone in question was not manufactured or sold by HMD Global, Nokia phones, installed in 2017, to create a new range of Nokia devices "- the official representative of HMD. The investigation of the incident continues.

9to5mac reports that Grayshift has created a GrayKey device that managed to unlock the iPhone without knowing the password . GrayKey looks almost identical to Apple TV - it's a gray box, only with a pair of connectors for connecting iPhone. It takes 2 hours to 3 days to break a single tube, depending on the complexity of the password. The most interesting thing is that the smartphone does not need to be connected at all this time - GrayKey grabs a few minutes at the start and a few more minutes at the end to return data to the smartphone hacking. The device was created by several former Apple engineers and cyber security specialists who worked in the special services. Mac Rumors writes that GrayKey is not a device for the mass market at all and it just will not be possible to buy it. Instead, Grayshift offers services for hacking the iPhone - for $ 15,000 hack the iPhone, connected to a particular network, for $ 30,000 - almost anything. In more detail about the program process of hacking, Western sources, unfortunately, do not tell anything.

Meizu introduced a new smartphone Meizu E3 . The novelty in the all-metal case is equipped with a 5.99-inch Full HD + display. The heart of the smartphone was the eight-core Snapdragon 636 with graphics Adreno 509. The operating memory is 6 GB, there is a version of 64 GB or 128 GB ROM. The main dual camera consists of two modules: 12-megapixel (Sony IMX362, pixel size 1.4 microns) with aperture f / 1.9 received a fast autofocus system Dual Pixel. The second module with 20 megapixels (Sony IMX350, 1.0 micron) with f / 2.6 optics is used not only for the bokeh effect with blurring of the background. Frontal camera at 8 megapixels. The fingerprint reader is located on the side edge. The battery is 3360 mAh. The smartphone supports fast charging of Cold mCharge with a power of 20 W, which allows you to charge your smartphone to 53% in just 30 minutes.
The smartphone is available in black, blue and gold (with a white front panel) options. In Meizu E3 is the shell Flyme based on Android 7.1.1 Nougat. There is Bluetooth 5.0, dual-band Wi-Fi 802.11ac, GPS, USB Type-C port, 3.5-mm headphone jack. In China Meizu E3 will go on sale on March 31, a 6/64 GB version is estimated at $ 285, and the top version for 6/128 GB will cost $ 315. The novelty will not be officially supplied to our market.

Some owners of Samsung Galaxy Note8 began to receive an update to Android 8.0 Oreo. Despite the absence of official comments, the "lucky ones" installed the firmware R16NW. N950FXXU2CRA1.DM at your own peril and risk - and everything went well. Obviously, this is just a test run. Since the update was not available to all Galaxy Note8 owners, we can conclude that this is a test before the large-scale release of Android 8.0 Oreo. It's strange that Galaxy Note 8 did not even participate in the beta program. Now the test firmware was received only by a small group of owners of Galaxy S8 and Galaxy S8 Plus, and the beta test will be completed on January 15. Yes, and Samsung has not commented on the update of Galaxy Note8. Full list of changes read in the original news . 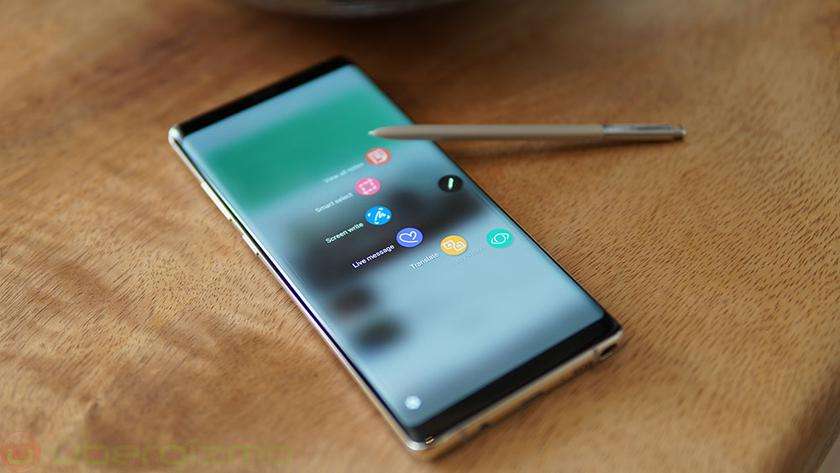 Xiaomi launched a Mi Exchange campaign to exchange old smartphone models for new Chinese brand devices . You can exchange not only Xiaomi devices, but also gadgets of other manufacturers. On the site Mi. com 15 brands are represented, among them Google, Samsung, Huawei, NTS, etc. To exchange the gadget you need to choose the model of your smartphone and find out how much it was appreciated. For example, the cost of used OnePlus 3 $ 128, last year's OnePlus 5 - $ 200, and Google Pixel - $ 192. After that you will need to enter IMEI and get a coupon for the purchase of a new Xiaomi smartphone, which is valid for two weeks. If the price tag of the new model is lower than the old one - the difference does not return the company. If the cost, on the contrary, more - will have to pay. Exchange is not subject to inoperable smart phones that have cracks on the displays, various dents and chips on the case, as well as other external damage. Now Mi Exchange is working as a pilot project, only in India.

In the Chinese Certification Bureau appeared unannounced smartphone company ZTE . He got the model number of ZTE V0920. According to TENAA, the model has a 5.45-inch screen with a resolution of 1440 × 720 pixels. The device was equipped with a processor with a clock speed of 1.4 GHz, 3 GB of operating and 32 GB of internal memory. The autonomy of the device is answered by a battery for 3200 mAh. "Out of the box" the novelty will work on Android 8.1 Oreo. ZTE V0920 weighs 132 grams and has the following dimensions: 146.8 × 68.7 × 7.6 mm. At the front of the device you can see the screen, and above it, a talking speaker and front camera at 5 megapixels. On the back there are a fingerprint scanner and a dual camera at 13 Mp + 2 Mp. It is located horizontally. On the right side there are buttons for adjusting the volume and power. The smartphone has passed certification, therefore it can be assumed that the announcement of the device is already quite close.

Popular spinners are on the list of goods that are dangerous to children's health . This is stated in the recently released report of the European Commission for 2017. The reason for entering the registry is small details that can be swallowed by children. For example, a swallowed button battery from a glowing spinner can cause burns to the esophagus and intestines, not to mention larger cells that can block the child's airways. The report says that they do not comply with EU security standards, moreover, the document recommends a ban on the sale of turntables.

At the base of the Chinese regulator in telecommunications TENAA appeared model K350 . Most likely, this will be the next budget model of Lenovo, as evidenced by its characteristics. The K350 will receive a 5.72-inch screen with a resolution of only 1440 × 720 pixels, an unnamed processor with 8 1.5-GHz cores, an 8-megapixel front camera and a dual main camera (8 megapixel resolution) and a 3000 mAh battery. It is reported on three modifications of the device: 2 + 16, 3 + 32 and 4 + 64 GB of memory. Work K350 will be on the operating system Android 7. Its dimensions are 153.8 × 72.7 × 7.8 mm, weight is 160 g. The date of announcement and the price of this Lenovo model are still unknown, but it will clearly occupy a place in the budget segment of smartphones. 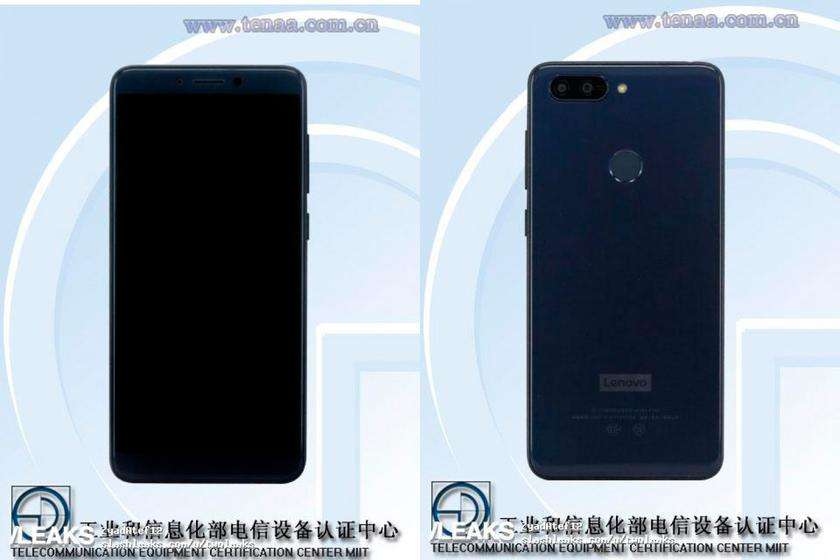