The results of the week: the evolution of Samsung cameras (infographics), AnTuTu named the most powerful smartphones in February and the launch of sales of Galaxy S9 Microsoft Edition

The main feature of the Galaxy S9 and S9 + was a camera with a variable aperture. Before the start of sales of the new generation of flagships, Samsung decided to recall the path taken by mobile photography in the last 18 years and presented the infographics with the history of the development of cameras in Samsung phones. Her and other interesting information about Samsung smartphones look in the original news .

Developers AnTuTu updated the rating of performance of smartphones based on Android . The first three places were occupied by smartphones Huawei on the proprietary processor Kirin 970 with artificial intelligence. Huawei Mate 10 showed the best result in 214750 "parrots", the older Mate 10 Pro lagged behind it literally by a hair, and Honor View 10 (also Honor V10) scored 213758 points. For the first three go smartphones OnePlus 5 and 5T with an average result above 211 thousand points. Further - Nubia Z17 and Z17S. Xiaomi Mi 6 took the eighth line, typing 207,086 "parrots" in AnTuTu. And the "frameless" Xiaomi Mi Mix 2 was able to get ahead of the current number ten in the face of Samsung Galaxy Note 8. The creators of the benchmark added that Samsung Galaxy S8 +, Sony Xperia XZ Premium and Samsung Galaxy S8 took the 11th-13th place.

Sales of the new flagships Samsung Galaxy S9 will begin on March 16. By the time of sales, Microsoft also joined the company, which already traditionally offers devices with a full package of its services. In the corporate stores Microsoft can order Samsung Galaxy S9 Microsoft Edition . Directly out of the box they come bundled with services and applications of the corporation. This is Office, OneDrive, Cortana, Outlook, Skype, EDGE and others. There is not enough only Launcher (application for creating an individual appearance of the device), but it can be downloaded separately. By integrating with the OneDrive cloud, all data is synchronized from a computer or laptop. For a smartphone with a "filling" Microsoft asks $ 719 for the base version and $ 839 for the senior. 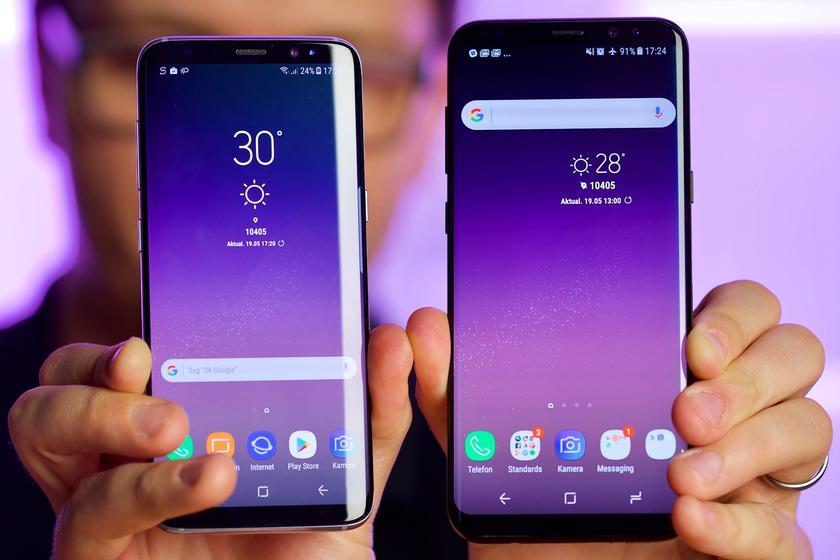 The giant Intel is considering buying Broadcom . Intel no longer produces SoC for smartphones, it still produces other components for devices. Sources Wall Street Journal argue that Intel is considering different options for eliminating the threat in the form of a possible appearance of a new company, and the purchase of Broadcom is one of them. The merger would allow the company to strengthen its position outside the processor market. As a possible scenario, the acquisition of other, smaller companies is considered to remain competitive. So far neither Intel nor Broadcom have commented on this information in any way. 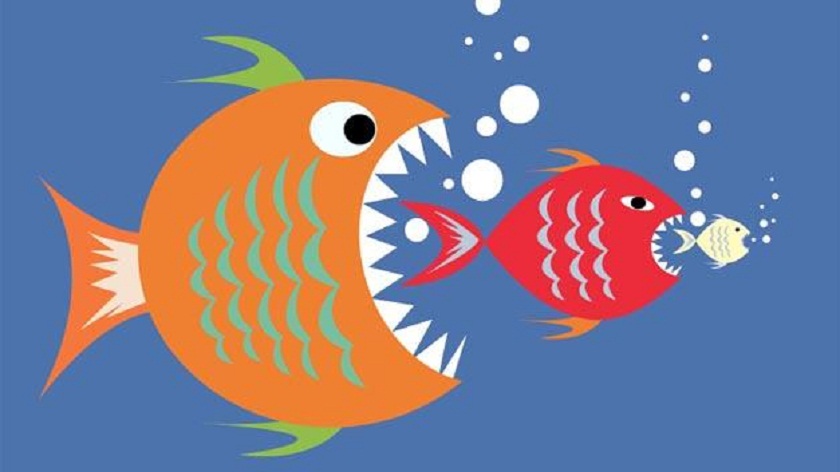 Since 2015, the keyboard MacBook uses the mechanism of "butterfly". It has one unpleasant feature - with time the buttons begin to stick due to the small debris that has fallen under them. Judging by Apple's new patent, the company is already working on solving the problem . The document describes a variety of ways to protect the keyboard from dirt and spillage of liquid. Engineers suggest using flaps, gaskets or brushes to fill the space between the keys without gaps. An alternative is the membrane to isolate each mechanism separately. In one variant of the design, when pressed, the air button exits the holes in the membrane and blows off the dust. Also indicated is the system in which the laptop cooling system is activated. When they appear in the laptops of the company - it is not known, so do not rush to throw out rubber pears and compressed air bottles for blowing the keys.

Chapter Xiaomi Lei Jun during the Chinese festival "Lantern Festival" reported that Mi Band 3 be ! And to be very soon. The specifics at the press conference did not sound much, and the most important facts were two facts - despite the pack of improvements, Mi Band 3 will be at the level of previous models (about $ 30 depending on the country). Fact number 2 - a bracelet will appear on the market until the end of 2018. According to the head of Xiaomi, the third version of the tracker will be extremely advanced. According to them, the following picture emerges: the bracelet will have NFC, which will allow you to work with payment systems like Google Pay and a full-fledged GPS module. The third innovation according to insiders should be the protection against water according to the IP68 standard. 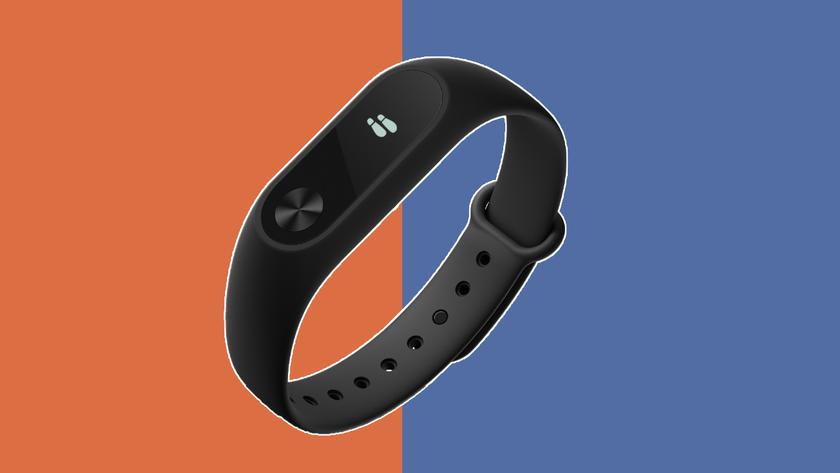 Famous blogger Zack Nielson, the author of YouTube channel JerryRigEverything, has already received a brand new flagship Samsung Galaxy S9 and has arranged for him a traditional crash test . "Nine" was a tough nut and although it remained after the test a little "shabby," but most importantly, she survived. So, the protective glass is scratched with a material with a hardness of at least 6 on the Mohs scale (mineralogical scale of hardness), and the fingerprint scanner, although it is easily scratched, but continues to work. The smartphone also does not bend on either side, and the display resumed after heating with a cigarette lighter, which is very rare for AMOLED panels. 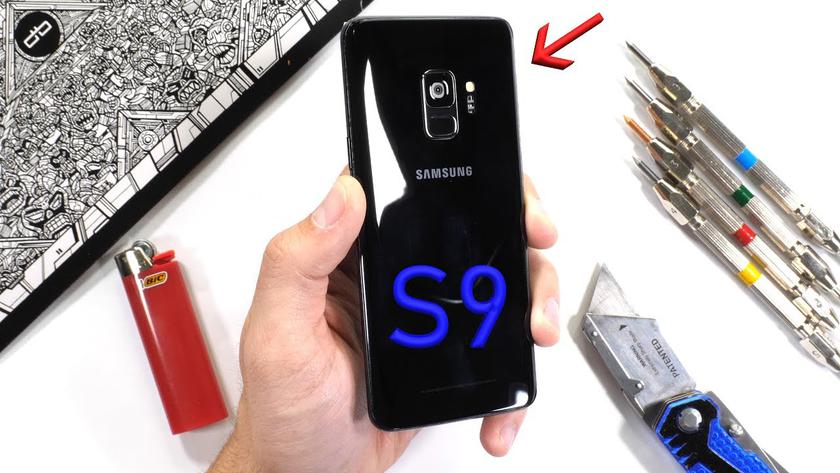 LG V30s ThinQ and V30s + ThinQ come out in South Korea, so their price turned out . The base model with 6 GB of operative and 128 GB of flash memory will hit the counters with a price tag of $ 975, and a plus version with 6 + 256 GB of memory will receive a price tag of $ 1020. In new models, LG has increased the amount of internal memory from 128 GB to 256 GB. Otherwise, the filling remained exactly the same as in the usual V3: Qualcomm Snapdragon 835 processor, 6 GB of RAM and 6-inch P-OLED display (2880 × 1440). The main differences are related to artificial intelligence. 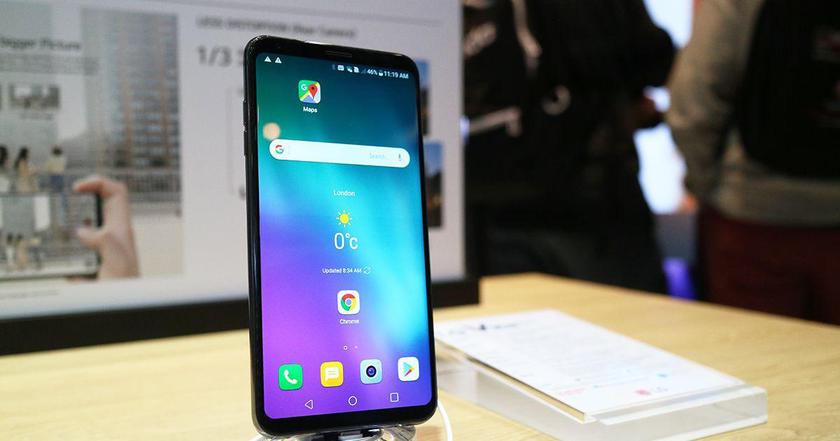